The government has commissioned national manufacturing, but the population mistrusts the official information.
By Christian Valera Rebolledo May 10, 2021
Facebook
Twitter
Linkedin
Email 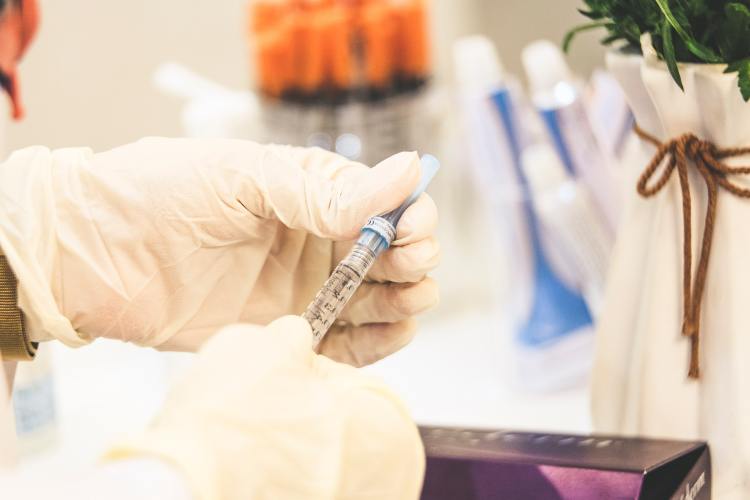 Bringing vaccines from other countries is expensive. The Mexican government expects to have a nationally-produced one by the end of 2021. (Sam Moqadam/Unsplash)

The veterinary pharmaceutical firm Avimex and Mexico’s National Council of Science and Technology (Conacyt) are working on a new COVID-19 vaccine: Patria.

Founded in 1952, Avimex is a Mexican company dedicated to developing and manufacturing biological products, while Conacyt is a federally-funded agency devoted to scientific development.

The country expects to begin administering the Patria vaccine by the end of 2021. For the Mexican government, a nationally-developed vaccine would mean substantial savings compared to buying vaccines abroad.

“After analyzing the technological platforms at its disposal, Avimex determined that a recombinant Newcastle Disease Virus (rNDV) has the potential for success in the vaccine against COVID-19,” according to the company’s press release.

Phase one trials are about to begin in Mexico City, and Mexicans are already giving their opinion.

“[If asked] I would participate in the study phases. I trust it because, deep down, the patent is foreign. I read that a university in New York developed it,” said Armando Mata, an accountant at a real estate company.

Behind the Patria vaccine there is technology from the Icahn School of Medicine at Mount Sinai, in New York, and a protein developed by the University of Texas at Austin.

“I do think the government is going to move forward with it, but I don’t believe it will be ready by the end of the year,” said Mata.

Conacyt’s Internet portal announced that it would recruit between 90 and 100 volunteers living in Mexico City to carry out a trial.

“I would receive it without a problem. But [the Mexican government] says so many things that are often unclear, which is what makes you question what is really happening. We must remember that when the pandemic began, the authorities advised us to continue hugging each other and told us that face masks were not necessary,” Mata said.

President Andrés Manuel López Obrador named the vaccine Patria, which means homeland. “We believe that we should speak out and defend the country, hence the name,” he said in one of his morning press conferences.

Despite the progress in the Patria vaccine development, mistrust among the population could be a significant obstacle.

“Honestly, I mistrust the government that wants us to get a foreign-patent vaccine without being clear about it,” said Juan Ramón Calvo, who works in a clinical laboratory. “Not telling the truth from the beginning gives rise to speculation, and the government is not being honest about the origin of the patent.”

“I think that before buying a patent from a university in the United States, perhaps they should have given more support to the scientists who are completely devoted to developing 100-percent Mexican formulas. You have to highlight what Mexicans do at the international level,” said Calvo.