Mexico’s Education Reform Could Be A Pipe Dream

The universal right to go to school in equitable conditions is an elusive goal, especially during the pandemic.
By Nazaret Estrada May 10, 2021
Facebook
Twitter
Linkedin
Email 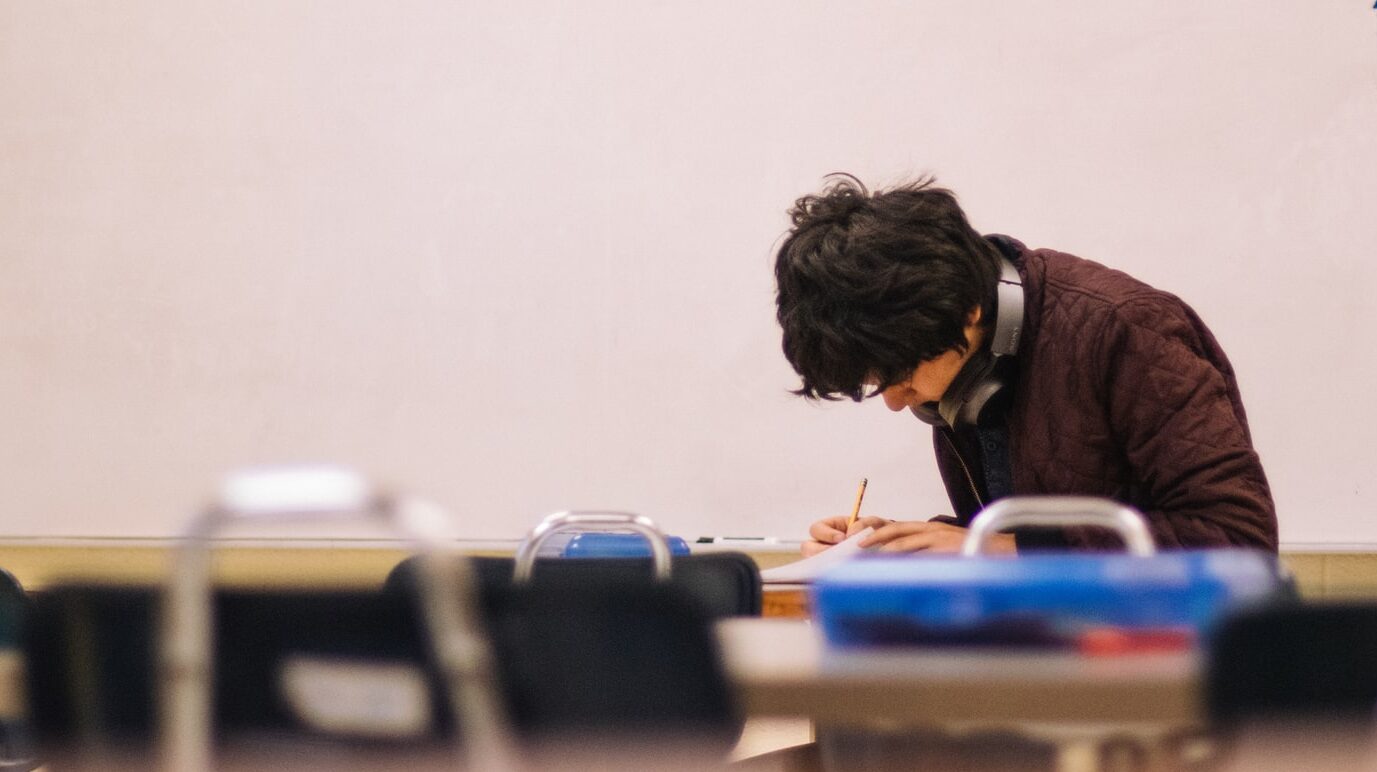 The results of Mexico's education reform have been disappointing for teachers and students. (Jeswin Thomas/Unsplash)

MEXICO CITY — Mexico has been attempting to reform its educational system at the federal level for decades. Today, problems continue and increase with the COVID-19 pandemic.

“There is no hope for the country’s employment and economic problems, and I sadly see that education reflects [the challenges of] our society. However, it must have a future. It would be distressing to say it does not [have one],” said Guillermina Calderón Flores, a 53-year-old elementary school teacher with 33 years of experience in the classroom who is currently teaching third grade.

In Mexico, secular, free and mandatory education is a constitutional right. In addition to guaranteeing this right, the education reform and the New Mexican School program aim to secure an inclusive, multicultural, high-quality public education with equal opportunities at all school levels.

President Andrés Manuel López Obrador proposed both the reform and the program two years ago. In addition, he wants to create 100 universities throughout the country.

But between the challenges that the Mexican education system faces and the pandemic, the results have been disappointing for teachers and students.

Darío Kin, 14, a sophomore at the Aberdeen Institute’s high school in Mexico City, said he knows little about the reform, beyond that girls have rights, and that equity secures education for all people.

However, he is not sure that the reform is achieving its goal. “I wish there were an education tailored to the different abilities one might have,” he said.

Kin does not like to study online. “Internet problems are horrible. A bad connection might take you out in the middle of the class, even if you don’t want to. Audio and other things get stuck.”

Sarahí Hernández Gómez, 19, a fourth-semester biology student at FES Iztacala, is currently studying online due to the pandemic. She pointed out that students are receiving lower-quality education during the lockdown. “Many teachers are not trained to teach in the way they are doing it.”

Parallel to the education reform, the Mexican government approved financial aid for low-income students. “It is not true that the scholarships are for everyone,” said Hernández Gómez. “If the government cared so much about not having dropouts, there would not be so many people who stopped studying for economic reasons.”

“Mexico says, ‘I want to have an ignorant country, a sheep country,’ instead of choosing to have people who do know, who do read, who do inform themselves,” according to Hernández Gómez.

Elena Barón, 19, a second-semester psychology student at Mexico’s National Autonomous University in Iztacala, said the pandemic has been another blow.

“We were already going at a slow pace, and it was hard for us to study. Over time, this lack of tools, both technical and knowledge, became evident. Nobody was prepared. And, yes, I recognize that there has been an effort, but it is not enough,” she said.

Barón does not understand how scholarships are granted: “I think a problem with scholarships is that they entail a very bureaucratic process.” She has not received one, and doesn’t understand why.

“It is unfair. We are all in a difficult situation, and we need that incentive to continue studying. Not receiving the scholarship without knowing why is very sad. My average is 9.5 [10 being the highest grade].”

Regarding the quality of the education she receives, Barón said, “we have never been taught to be analytical, thoughtful, or reflective. It is difficult for us to develop critical thinking out of nowhere. We need time and practice.”

Since the 1950s, Mexicans have heard slogans in every presidential administration promising to improve education.

One of the best-known campaigns is the education reform carried out during former President Enrique Peña Nieto’s administration (2012–2018). “Quality education with equity” posited that if teachers had a high academic level, which would be evaluated in an “impartial, objective and transparent way,” children would have the opportunity to earn a high-quality education. In other words, teachers had to pass exams to keep their jobs.

This reform, aimed at primary and secondary education, gave scholarships. It also strengthened a free, secular, public education; sought to eliminate junk food in schools; and supported full-time schools (working with students for 6 to 8 hours). It had many detractors, however.

The now-defunct National Institute for the Evaluation of Education carried out the teachers’ and managers’ evaluations. The results led to layoffs. With this reform, Peña Nieto declared war on the teachers’ union, one of the most powerful in Mexico.

Angry teachers demonstrated across the country, leaving millions of children in Oaxaca and Chiapas without classes.

López Obrador reversed this and other educational reforms, but his proposals have also been questioned, especially in the context of the pandemic.

If before COVID-19 students did not meet essential educational competencies, now it is more likely that low-income children and young people will leave school forever.

Despite the government’s efforts to secure distance education through virtual platforms, radio and television, school disruptions have hurt learning outcomes.

Online classes have made evident that Internet access in Mexico is insufficient. According to the Survey to Measure the Impact of COVID-19 on Education, 16 million households in Mexico do not have an Internet connection.

The survey shows that 80,851 students (26.6 percent) say that online classes are not very functional.

Calderón Flores said the pandemic made things more challenging but that the situation was already pressing.

“This has been going on for a long time. Parents say, ‘If I have my business and I can live from it, there is no point in my son studying to end up as a taxi driver … The lack of interest in school was born from this view.”

The teacher said the results of the ongoing problem are evident in the classroom. “In general, there are feelings of frustration and sadness because students make a great effort and have poor results,” she said.

If the latest education reform was created to address these problems, Calderón Flores believes it is not achieving its objectives.

“The changes that this administration proposed are good, including the rescue of indigenous languages, although we still do not know how they are going to carry it out,” she said.

Calderón Flores sets a goal for Delfina Gómez, Mexico’s new Secretary of Public Education: to design an education plan that includes the renovation of the school system.

“She has to set goals and set priorities and attend to them, without sticking to the usual narrative,” Calderón Flores said.

Despite everything, Calderón Flores does not lose hope in education and puts her faith in Gómez for the changes to happen. “When you study, you have a different view of the world, and it changes your life,” she said.