VIDEO: Way To Go: Photographer’s Out Of This World 12-Year Bid To Record The Milky Way

Some 20 million stars were captured in an extraordinary mosaic. 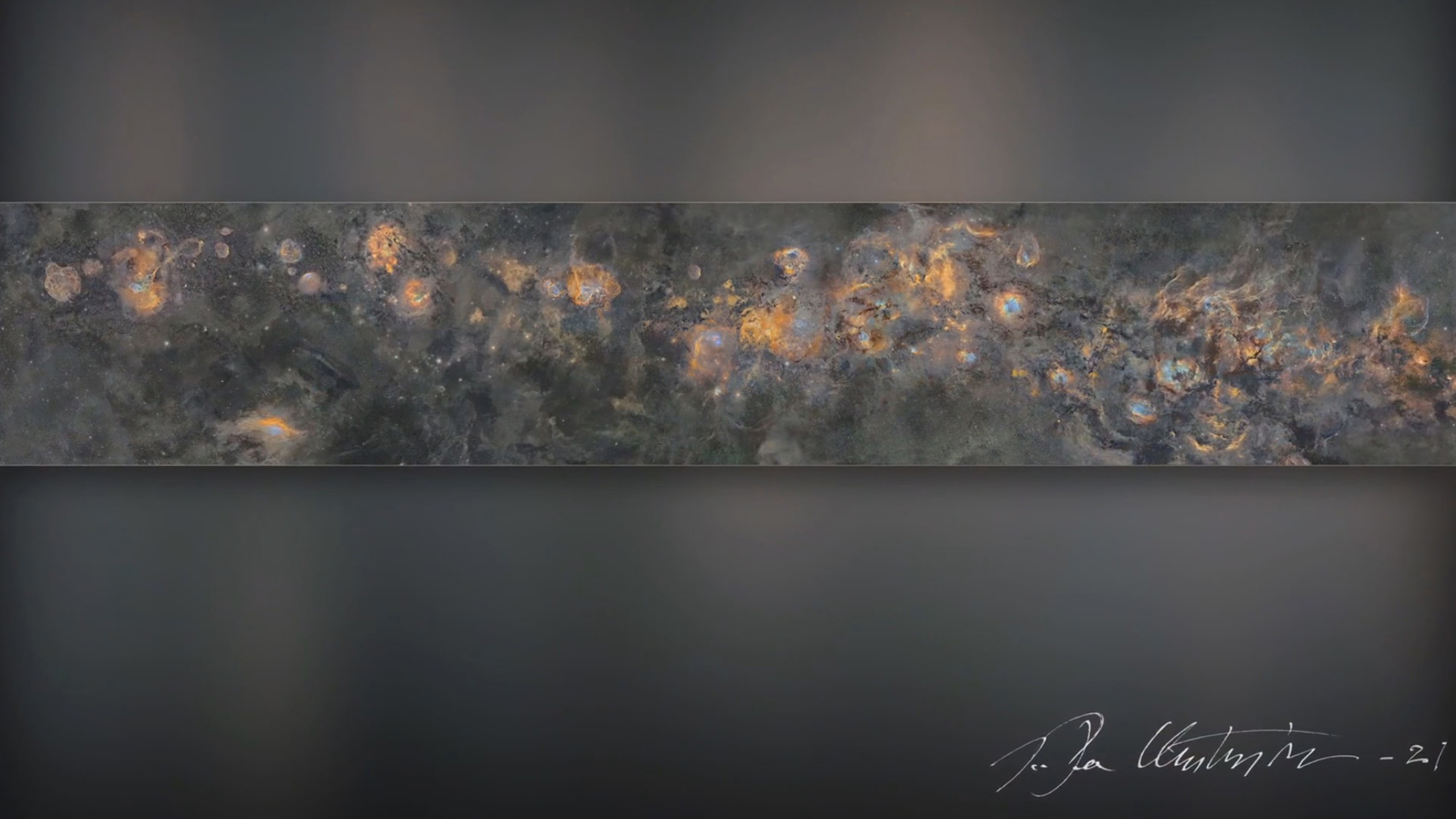 A Finnish artist who turned his camera skyward 25 years ago has completed an unprecedented image of the Milky Way.

Jukka-Pekka Metsävainio, who goes by J-P, began shooting the project in 2009, and it took 12 years and 1,250 hours to make the photo, which is 100,000 pixels wide and comprises 234 individual panels stitched together, featuring millions of celestial objects.

J-P is one of the few to document photons that traveled millions of years through space with such clarity and dedication to detail.

The practice is so rare there isn’t an official name for it. J-P calls himself an astronomical nature photographer. This highlights the unearthly realms he deals in, he says, which are also part of nature.

From his home base in the North Ostrobothnia region, 93 miles below the Arctic Circle, in Oulu, J-P says the location adds some difficulties to his job. “For half a year, I cannot do my imaging because there is no night,” he said. “But the other half of the year is very dark, and in my profession, that is very good. I can start my imaging at four o’clock in the afternoon and end at after eight o’clock the next day.”

It is also freezing cold in Oulu, which means J-P cannot be in his outdoor observatory when he is photographing. His body heat is so different from the ambient temperature of the equipment, it will affect the imaging process.

An astronomical camera is much more sensitive and has four times more resolution than other cameras, he said. He must control the observatory equipment from a computer in the comfort and warmth of his home.

“It’s quite a learning curve in this field because you cannot study it anywhere,” he said. “I have a passion, and that’s what you need. Everything is planned, because when I start photographing a project like this, you can’t change anything. You have to cancel the whole project and start all over again if you want to change something.”

The former graphic artist turned to astronomic photography a quarter-century ago, when his wife’s interest in astronomy piqued his own curiosity for its artistic aspects.

“I bought her a small telescope for Christmas, and we went outside the city and set up the system,” he said. “That was the first time I saw a pale dot in the sky, a very pale yellow dot that we thought was a star, and we aimed at that. It turned out to be Saturn.

“That pale dot suddenly turned to a whole new world. It was just hanging there, and we saw the rings and stripes and moons. Seeing it yourself, really there, it was an amazing experience. As a visual artist, I suddenly wanted to recreate that feeling.”

J-P’s Milky Way mosaic represents his biggest astrophotography project. It contains many objects that have never been photographed before, which has attracted some scientific interest.

“When you talk about deep sky imaging, the bright ones are not actually very bright. Not a single nebula that you can see in this picture is visible to the naked eye and just a few of the stars,” he said.

“There are about 20 million stars visible in my picture, and they are all in our home galaxy. But there are even more stars that are not visible because they are too dim.”

He estimates the number of objects in the range of his picture, but not actually visible, could number in the billions.

“Most of the stars have planets. Then there is an amazing amount of background galaxies only dot-like to even the world’s largest telescopes.”

Some of his favorite cosmic objects travel at over 1,243 miles per second. Despite this, if he took the same photo again in 100 years, they would probably look the same because they are over 100 light-years away. The image is “frozen by the distance.”

His work has drawn the attention of high-profile experts, including astrophysicist Brian May, better known in some circles as lead guitarist for rock band Queen. J-P collaborated with him to produce a book last year.

“He contacted me about 10 years ago, and I didn’t know he was that Brian May. But I replied because he seemed to know about what he was asking, and we started corresponding,” J-P said.

Later, May revealed both his astrophysics credentials and musical accomplishments.

“We have been connecting quite regularly, and a few years ago, he asked if I was interested in making a book with him about my work with nebulae in 3-D. It took a couple of years to finalize, and I made hundreds of new stereo images for the book.”

But for J-P, the Milky Way mosaic remains a work in progress, and the artist has plans to add to its complex field of view.

He continues to address the alliance between art and science.

“You need science and technique to do the art, and they have to be in balance. If something is not done right in any of those aspects, the result is not good,” he said.

“To me, it’s all about the art, but my pictures are also used for scientific purposes.”

J-P’s Milky Way mosaic and images of selected details can be seen on his blog post.