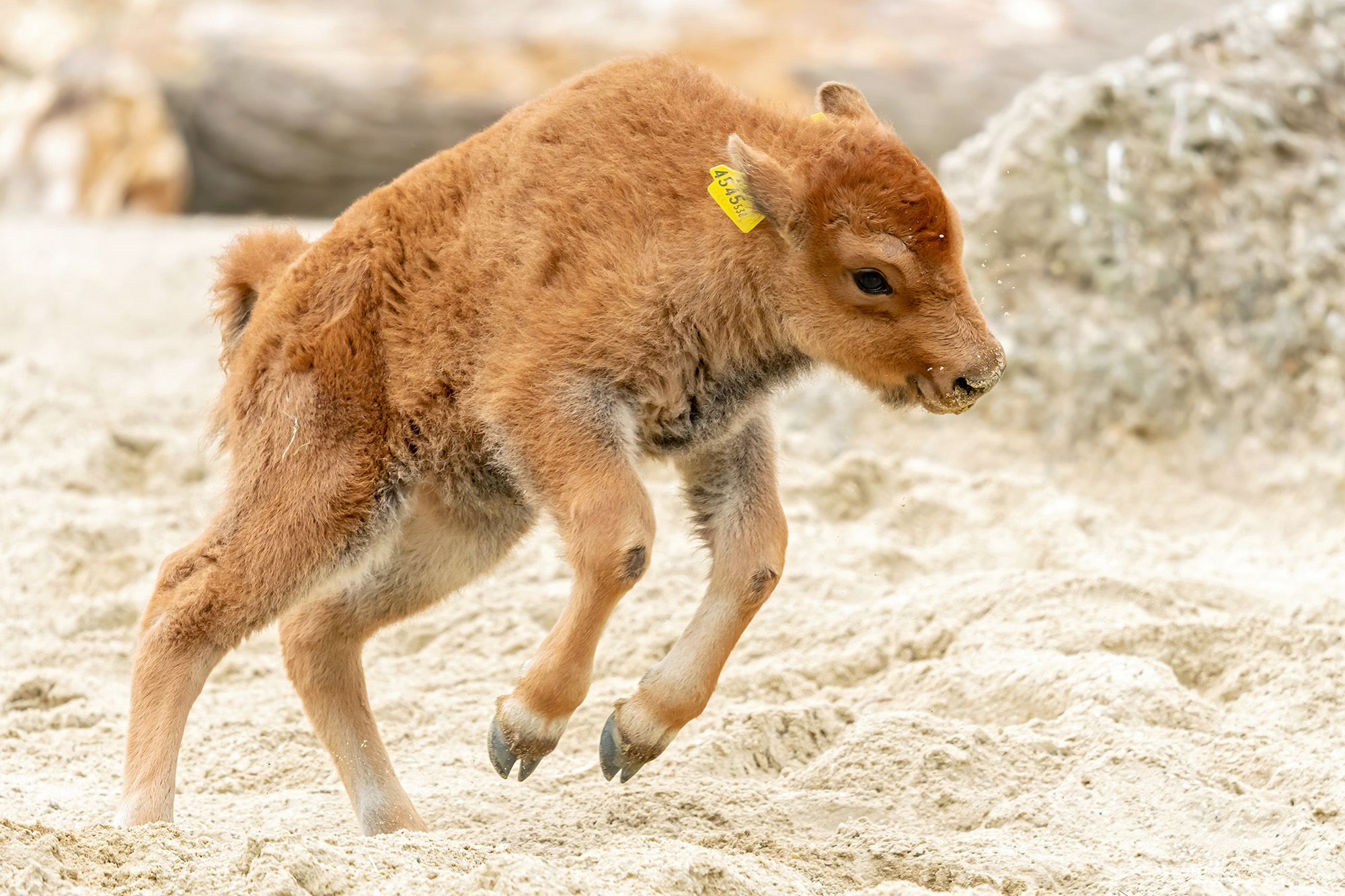 The new bison offspring from the Vienna Zoo in Austria was named Calamity Jane after the famous American frontierswoman. (Daniel Zupanc/Newsflash)

A new female baby bison at the world’s oldest zoo has been named Calamity Jane, in honor of the legendary American frontierswoman.

She was born on April 15 at Schonbrunn Zoo in the Austrian capital Vienna. The calf has orange fur, but it will turn brown within six months.

“Our bison offspring are already experiencing their first big adventures. They run and jump through the facility,” said zoo director Stephan Hering-Hagenbeck.

“The young animal quickly tires from romping around, and it keeps taking short naps in the bark mulch or sand — mostly near mother Yvonka.”

Calamity Jane’s father is Menewa, a bull born in the same zoo in 2011.

North American bison herds were brought to the brink of extinction by European settlers in America, according to the zoo. Only 500 bison out of 60 million survived after they were hunted for their meat and fur.

“Today the bison population is stable, but the former ‘grassland kings’ inhabit only 1 percent of their original habitat,” said Hering-Hagenbeck.

There are around 18,000 wild bison today, reports the International Union for Conservation of Nature. Of these, two large herds of almost 5,000 animals live in Yellowstone National Park in the northwest corner of Wyoming and extending into Montana and Idaho.

The bison’s namesake, Calamity Jane, once ran an inn on her farm in the vicinity of Yellowstone.

The original Calamity Jane was one of the most adventurous women in the 19th century, known for her sharp-shooting, hard-drinking and cross-dressing. She was also celebrated for her kindness.