VIDEO: Heron’s Above: Ungrateful Bird Tries To Bite Its Rescuers

The injured animal was recovered from a trail in New Mexico.
By James King May 9, 2021
Facebook
Twitter
Linkedin
Email 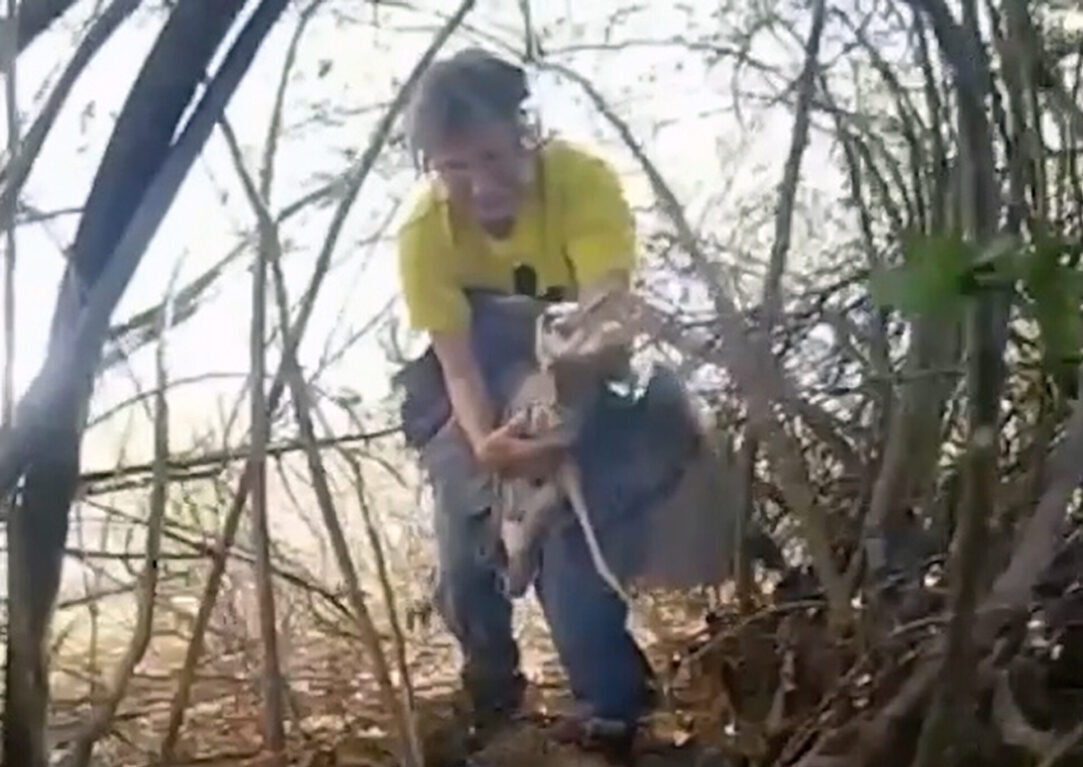 A police officer helps to rescue a feisty injured heron that puts up a fight before being placed in a box.

The video was shot by the Bernalillo County Sheriff’s Office after receiving a call about an injured great blue heron (Ardea herodias) at the Alameda Bosque Trail near Albuquerque, New Mexico.

Body-cam footage from May 6 shows Deputy Boyce Berry arriving in a wild area as a woman carefully removes the injured bird from a thick bush. The animal makes an aggressive sound and appears to struggle to break free.

The video cuts to the woman handing the heron to the deputy, when the bird tries to strike him. The footage shows the pair getting control of the bird before placing it inside a cardboard box with holes in it.

“The bird is currently being treated by the rescue and is hopefully getting back to 100 percent,” the sheriff’s office reported.

There were no reports on the exact injuries the bird suffered or how it became injured.

Great blue herons, which appear blue-gray from a distance, have a wingspan of 65–79 inches.