More than 426,000 refugees in Kakuma and Daadab camps enjoy temporary reprieve from closure, thanks to American intervention. 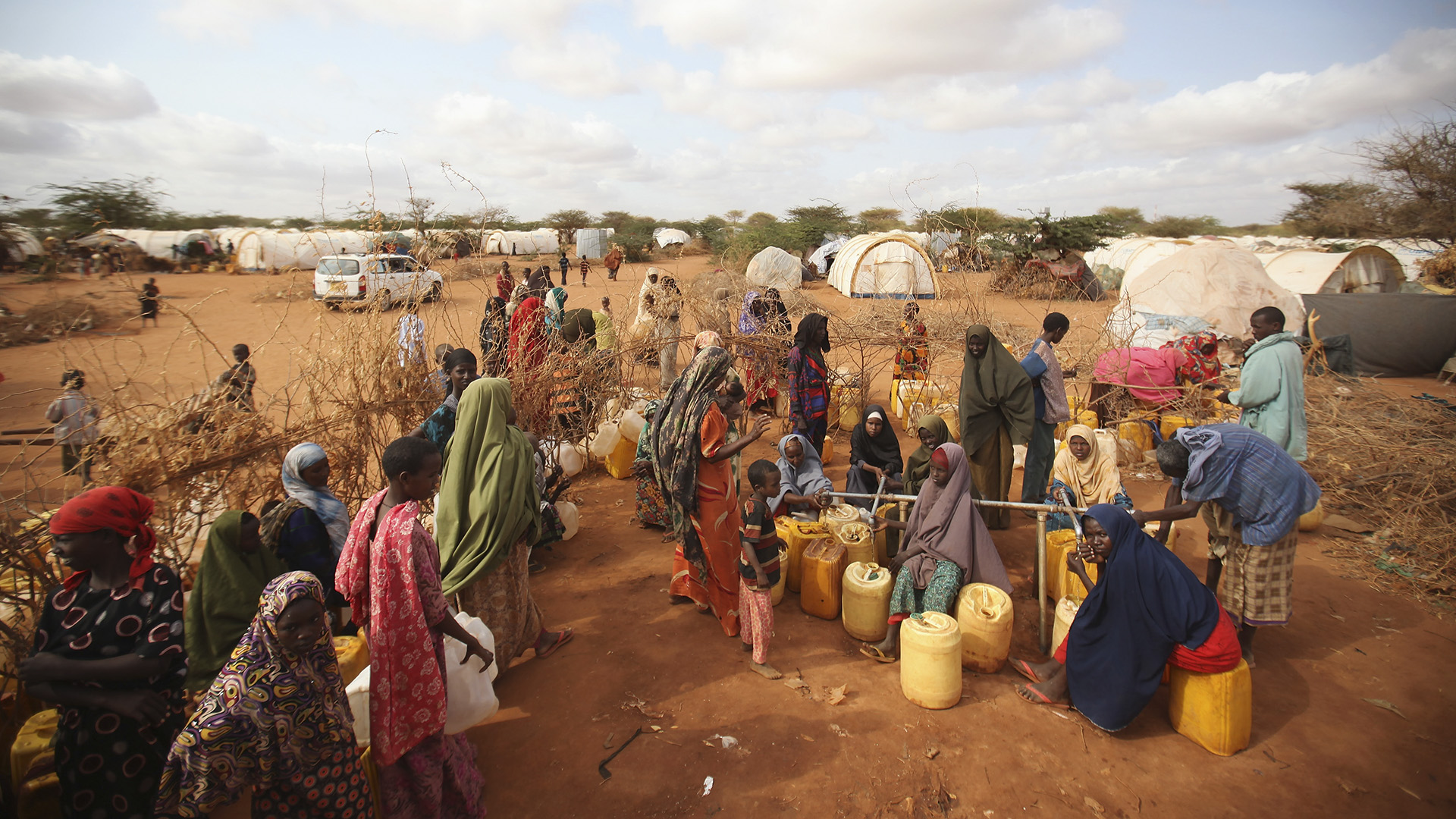 Somalian refugees collect water at the edge of the Ifo refugee camp, which makes up part of the giant Dadaab refugee settlement in Kenya. (Oli Scarff/Getty Images)

KAKUMA, Kenya — Bahama Hydrogene fled political violence in his home country of the Democratic Republic of Congo in 2013. Kakuma refugee camp in north-western Kenya has been his home for the past six years.

“I arrived in Kakuma completely lost,” he told Zenger News.

“It wasn’t easy for me. I could not speak English properly and had no source of income. Kenya doesn’t recognize my academic certificates. I made more than 100 applications for work and scholarships but failed. Yet, going back home was not an option.”

But his stay at Kakuma will end in June next year, according to a deal recently struck between the Kenyan government and the United Nations High Commission for Refugees. 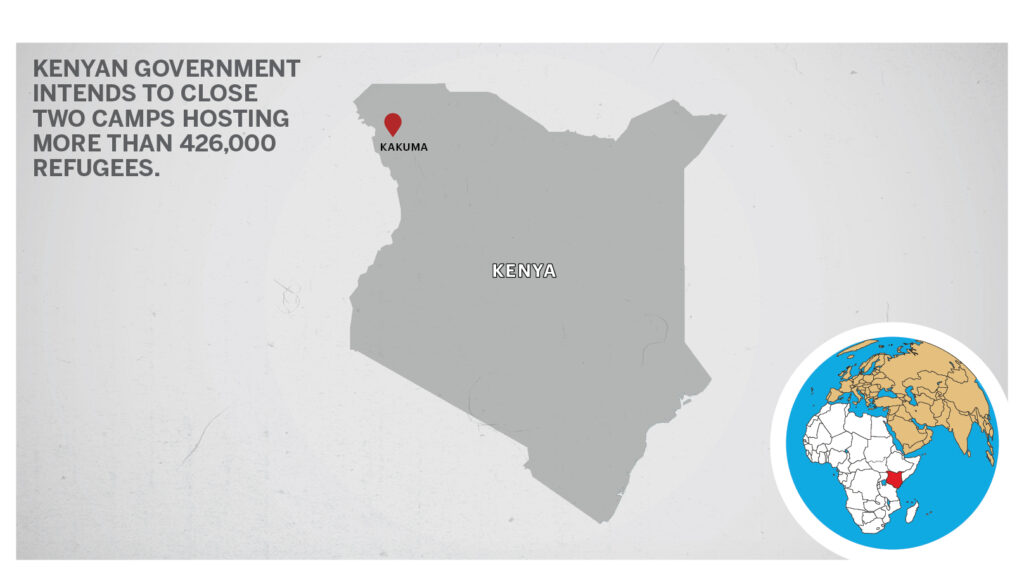 Before this meeting, on April 27, Kenyatta had held virtual talks with the United States of America Secretary of State Antony Blinken. The American official requested the Kenyan government to relax its planned closure of the two camps.

Last year, Kenya received nearly $106 million for refugee protection and humanitarian assistance, according to a statement released by the United States of America Department of State after the two leaders’ meeting.

The meetings came after the Kenyan government issued a two-week ultimatum on April 1, to the United Nations High Commission for Refugees to develop a roadmap on how the camps will be closed.

The camps mainly harbor more than 426,000 refugees from war-torn countries neighboring Kenya, including Ethiopia, South Sudan, Somalia, and the Democratic Republic of Congo.

The last attempt by the Kenyan government to shut down the two camps was in 2016, citing national security reasons. At the time, Somalia-based Al-Shabaab militants were carrying out frequent attacks in the country.

The government said the attacks were being planned and coordinated in the Daadab refugee camp, in northeastern Kenya, on the border with Somalia.

It was convinced otherwise by the international community.

Grandi welcomed Kenya’s decision on the camps, according to a statement released through the Twitter handle of Kenya’s Ministry of Interior and Coordination of National Government.

The statement said a joint team comprising officials from Kenyan officials and the refugee agency is to be formed to finalize and implement a roadmap on the next steps towards humane repatriation of refugees.

Others will be issued work or residence permits and integrated into the Kenyan community, said the Cabinet Secretary for Ministry of Interior and Coordination of National Government, Fred Matiang’i, according to the statement.

Hydrogene worries about what awaits him back home country, the Democratic Republic of Congo. “The political issues that led him to flee to Kenya are yet to be resolved,” he said.

“Back in the Democratic Republic of Congo, I will still be an internally displaced person,” he said and wished the Kenyan government would reconsider its decision to close the camps.

“I do not want to move from one refugee camp to another.”

He said the older refugee population running small businesses in the camps—like selling vegetables, running kiosks, among others—are in a panic.

“These people have known camps as their homes for over 20 years,” he said. “Some got married in the camps and raised children there. Taking them to their respective countries will have a great impact on many of them. Some will not survive.”

Anis Mohammed, founder of StepUp.One, an organization that imparts skills on social media marketing and campaigns to refugees in Kakuma and Daadab, told Zenger News that the planned closure of the two camps is long overdue.

“They cannot stay in these camps forever,” Mohammed said. “They have to come to terms with that fact.”

He said the refugees would enjoy better opportunities in their home countries, and the lessons his organization is teaching them will continue.

“The jobs that we are teaching are not limited to any geographical region,” he said. “Our journey will continue with the same people. It does not matter where they will go. What we teach these people are among the skills in demand around the world.”

However, Yassir Mahamad, a South Sudanese refugee in Kakuma camp, said he is torn between repatriation and being integrated into the Kenyan community.

He said refugees live better compared to the host community.

“Refugees can access things like education, health services, among others that the host community cannot afford,” he said.

The former businessman fled the civil war in his country nine years ago.

He said he would wait for directions from the Office of United Nations High Commission on Refugees and the Kenyan government to decided his fate.