The year-old Andalusian Hound ran off after owner let her off the leash.
By Peter Barker May 9, 2021
Facebook
Twitter
Linkedin
Email 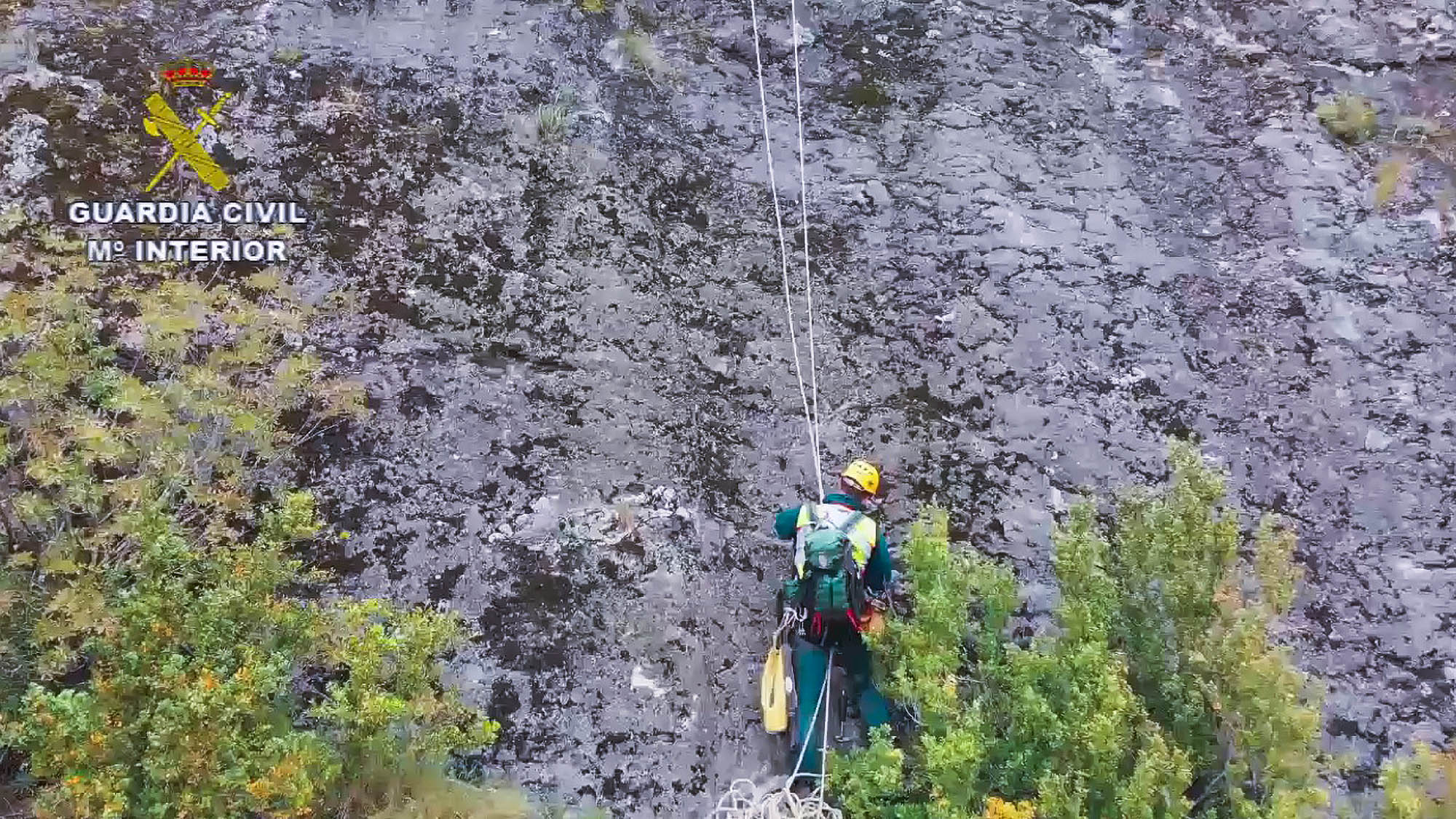 Canela, a dog that had been missing for two days, was trapped on the ledge of the La Foz de Lumbier ravine in Spain, and it was necessary to make a descent of 180 feet (55 meters) to rescue her on May 4, 2021. (Newsflash)

Video shows a member of a special mountain rescue team descending a cliff to save a dog that was stuck for two days on a ledge 328 feet above ground and barking for help.

The dramatic rescue was carried out by the Special Mountain Intervention Rescue Group (GREIM) at La Foz Lumbier ravine located in the northern Spanish region of Navarre on May 4.

The year-old Andalusian Hound, named Canela, ran off after her owner let her off the leash, local news outlet Navarra reported.

The owner called police, which tracked Canela to a ravine after several walkers alerted them to the sound of a distressed dog. It is unclear how Canela ended up on the ledge without serious injuries.

Police were not equipped to carry out the rescue operation, so they contacted the mountain rescue group.

The video shows a GREIM member descending the cliff as his partner keeps him anchored. As he gets closer to the dog, Canela begins to rush around in excitement along the tiny ledge, which authorities estimated was 1.6 feet wide.

Canela greets her rescuers, who hook her up to a harness and carry her to safety. The rescue group then returns the dog to its owner, who had watched the rescue. The dog was in good condition.

“The best gift for us was seeing the joy on the owner’s face when we returned the dog,” said GREIM 1st Sgt. Antonio Manuel Duran.