‘The Alien’ Who Inspired Hollywood: India Gears Up To Celebrate Filmmaker Satyajit Ray 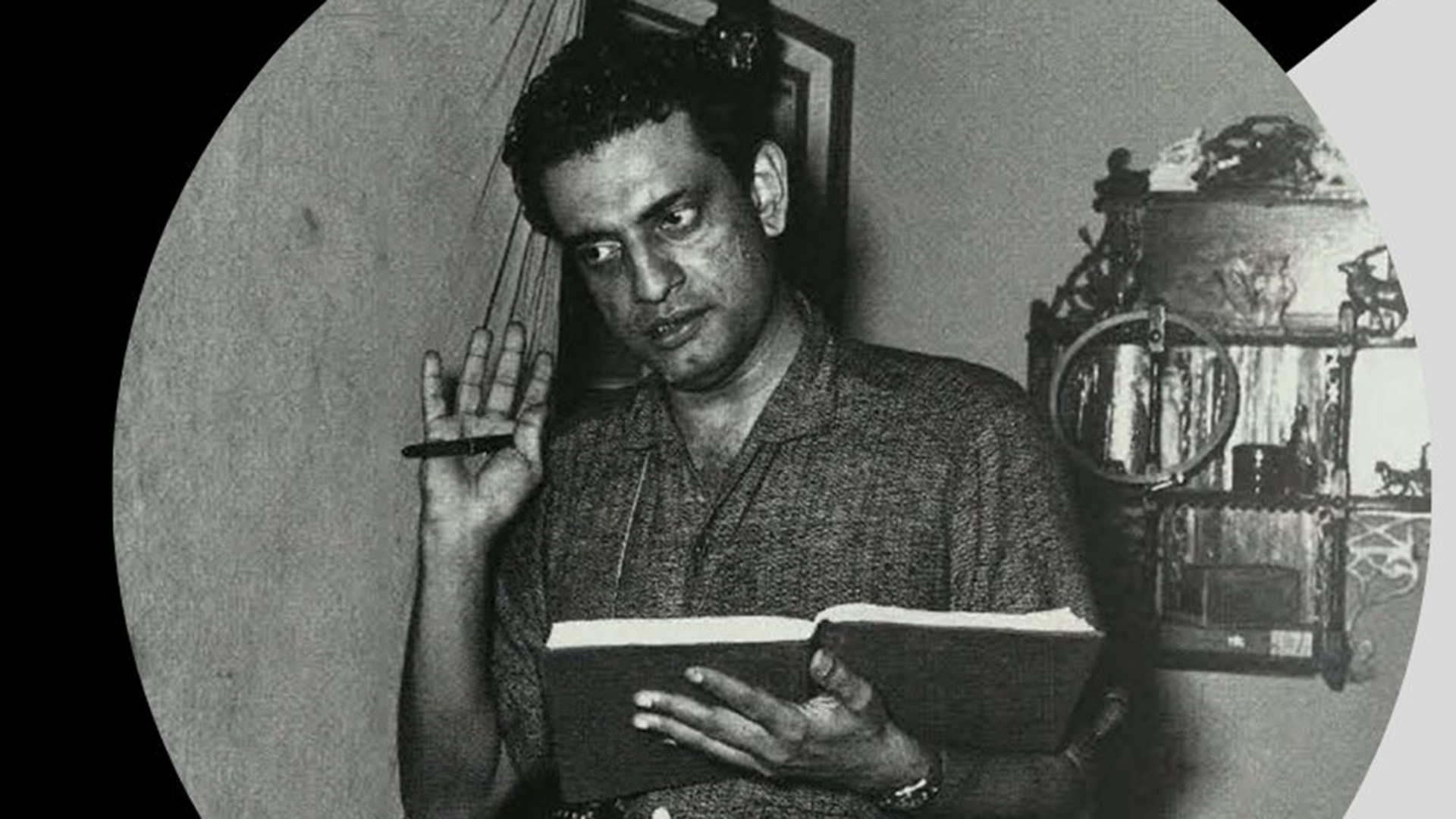 Satyajit Ray Film Festivals will be held in India and abroad through Indian Missions by the Directorate of Films Festival. The task of restoration and digitization of Ray’s work is with the National Film Archives of India. (NFAI, @NFAIOfficial/Twitter)

But they may not know what is common among them — Satyajit Ray. The Indian filmmaker would have turned 100 this year on May 2.

To commemorate his birth centenary, India’s information and broadcasting ministry has planned a year-long celebration in India and abroad.

Popularly known as Manik da, Ray did not confine himself to filmmaking. He was an illustrator, music composer, and writer.

He began with advertising. But soon switched to filmmaking after finding inspiration while illustrating Bibhutibhushan Bandopadhyay’s novel “Pather Panchali” (1929).

That kids’ illustration put Ray on the world map after he adapted the novel into a movie of the same name in 1955. It was titled “Song of the Little Road” in English.

The following year he came out with “Aparajito” (“The Unvanquished”), adapted from another novel by Bandopadhyay by the same name. He then made “Apur Sansar” (“The World of Apu”) in 1959.

The three films follow the harsh village life of the central character Apu. They make “The Apu Trilogy”, which, as Scorsese puts it, “reinspires him”. He says he “became a fanatic watching his [Ray’s] films”.

Nolan, who visited India in 2018, said he got interested in learning more about the Indian film industry after watching “Pather Panchali”. When Coppola, “The Godfather” director, was in India in 2014, he acknowledged that Ray inspired him and called the movie “Devi” a “cinematic milestone”.

Anderson, who confesses Ray has a heavy influence on his movies, dedicated his 2007 film “The Darjeeling Limited” to the filmmaker.

Elia Kazan, American film and theater director, said: “He [Ray] mastered the art of scriptwriting, direction, editing, and scoring music — which very few in the world can equal.

“If he were in Hollywood, he would have proved a tough challenge for all of us.” Kazan is known for “On The Waterfront” (1954).

Ray is counted among the maestros of world cinema for the humanistic approach in his films. But the controversy around Spielberg’s movies “Close Encounters of the Third Kind” and “E.T.: The Extra-Terrestrial” refuses to die down.

In his book “Travails With The Alien: The Film That Was Never Made And Other Adventures With Science Fiction”, Ray states Spielberg’s two movies “bore uncanny resemblances to his script ‘The Alien’, including the way the E.T. was designed.”

Columbia Pictures was producing “The Alien”, the Indian-American science-fiction film. Ray was directing it. This was in the late 1960s. But the team canceled the movie.

Ray believed that Spielberg’s movies “would not have been possible without my script of ‘The Alien’ being available throughout America in mimeographed copies.”

Spielberg denied this by saying: “I was a kid in high school when this script was circulating in Hollywood.” But the jury is still out.

Ray became the first Indian to be conferred with an Honorary Academy Award (1991). He died the following year, weeks after getting his copy of the golden statuette.

Now, as a tribute to this legend, the media wings of India’s information and broadcasting ministry are celebrating his genius in a “hybrid” mode.

“[For now] we are concentrating on the online mode,” said Magdum. As per the ministry, every media wing has its task cut out.

Satyajit Ray Film Festivals will be held in India and abroad through Indian Missions by the Directorate of Films Festival. A special screening of Ray’s filmography will take place at the 74th Cannes Film Festival in July.

The Films Division will create a special section at the National Museum of Indian Cinema, Mumbai. This section would travel to museums across India and showcase souvenirs from Ray’s life and movies.

The Satyajit Ray Film and Television Institute in Kolkata will be inaugurating a statue of the filmmaker on its campus, apart from adding a course on him at the school.

The task of restoration and digitization of Ray’s work is with the National Film Archives of India. “Whatever films we have of Satyajit Ray, we would be digitizing them,” Magdum told Zenger News.

“Whenever the situation improves, it could become a physical exhibition. We would also support other cultural organizations in holding film festivals.”

“Satyajit Ray Lifetime Achievement Award for Excellence in Cinema has been instituted to be given at The International Film Festival of India every year,” Information and Broadcasting Minister Prakash Javadekar said via a tweet.

India’s Home Minister Amit Shah had promised during an election campaign in West Bengal that the Bharatiya Janata Party would institute an Oscar-like award to honor the Bengali icon. The party has since lost the election in the state.

Ray made highly radical and progressive films. While the nation pays tribute to Ray’s legacy, experts opine observing these events won’t help if we don’t celebrate the vision he portrayed.

Duara argues that even though the ministry is paying homage to the legend, it is not focusing on the messages that Ray’s film put up — “to give a real picture.”

“If you are paying homage to Ray, you should pay homage to the idea of objective reality. Things like blind faith and superstitions, he was against all those things. He believed in reality and science, and that’s clear from his films. He believed in assessing the real world and not playing politics.”

“It [paying tribute] is a nice initiative, but the real celebration is preserving what he has done aesthetically,” said Mithunchandra Chaudhari, an independent filmmaker based in Pune.

“If the philosophy that the person exhibited through his work is not preserved, it [the celebration] won’t be of any use.”

Some say the celebration of the personality has never been about the quality of his work.

“Even when he got Bharat Ratna [the highest civilian award in India] or Oscars, the so-called celebration in India was never in keeping with the quality of films he made,” Surendar Chawdhary told Zenger News.

Chawdhary is a former head of the department of direction at the Film and Television Institute of India, Pune. He is also an author of “The Pather Panchali of Satyajit Ray: An Illustrated Study” and has interacted with the maestro himself.

“When he won those awards, they showed his films on television. But they were of poor quality and often not subtitled. Quality is what has been missing from our approach to celebration. We are happy to tick the boxes that all of this was followed.

“But that doesn’t quite match in quality. And that is what separated Ray from others. I hope this time they do something better.”

Some of Ray’s noteworthy work

The Apu Trilogy: One of the most talked-about trilogies in Indian cinema revolves around Apu and his elder sister Durga from a poverty-stricken Bengali family. The three films depict Apu’s childhood in rural Bengal, his college days in Calcutta (now Kolkata), and his adult life.

“Devi” (“The Goddess”), 1960: This movie show in rural Bengal of the late 1800s. It revolves around Doyamayee, who, her father-in-law believes, is an incarnation of Goddess Kali. Eventually, the whole village, including her, starts to think the same.

“Mahanagar” (“The Big City”), 1963: A mirror on the patriarchal norms of the society, the 1963 film is about Arati who starts working due to a financial crunch. With her gradual success in the job, her husband starts growing insecure.

“Charulata” (“The Lonely Wife”), 1964: Much like Ray’s many other films, this movie was ahead of its time. It centers around Charulata, a bored homemaker who starts to develop an attraction towards his husband’s cousin, Amal.

“Aranyer Din Ratri” (“Days and Nights in the Forest”), 1970: The film is based on a Bengali language novel of the same name by Sunil Gangopadhyay. It revolves around four friends as they look for an escape from their busy city life.

«Previous Post
VIDEO: Panda Cub Clambers All Over Her Mom During Playtime»Next Post
VIDEO: Way To Go: Photographer’s Out Of This World 12-Year Bid To Record The Milky Way