Tamarind: The Perfect Mix Between Sweet And Sour

This fruit, popular in Mexican cuisine, can augment drinks, sauces and desserts.
By Carlos Moron May 8, 2021
Facebook
Twitter
Linkedin
Email 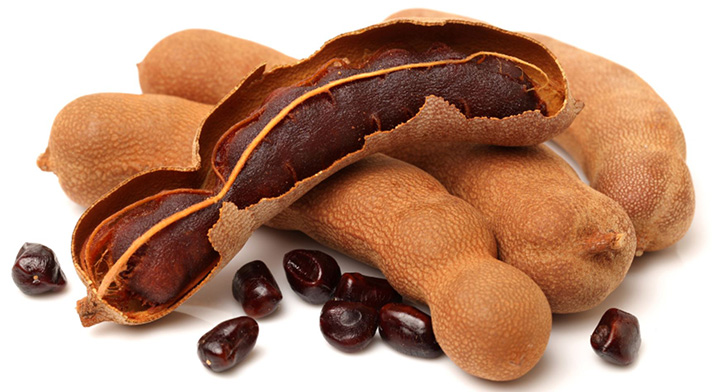 Tamarind has multiple uses both in gastronomy and in herbalism. (Government of Mexico)

Tamarind is a highly adaptable fruit with solid roots in Mexican cuisine.

“Tamarind is an easy-to-find fruit, which also is extremely cheap,” said Elvia Prieto Mendoza, a graduate in gastronomy at Le Chef College in Boca del Rio, Veracruz. “Its versatility is so vast that it can be found as an ingredient of drinks — such as tamarind margarita — as well as foods, candies, or eaten alone.

Though of African origin, the Spanish arrival in the Americas allowed the fruit to propagate to nearly all Latin America, where it became prevalent. Nowadays, it is easy to find this fruit in almost any part of the world.

Mexicans have become exceptionally creative with this ingredient.

“We have dishes such as shrimp in a tamarind-chipotle sauce or pork rinds with tamarind sauce and potatoes. The best-known children’s traditional candies — the tarugos — are tamarind balls covered with either sugar or chili powder. It is such a versatile ingredient for its flavor, whether in a drink or dish,” said the chef.

Tamarind is a fruit that comes in pods with a sweet pulpy inside. Its harvest occurs from February to May, and the ripe pulp has a sour to sweet flavor.

“I eat tamarind during its season because it is a refreshing fruit, especially in a cold drink or as an ice cream topping,” said Mercedes Vidaña Morteo, a housewife from Veracruz.

The fruit has many benefits for the human body, such as vitamins, minerals and high fiber content. Moreover, due to its high sugar content, it is a good source of energy.

It is also possible to prepare a tea with its pulp, which helps to remove flu symptoms such as body aches, coughing and headaches. It can also minimize hangover symptoms and relieve constipation.

Due to its adaptability, versatility and health benefits, tamarind remains one of Mexico’s most consumed fruit, enjoyed by children and adults.