A nationwide drought in Mexico is impacting every facet of life. 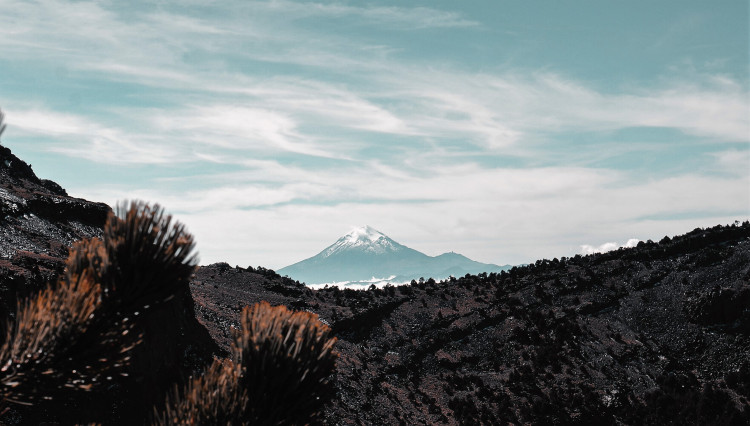 The Pico de Orizaba volcano plays an important role in the state’s water cycle, which is under pressure this year. (Ignacio Velez/Unsplash)

Mexico is facing a terrible drought. High temperatures and a lack of rain have affected Mexican families, leaving them without vital water in their homes.

“We are experiencing something like never before, with a water cycle completely different than previous years,” said Gaspar Monteagudo, Head of the Inspection and Surveillance Department of the Attorney General for Environment of the State Government of Veracruz.

“Although we had foreseen we were going to face an intense drought, we did not expect it as bad as it is. There is no rain, and the basin’s water levels are rapidly decreasing,” he said.

In the last week, Veracruz has seen a severe problem arise. Water shortages are hurting thousands of families who depend on this vital liquid.

The environmental changes and human mismanagement have impacted the state.

“We have an even bigger problem than this drought: climate change. The cities of central Veracruz, Boca del Río, city of Veracruz, and Medellín are completely dependent on resources from the Pico de Orizaba volcano. Yet, clandestine tree felling and fires have severely affected this area, since it has limited the amount of water of this mountainous region,” said Monteagudo.

The Jamapa River’s source lies in the Pico de Orizaba volcano. It supplies water to the water plant of Tejar, which, in turn, distributes the liquid to the cities of central Veracruz. Because of the drought, however, the distribution center has had to close for over 12 hours a day, leaving many urbanities without access to water.

“If there is low water catchment at the volcano’s summit, the Jamapa River course decreases. Alongside the high temperatures, however, the river disappears almost completely. The purification plant that supplies water to central Veracruz depends completely on the Jamapa River. If there is no water there, these cities could go completely waterless,” he said.

The State Secretary of Civil Protection, according to the calendar of seasons and meteorological phenomena for the state of Veracruz, declared the dry season, calling it ‘meteorological drought,’ which began on February 1 and will end on May 31.

At the time, the decrease in rainfall and high temperatures, among other factors, has caused a reduction in the drinking water supply, both for human use and agricultural and livestock production. Droughts cause slowly progressive disasters.

The situation worsens when considering the thousands of families that need water to carry out their daily lives — both at home and at work. To maintain a low, but continuous flow of water, the distribution system closes the valves for several hours to better ration it.

“The situation is desperate,” said Claudia Ferman Yépez, a housewife from the city of Boca del Río. “We have to collect what little water we can in containers so that we can store it during the hours that the valves are open. I have 3 barrels, a water tank and several buckets.”

Ferman Yépez believes it is essential to take care of what little water they have and hope the rains do not delay this year.

“We have to preserve our water as much as we can,” he said. “We have to take care to not over-expend it by washing clothes, dishes or discharging the toilet, for example. We have no other choice but to endure it and wait for the rains to come.”

It will be a difficult month for these families to ration the water, as indicated by the state government. However, the companies in charge of delivering water to these cities have launched a program to reduce the impact of water scarcity. They will bring water directly to people’s homes via tanker trucks.

The government has put in place environmental plans to reforest the upper parts of Pico de Orizaba to avoid further alterations to the water cycle and future droughts.

«Previous Post
Tamarind: The Perfect Mix Between Sweet And Sour»Next Post
Book It: Be It Print Or Digital, Book Preferences May Be Generational