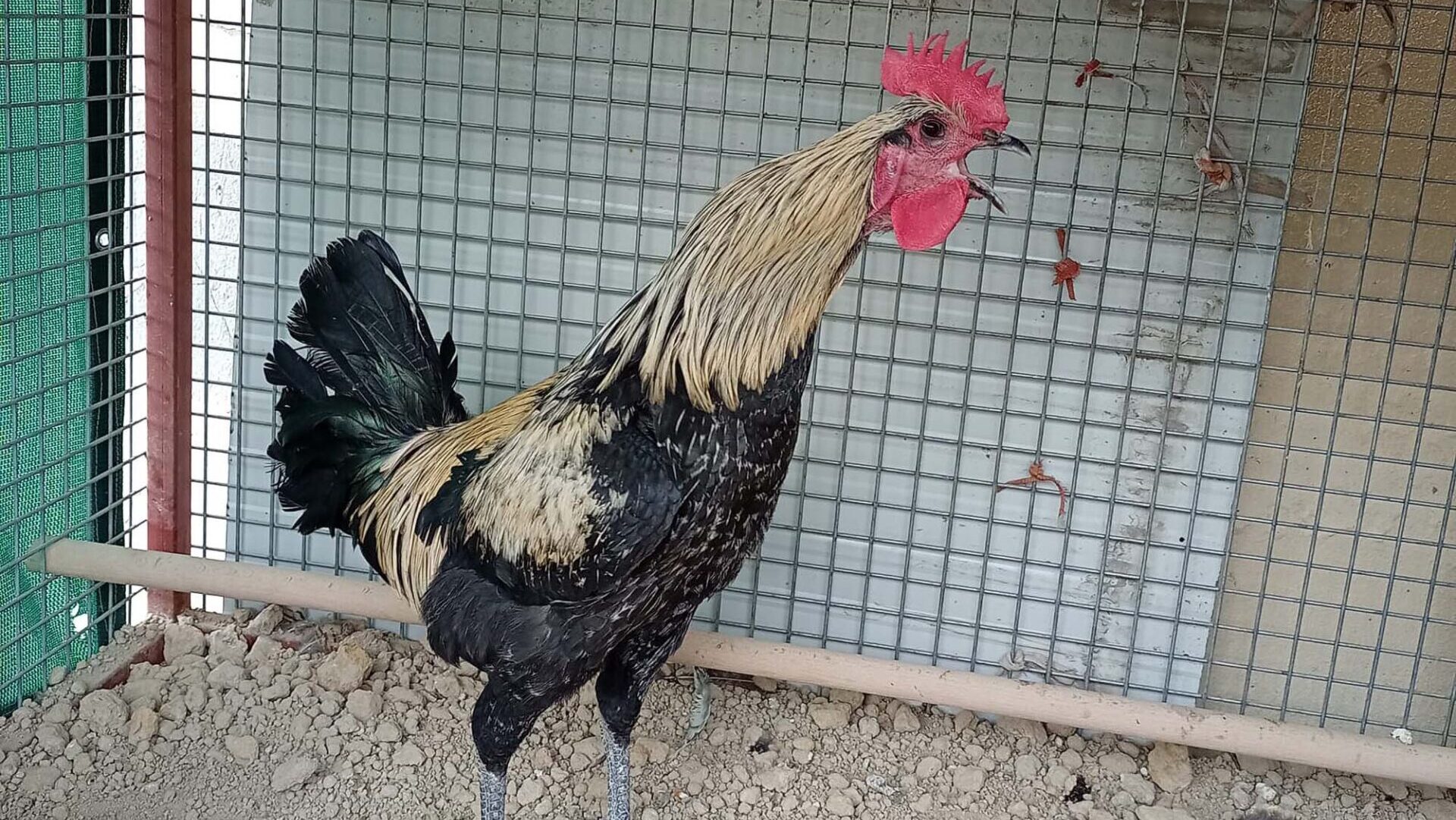 The Denizli rooster named Bahtiyar crows for so long that it runs out of breath and passes out. (Okan Gokbudak/Newsflash)

A farmer who owns a celebrity rooster has had to cancel a world tour after Turkey went into lockdown.

The rooster is popular for its routine of crowing so long that it runs out of breath and faints.

Okan Gokbudak, the owner of the Bahtiyar, determined rooster seen in viral video, said the most exciting part of the trip was the invitation to join Jamie Theakston and Amanda Holden on Heart Breakfast, a commercial radio show in the U.K.

“The producers of the show contacted me at the end of April,” Gokbudak said. “They talked about my rooster Bahtiyar on their show and thought it was great. They want to include us as guests on the show and invited us to England.

“Unfortunately, I cannot travel due to the pandemic. However, getting this invitation made me very happy. Bahtiyar’s international reputation is growing steadily.”

He said people from all over the world have offered thousands of dollars to buy the Denizli rooster after it became a global celebrity for its extremely long crowing technique. The rooster lives at Gokbudak’s farm near the western Turkish city of Denizli.

In one clip, Gokbudak is heard bursting into laughter as he films the bird running out of steam during a hearty crow and dropping to the ground.

He said the bird collapses every time it crows.

“My rooster was crowing in the hen house and I just looked at it because the noise just went on and on. Then I noticed the bird started to shake before suddenly passing out,” he said. “I decided to film it, and when I shared on social media, my rooster became an overnight celebrity.

“I guess the reason it passed out is because it was simply too ambitious. He doesn’t know when to stop, which means it keeps running out of breath and then faints. I know they have a reputation for crowing a lot, but I have to admit this is certainly not usual even for this breed.”

He said his only worry now is that someone might steal the rooster.

The rooster has dark eyes, dark chest plumage and black legs, with golden feathers above, and red feathers on the wings. Males typically weigh over 6.6 pounds (3 kilograms). Crowing times of 20 to 25 seconds is often recorded in their first year.

«Previous Post
Israel To Send 44 Experiments Into Space On New Mission»Next Post
To Boldly Grow: NASA Researcher Farms Crops To Harvest On Missions To Mars And The Moon