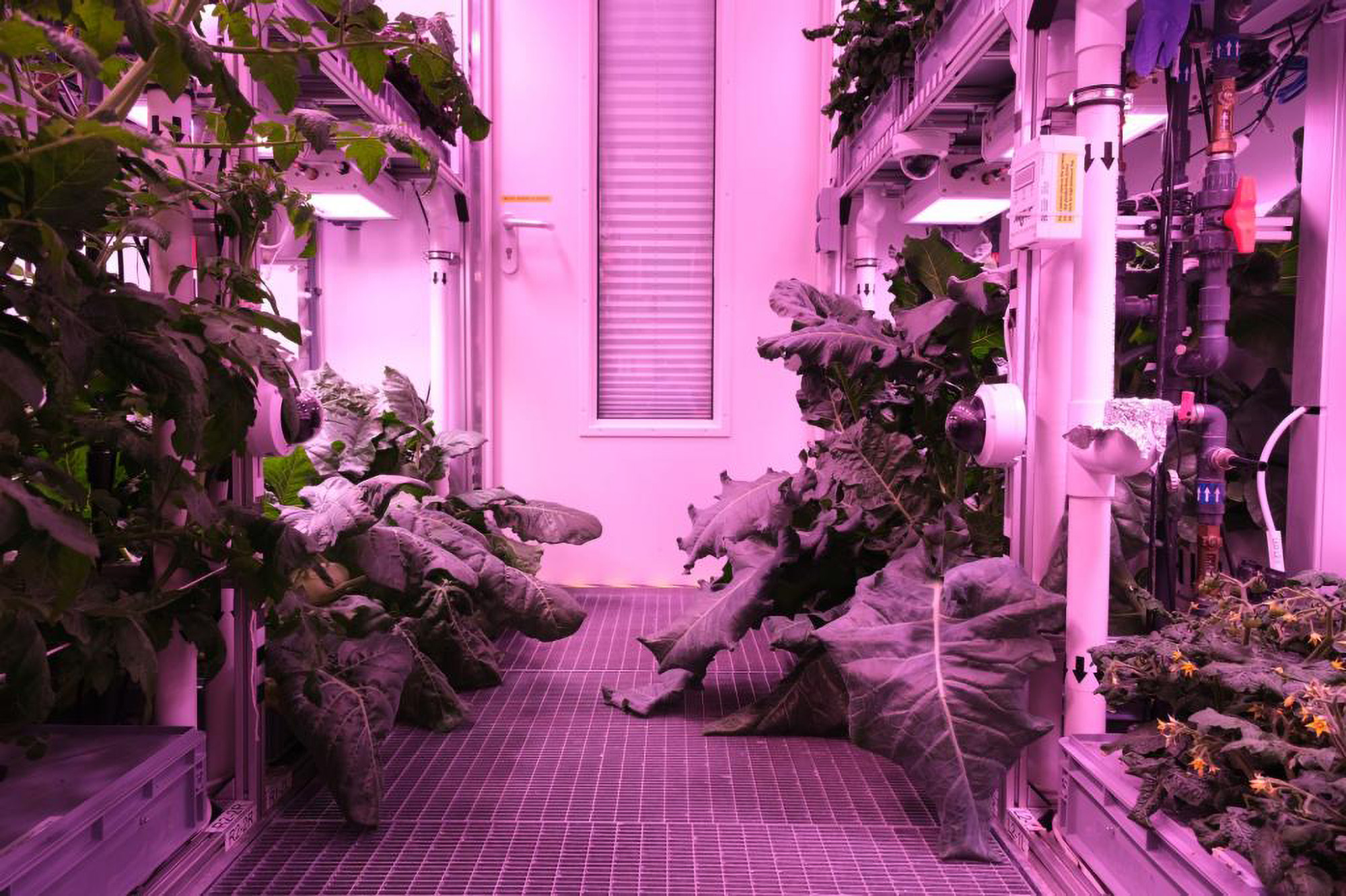 A guest researcher with U.S. space agency NASA has harvested mustard greens in a greenhouse in Antarctica as part of a project to ultimately provide fresh produce for astronauts.

Jess Bunchek, a plant scientist from NASA’s Kennedy Space Center in Florida, is growing crops in EDEN ISS greenhouse at Neumayer Station III during her one-year stay on the continent.

The project is a part of a joint series of experiments between NASA and the German Aerospace Center (DLR) focusing on vegetable cultivation techniques for use on the moon and Mars.

“Food crops grown in closed-loop environments in space will augment packaged food diets for astronauts, helping keep them healthy on long-duration missions and reducing the frequency of resupply missions required from Earth. Testing in high fidelity analogs like EDEN ISS speeds up the research,” NASA states on its website.

Bunchek has been growing lettuce, cucumbers, tomatoes, peppers and varieties of herbs inside the greenhouse, amid the harsh conditions of Antarctica, where temperatures fall to -58 F (-50 C), while using as little time and energy as possible.

She is part of the 10-person crew at Neumayer Station III, operated by the Alfred Wegener Institute, Helmholtz Centre for Polar and Marine Research, who arrived on Jan. 19.

Bunchek is “also recording any effects the greenhouse and its yield have on the isolated hibernation crew in the perpetual ice,” the German Aerospace Center states.

“The polar night will soon begin here on the Antarctic Ekstrom Ice Shelf,” Bunchek said in a press release. “With the nine other members of the overwintering crew, it almost feels like we are alone on another planet. In this hostile world, it’s fascinating to see greenery thrive without soil and under artificial light.”

The first seeds were sown in recent weeks. At the end of April, she harvested the first crop — Mizuna mustard, which was previously grown on the International Space Station as part of NASA’s Vegetable Production System.

Food produced in the greenhouse previously

In the first extensive overwintering research campaign in 2018 the greenhouse produced more than 500 pounds of food in nine-and-a-half months in a space of 134.5 square feet. This included 148 pounds of cucumbers, 258 pounds of lettuce and 110 pounds of tomatoes.

The greenhouse uses robust varieties selected by the EDEN ISS Project team and from experiments at Kennedy Space Center as a part of NASA’s project on the International Space Station, which Bunchek primarily supported.

In addition to vegetable cultivation, microbes that have the ability to thrive in the greenhouse alongside cultivated plants are being studied.

NASA will also be testing a plant-watering concept that can operate in settings like the space station, said plant physiologist Raymond Wheeler from the Kennedy Space Center. The system contains the water and delivers it to the plants by a passive method.

“This will provide a side-by-side comparison with the aeroponically grown plants of EDEN ISS,” Wheeler said.

In the aeroponic method, the roots of plants growing in soilless systems are regularly sprayed with a nutrient solution.

Every second of Bunchek’s Antarctic greenhouse activities are recorded, including sowing and tending plants, and scientific research.

She uses a special time-recording eight-sided die as crew time will be a precious commodity on future missions to the Moon and Mars.

“In an initial test run in the greenhouse during the 2018 mission, we found that operations still took too much time,” said EDEN ISS project leader Daniel Schubert from the DLR Institute of Space Systems.

“Now we are working on optimizing processes and procedures. We have learned a lot about operating a greenhouse under extreme conditions. We’re applying all this during the current joint DLR/NASA mission.”

The 10 project members regularly answer questions about their eating habits and how the plants affect their mood, since the mission also focuses on their well-being.

“EDEN ISS is an asset for the crew in many ways. I know from my own overwintering experience just how much you can begin to miss fresh produce,” said Tim Heitland, medical coordinator and field operation manager at the Alfred Wegener Institute.

“It’s not just about the taste, but also the smells, the colors and the fascinating fact that something can grow in this inhospitable environment. That’s why there are always volunteers in the overwintering teams to help cultivate and harvest the plants.”

The polar night at Neumayer Station III begins on May 21, and the first rays of sunlight will not reach the station again until July 23.

“For me to get here, it was pretty unconventional, but I just kept thinking which dreams could I end up following,” Bunchek said. “I took German in high school and throughout college … I just wanted to take a new language and learn it. Never have I thought that learning another language would bring me here for this particular research.”

She encourages others to follow their dreams, including spending time in Antarctica.

“If this is something you feel extremely passionate about — run with it,” she said.  “Always remember who you are, and what you bring to the table.”