The film has Tom Clancy's name but none of his excitement and patriotism.
By Jacob Smith May 7, 2021
Facebook
Twitter
Linkedin
Email 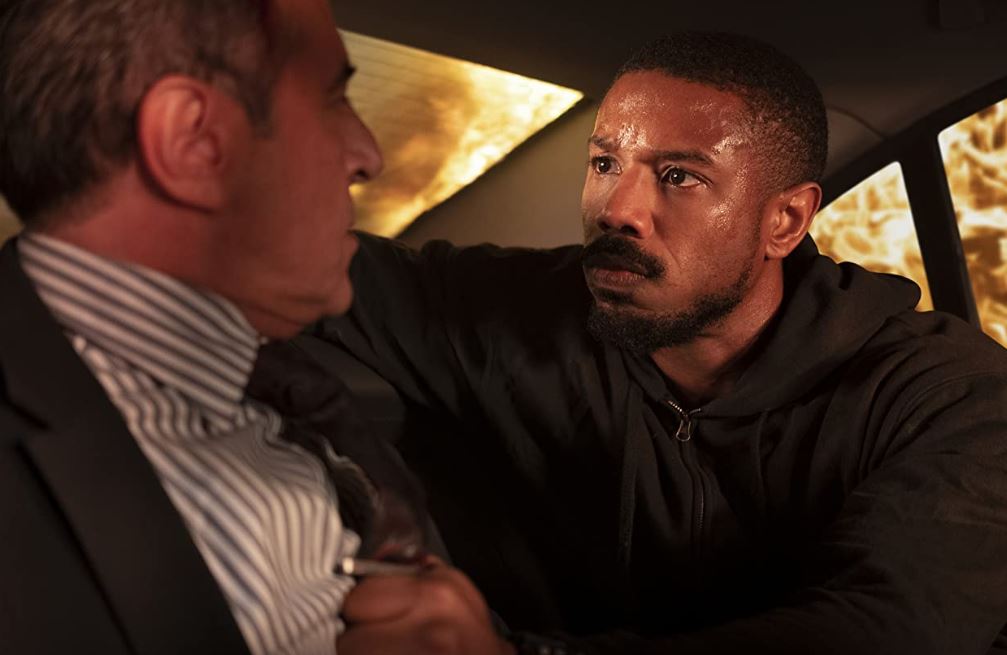 Michael B. Jordan Is John Kelly In Tom Clancy's “Without Remorse." (Courtesy of Paramount Pictures)

Tom Clancy was a master at capturing the realism and detail of American exceptionalism in his works of fiction. While the film “Without Remorse” shares a name with his novel, Clancy’s sensational touch is nowhere to be found.

It is never a good sign when a major studio such as Paramount Pictures delays a film multiple times only to end up selling the rights to a streaming service. “Without Remorse” has been in development since the early ’90s.

Keanu Reeves, Tom Hardy and other big names were brought in over the years to star in earlier versions of the film, but the inability to produce a good script prevented the project from passing the development stage.

After nearly 20 years, Michael B. Jordan was announced as the lead with screenwriter Taylor Sheridan hired to rewrite and modernize the script. If the film had seen the light of day before Clancy’s death in 2013, perhaps having his advice could have made for a better movie instead of the bland, generic military story it became.

The Story: Based on the 1993 novel, “Without Remorse” is the story of U.S. Navy SEAL Senior Chief John Kelly (Jordan). During a classified mission, Kelly’s team rescues a CIA operative taken hostage in Syria by suspected pro-Assad paramilitary members. Kelly finds out after the mission that the captors aren’t Syrian forces but the Russian military.

Months later, Kelly returns home to live a normal life, but behind the scenes, Russian operatives are killing off the SEAL members involved in the rescue mission one by one. Russian forces kill Kelly’s pregnant wife in a botched assassination attempt. Kelly becomes driven to know the truth about his classified mission and the deeper he gets, the clearer the connections to American intelligence and the Russian military get. Kelly realizes he has become a pawn in a bigger conspiracy, and to honor his team and his wife, he needs to know why every country wants him dead.

Bright Spots: Jordan is the only thing that prevents “Without Remorse” from being a B-movie action film barely worthy of Tubi’s streaming service let alone Amazon Prime. Jordan is a solid leading man and with a better script could have carried the film much further, but there is only so much he can do. The film has a couple of impressive set pieces created by the leftover budget from when Paramount Pictures had big-screen aspirations.

Weak Spots: “Without Remorse” is about as generic an action thriller as you can produce. Screenwriter Sheridan has become one of Hollywood’s leading writers, crafting award-winning films “Sicario,” “Hell or High Water” and “Wind River.” This time he was brought in to modernize a project that had been floundering since the early ’90s, and his efforts weren’t enough to save it.

The premise is so straightforward, nothing makes the film stand out or of interest the viewer. “Without Remorse” strays so far from its source material that every bit of it is in name only for those who are fans of one of Clancy’s bestsellers. The supporting cast is incredibly weak, and much of the film relies on actress Jodie Turner-Smith to play the sidekick role to Jordan. Turner-Smith, however, is too wooden to make anything of her nontraditional role, turning the casting choice into a missed opportunity to create something memorable.

The poor pacing not only feels like being dragged against broken glass to sit through, but you will also catch yourself checking the time more than once only to discover you haven’t reached the final act yet. Good action films need a good villain and there is none to be found in this generic conflict between Russians and three-letter agencies. One-note characters with one-note motivations don’t make a good viewing experience.

The Takeaway: “Without Remorse” is a one-man show and Jordan doesn’t have the crazy intangibles as an actor to make people watch a terrible film just to see his performance. Sometimes waiting 30 years for a film just isn’t worth it, and this one probably should have died on the vine decades ago.

See or Skip: A boring action movie is a cinematic skull-and-crossbones warning for all viewers who dare enter this 109-minute jungle.

«Previous Post
Tee Off: Olmos, Lopez Shine In ‘Walking With Herb’»Next Post
Popcorn With Zenger: ‘Wrath Of Man’ Shows If The Formula Works, Stick With It