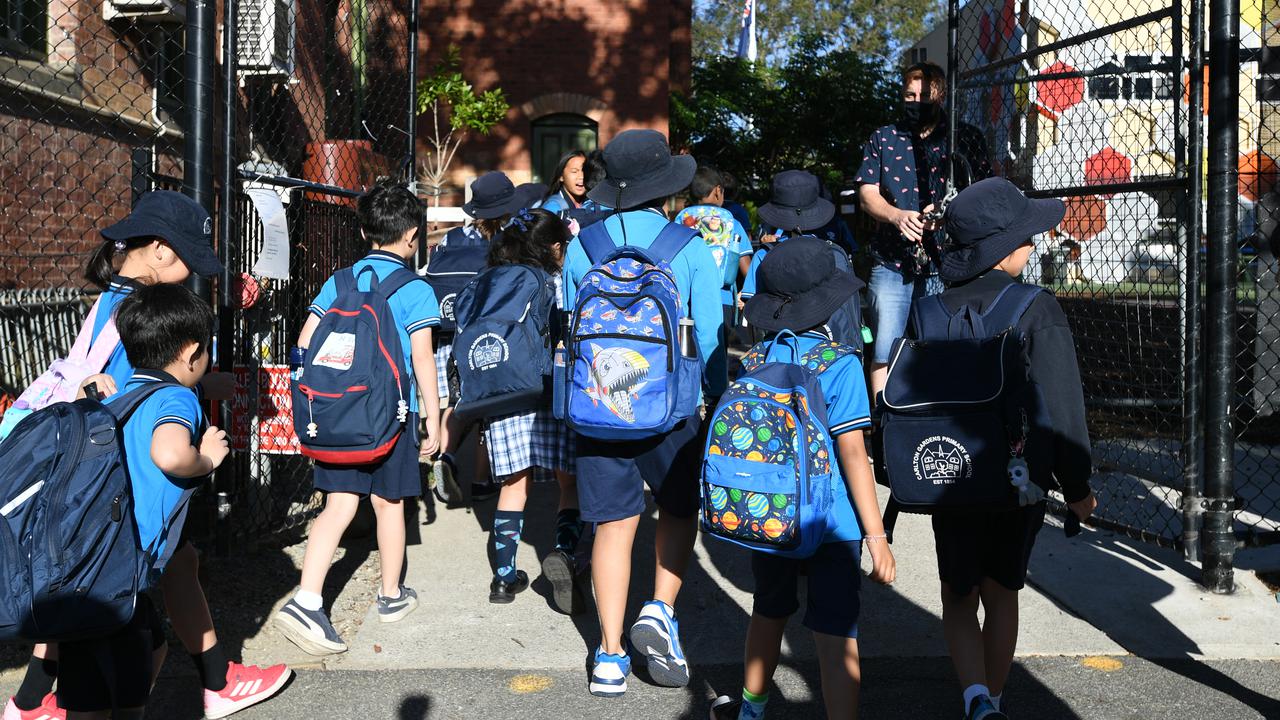 Our Watch’s final evaluation report into its Respectful Relationships Education Pilot Program, published on May 6, showed promising results for students and staff at the 18 participating schools.

At the end of the pilot, Year 1 and 2 students in both states were less likely to have gendered perceptions and not consider traditionally masculine or feminine jobs as only for boys or girls respectively.

A teacher said students at the school were beginning to challenge each other on topics including “boys wearing girly shoes”, so-called gendered colors, and girls being able to do “what boys can”.

“Like if somebody is like a girl, and they’re playing unicorns, it doesn’t mean a boy can’t play,” one student said.

Another said: “It’s okay … for girls to play basketball, it doesn’t have to be all boys.”

Our Watch chief executive Patty Kinnersly said disrespect and violence against women would continue as long as girls and women are seen as less equal than boys and men.

“From birth, children are exposed to gender stereotypes that can set expectations around their behavior and interests, such as the idea that only boys can play football or that girls love pink and play with dolls and unicorns,” Kinnersly said.

“This can limit their ability to be who they want to be and to form equal and healthy relationships.”

Other key findings stemming from the pilot included staff having fresh insights into gender inequality and its impact on school culture, and both teachers and pupils being less tolerant of gender discrimination and sexual harassment.

The 88-page Our Watch report also highlighted the need for a whole-of-school approach to help Australian society tackle the scourge of gender-based violence.

“This new research shows some early promising signs that primary school is a critical time to engage children in age-appropriate educational content,” Kinnersly said during an interaction.

“We need to build on the work of this pilot and embed this work in primary and secondary schools throughout the country.”

Our Watch is Australia’s peak body on the prevention of violence against women and their children.

The not-for-profit organization was established in 2013.

Conducted in association with Deakin University, the data collected from the schools in the six-month pilot program was used to analyze changes in school structures, practices, and culture.