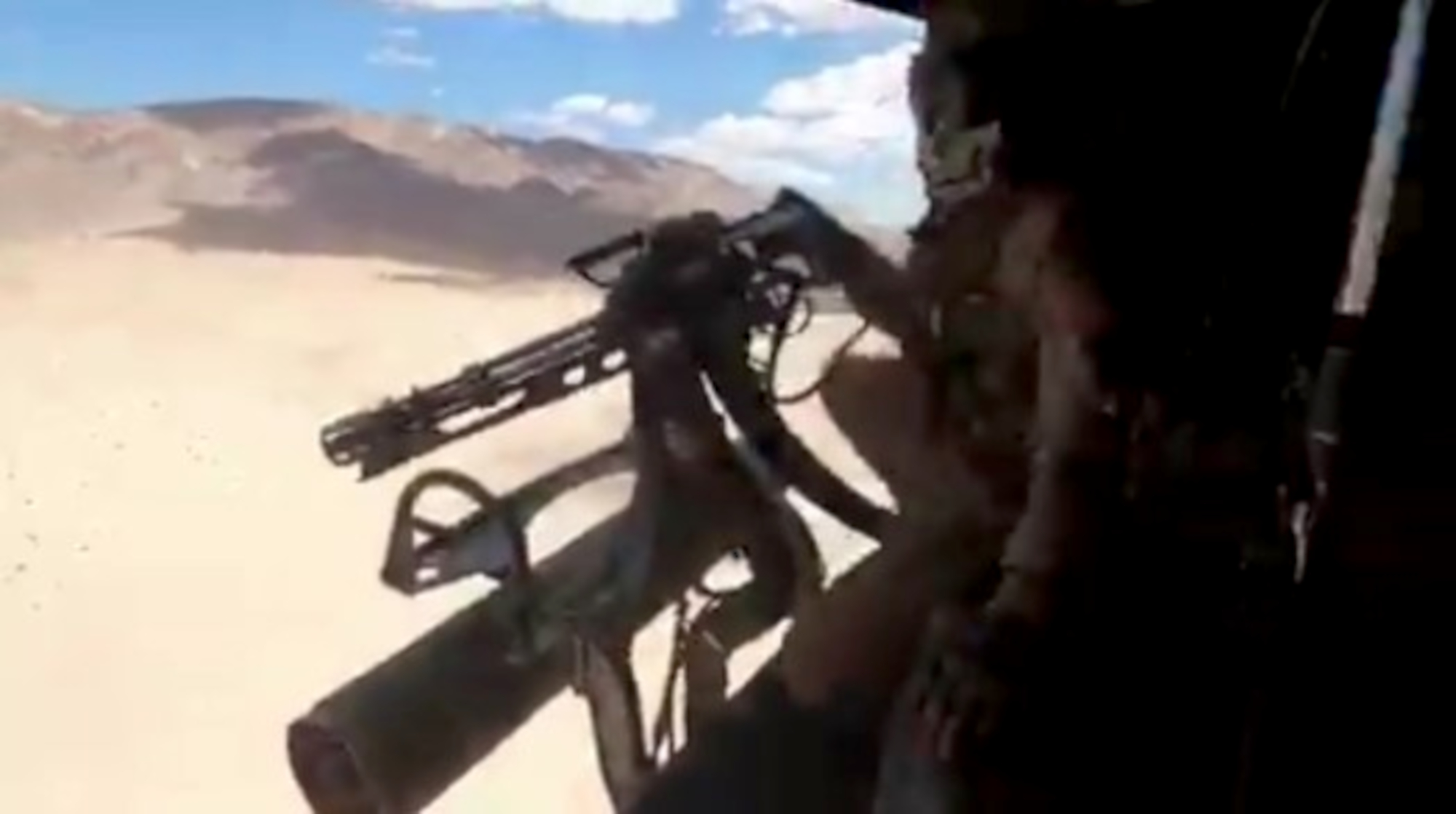 On April 22, they provided close air support with a powerful minigun against a simulated enemy at a training ground at the Marine Corps Air Ground Combat Center in Twentynine Palms, California.

The series of exercises are designed to prepare Marines for operations worldwide by improving their skills in offensive and defensive combat operations.