VIDEO: Busted: The Gunwoman In Her Underwear Who Took Potshots At Ducks

Standoff lasts nearly three hours before she is detained by police and taken to a hospital.
By Tijana Milich May 6, 2021
Facebook
Twitter
Linkedin
Email 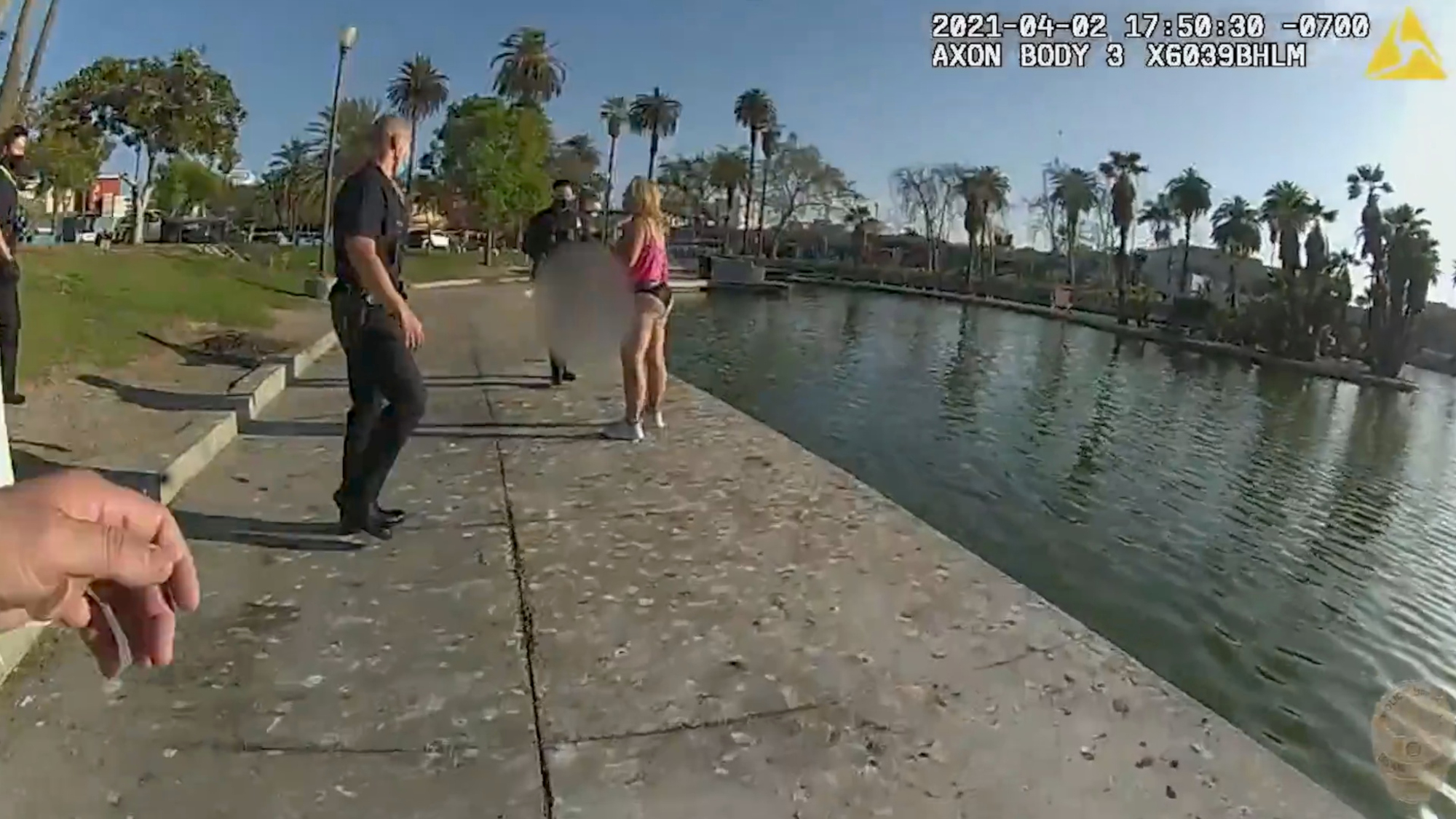 A woman clad in a top and underwear was arrested after she was seen shooting at a lake, where ducks were swimming, in MacArthur Park in Los Angeles, California. Officers shot and injured her after she shot at them during a lengthy standoff.

Los Angeles police arrested Michelle Renee Lariccia, 43, of Los Angeles, after nearly three hours on April 2. Police released body-cam footage of the incident on May 4.  Lariccia was shot in the torso and right arm during the standoff and taken to a hospital.

She faces charges of assault with a firearm on a police officer and negligent discharge of a firearm, according to Los Angeles police.

When officers arrived, they found Lariccia walking with several bags and a suitcase, and firing shots at the lake.

In the video, police repeatedly ask her to put down her bag and say: “We’re here to help you.”

At one point, Lariccia raises her gun and points it at the officers.

They ask her to turn around and lay on her stomach, which she refuses to do. She jumps into the lake, and the officers shoot with a 40mm less-lethal shot launcher. Police rush forward to detain her.

Her handgun was recovered at the scene.

No officers were injured.

Lariccia is scheduled to appear in court on June 11.