After hosting the prime minister and the Queensland premier, the event was targeted by Animal Liberation activists.
By Nick Gibbs May 6, 2021
Facebook
Twitter
Linkedin
Email 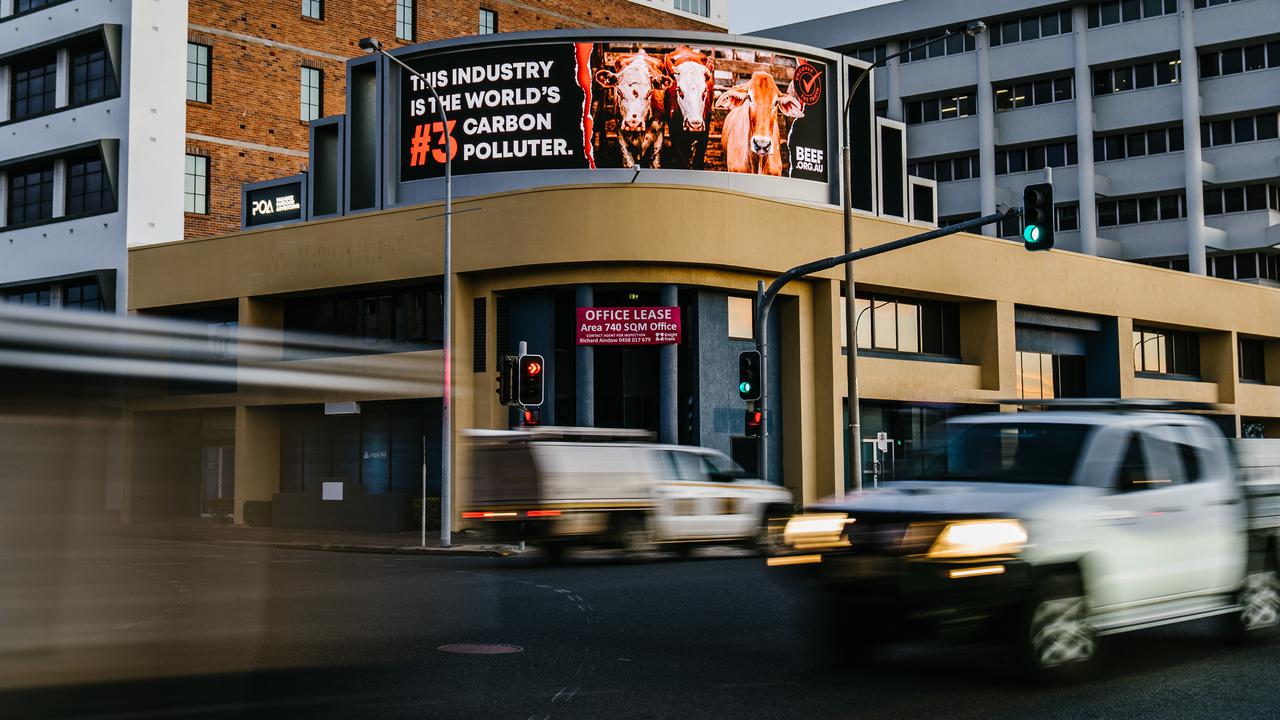 BRISBANE, Australia — Protesters have ventured into Queensland’s agricultural heartland with the aim of disrupting the beef industry’s premier event, which has hosted both the prime minister and the premier.

Activists from Animal Liberation Queensland claim there are far-reaching environmental and climate change repercussions from the industry, and they are spreading their message at  Rockhampton’s Beef Week.

“Our message to each of these delegates is that a rational and compassionate discussion about the future of animal agriculture is well overdue,” said Chay Neal, Executive Director, Animal Liberation Queensland. “As a nation, we currently have a powerful opportunity to shift support away from the destructive beef industry and instead invest in more ethical and sustainable businesses.”

Australia was well placed to become a leader in the alternative meat market, Neal said. 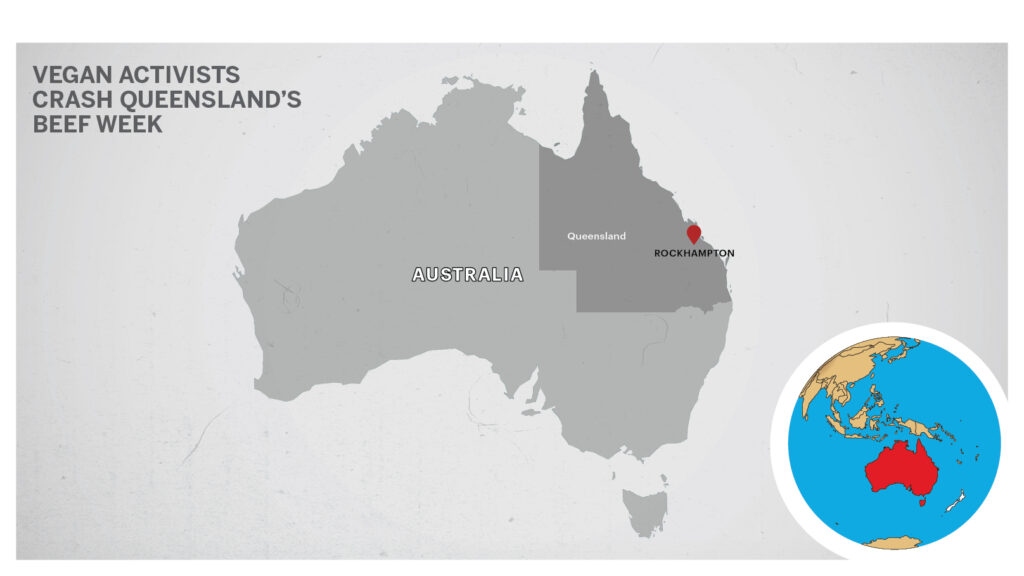 Billboards have been taken out by the organization in Rockhampton and Brisbane, and it has released a video claiming to show original footage from abattoirs and feedlots together with a 40-page report highlighting main concerns.

The size of the protest was dwarfed by those in the central Queensland city to support the industry, said David Crisafulli, an opposition leader.

“Inside here, there are tens of thousands of people, outside there, there’s half a dozen, and I hope that contrast isn’t lost on anyone,” he said. “We saw some people at the front trying to make a point of a different variety, I want to talk about what this industry is doing, both in the environment, for animal welfare, and for the economy.”

The industry employed thousands of people and “kept the lights on” during the COVID pandemic, said Crisafulli.

As per reports from Roy Morgan, nearly 2.5 million Australians (12.1 percent of the population) now have diets of which the food is all, or almost all, vegetarian, up from under 2.2 million (11.2 percent) four years ago in 2014.

“This continues the trend shown in a Roy Morgan release from three years ago — ‘The slow but steady rise of vegetarianism in Australia’ showing vegetarianism had steadily improved since 2012 when only 9.7 percent of the population identified as having a vegetarian diet equivalent to 1.7 million Australians at the time,” states the report.

“However, the rising level of vegetarianism in Australia has yet to stop the increasing trend towards obesity. Now 28.5 percent of Australians have a Body Mass Index of over 30 and are classified as ‘Obese,’ up 2.1 percent points from four years ago.”

In contrast to four years ago, there are now fewer Australians with a Body Mass Index in the ‘Acceptable weight’ range between 18.5 to 25, currently 33.9 percent (down 1.3 percent points).