Soulful baritone singer returns to provide a spark for the genre.
By Percy Lovell Crawford May 6, 2021
Facebook
Twitter
Linkedin
Email 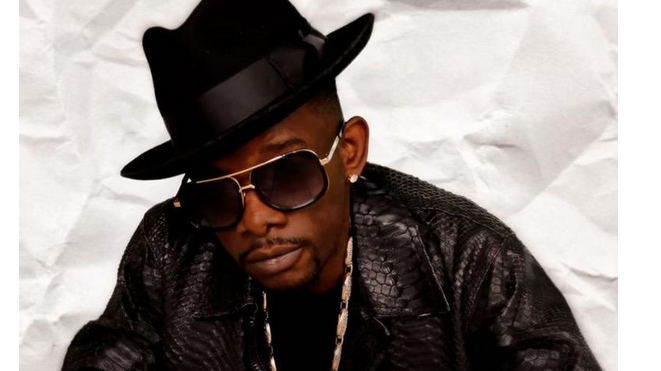 Urban Mystic is planning his first releases since 2015 and is working to reconnect with fans on social media. (Courtesy David Davis)

R&B music seems to be headed in a more up-tempo/genre-bending direction, with its artists getting assists from rappers and others to create hits. As a result, this appears to be the perfect time for the return of one of the more underappreciated vocalists in the game: Urban Mystic, and his undeniably powerful voice.

Now, fresh off a six-year hiatus, Urban Mystic is using Instagram Live to draw his fans back in from his break while providing brief performances to remind them what he’s capable of.

Zenger News spoke with the Florida native, who is currently working on a single titled “Emotions,” as well as a follow-up album to drop later this year and a return to the stage.

Zenger: I love your voice and your music, brother. How have you been?

Urban Mystic: I’ve been good, bruh. I appreciate that.  It’s been crazy. Everything came to a halt. We had to put the tour on hold, and pretty much just go along with everything that was going on. It’s been all good. I took the time and used it for good. I got back in the studio and did some recreating, getting my album done that I will be releasing this year. I made the best of it, man. It’s just good to be getting back out on the road, seeing the fans and being on that stage again. I miss that.

Zenger: You haven’t released a full project since 2015. How has music changed since then and are you sticking to your formula no matter the changes?

Urban Mystic: Music changes with time, as does everything — music, fashion, movies. It’s usually for the good, so I go along with it. As far as music goes, it’s hard to take the soul out of it. That’s what I tell a lot of artists. I don’t care what you do, whether it’s hip-hop, or whatever, keep the same vibes.

Whatever I do, it’s going to always have that soul inside of it. I go along with the times, and I enjoy the new music that’s out there right now. I see a lot of these guys doing their thing. Rod Wave, for example: I love that song and what he’s doing. I’m here for it, man. I just love good music.

Zenger: You have that deep baritone voice that we don’t hear a lot of anymore. Why is that?

Urban Mystic: I grew up listening to groups like Ruff Endz, Jodeci, K-Ci and JoJo. Their sound helped mold me and my sound. And I can say that ain’t nothing like that going on in the industry right now. I hear it all the time: “Nobody’s got that raspy sound like you, it’s time for you to bring it back.” So, I’m going to bring it to you then.  This goes back to the Temptations/David Ruffin days, a sound that everyone gravitates to. I’m happy to be a part of being able to keep that sound alive.

Zenger: You mentioned the Temptations. You made a “Soulful Classics” album that became a classic itself. How did you choose the tracks you covered and was it a difficult process?

Urban Mystic: Ah man, it was so crazy. That was one of the hardest albums to come up with. We recorded about 80 songs. I performed different songs in different places, and I went with what gave me the most positive feedback. A lot of those songs that I recorded, were songs that I knew of, but I didn’t grow up listening to them. But the people loved them, such as Lou Rawls’ “You’ll Never Find Another Love Like Mine.” Those were huge records and the people loved them. I felt it was an honor and a pleasure to pay homage to those artists and those records.

Zenger: Your hit song “I Refuse” is an amazing example of “conversational R&B.” Tell us more about that approach.

Urban Mystic: Ah man, I appreciate it. It’s something about real R&B, that music that makes you feel like you are a part of it. That’s one thing that I tell all my fellow artists: Whatever you do, don’t take the realness out. Make the people feel the music. When I’m writing the music, I come up with a subject that might not be something that I’m going through but might be something that somebody I know is going through. I’m going to sing about it and talk about it because I know they can relate. That’s what it’s all about with music, making tunes that people can relate to.

Zenger: I love seeing you use social media to really interact with your fans. How important has that become in delivering your messages?

Urban Mystic: It’s highly important. I was one of the artists that came in the early 2000s, so social media wasn’t a thing back then. Being that that’s where it’s at now, that’s where everybody hanging out at, I had to switch gears and get over there. I wanted to find my fans. I love it because it gives me a closer relationship with my fans. It’s beyond reading fan mail that’s coming from a record label, you know what I mean. It’s definitely a plus with social media and I encourage all of my fans to holla at me, follow me, because it’s definitely me on there.

Zenger: When can we expect your new project?

Urban Mystic: We’re getting ready to wrap the album up by the end of next month. We’re dropping the first single next month; it’s called, “Emotions.” The album gonna be coming later this year. A specific date hasn’t been selected yet, but keep following me and I will make sure everybody knows what’s going on.

Zenger: Will it be the same Urban Mystic sound that we’ve grown accustomed to?

Urban Mystic: The sound that everyone expects from me, that’s the sound we are going with. But with this album, we’ve also got some new tracks on there with some of the new vibes and beats that are up to date. Those are mixed in with some of that soul singing and soulful vibe. Never taking away the urban in the mystic; it’s always going to be there.

Zenger: I’ve always been impressed with how you’ve stayed true to your essence. You had a song with Paul Wall, and you let him do his thing while you brought the vocals. You didn’t feel the need to try and rap or anything like that.

Zenger: You had a track on one of your early albums titled, “Where Were You?” where you rap, “Where were you, when you first heard Biggie or Pac and you knew you were blessed with the best of hip-hop?” Unfortunately, we have suffered a lot more tragic losses, especially recently in the hip-hop community. You ever think about doing a sequel to that song?

Urban Mystic: It’s crazy you say that — my son said the same thing. He was like, “Dad, you could remix that record and just change the Tupac and Biggie and use some of the newer people.” With all this tragedy and stuff that’s going on, man, you’re right. It is a timeless record.

That was my first record. Shouts out to [DJ] Kay Gee from Naughty By Nature, who helped produce and wrote that record for me. We definitely into re-creating that. Somebody mentioned the “I Refuse” part two and I said, “OK, I can just remix the whole first album.” Everybody was feeling that.