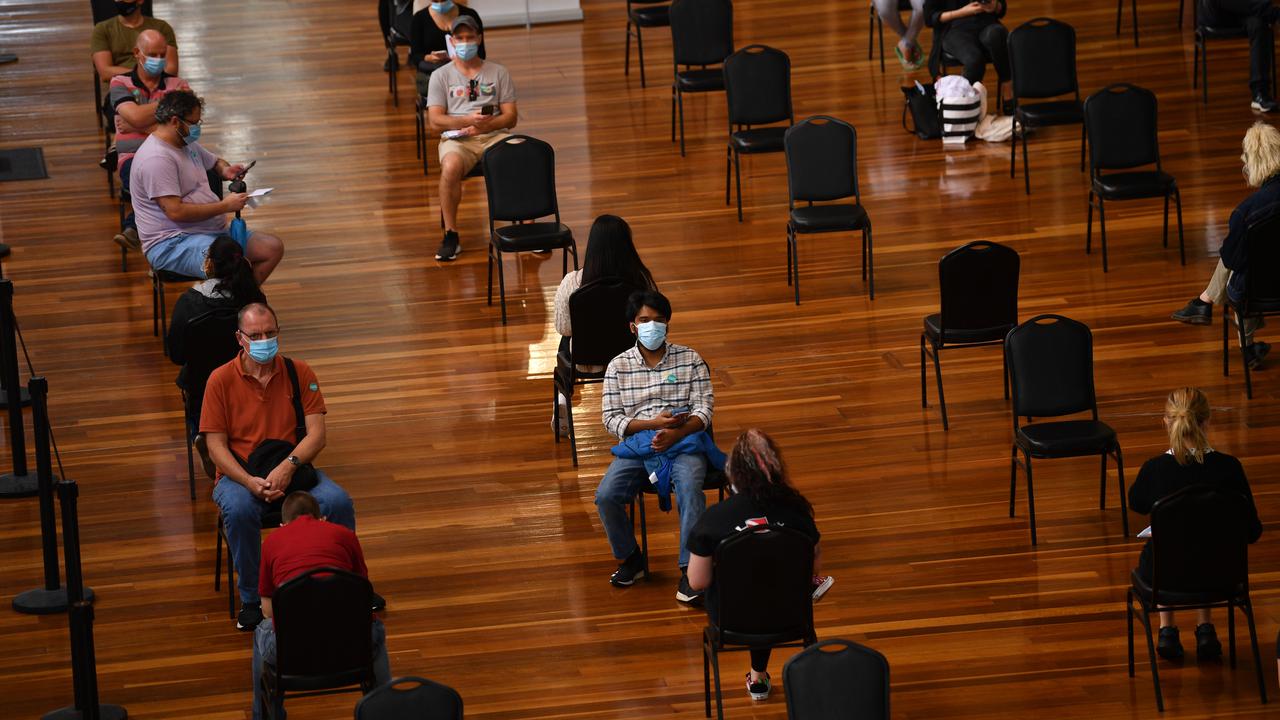 Moody's says Australia isn't keeping pace with the rest of the world in the Covid vaccine rollout. (James Ross/AAP Image)

Moody’s Investors Service is also concerned that trade tensions with China would be a major hit to the economy if the Asian giant extends its restrictions on a number of commodities to iron ore.

In a webinar presentation, it claimed Australia was not keeping pace with the rest of the world in terms of the vaccination rollout. Although that hadn’t yet had a material impact on the economy, it increasingly would.

To date, the vaccination program has delivered 2.47 million doses nationally.

Moody’s economist Katrina Ell claims it would delay herd immunity and the ability to open borders for international travel for leisure, business, and education.

“If we don’t have herd immunity and we do have sluggish vaccinations, then the economy is more vulnerable to localized virus outbreaks and shutdowns, and that could put the economy in fits and starts recovery mode,” she said.

She does not expect the borders will be fully open until 2024.

“It’s going to be an ongoing thorn in the side of Australia’s important service industries until they do reopen,” Ell said.

In a separate analysis, the McKell Institute estimates border closures made by delays to the vaccine rollout will cost the economy AUD 16.4 billion ($12.7 billion).

Moody’s also warned that the geopolitical risks with China remained a risk to Australia’s economic outlook.

China has already put restrictions on Australia’s exports of beef, wine, barley, and some other goods, and in a new twist on May 6, it has suspended all diplomatic contact under China-Australia Strategic Economic Dialogue.

“If those trade barriers are extended to iron ore, that really could derail Australia’s trade revival … it does remain a key downside risk,” she said.

Ell expects the Australian Prudential Regulation Authority (APRA) will step in to cool activity with macroprudential measures to make sure lending standards are maintained, noting that it previously set restrictions on interest-only loans and other riskier loans.

“We are expecting this to happen later this year probably,” she said.

However, she expects an interest rate rise by the Reserve Bank is still some way off, with underlying inflation remaining soft.

The central bank has repeatedly claimed that it does not expect to lift the cash rate from its record low 0.1 percent until 2024 and when inflation is comfortably within the two to three percent inflation target.

“We think they may need to act a touch sooner and have penciled in gradual interest rate normalization to begin in the second half of 2023,” Ell said.

“When interest rate hikes finally do get back on the agenda, we think that it will be very gradual. It does take quite a bit of time for those inflation pressures to really pick up and transfer over to stronger wage growth.”