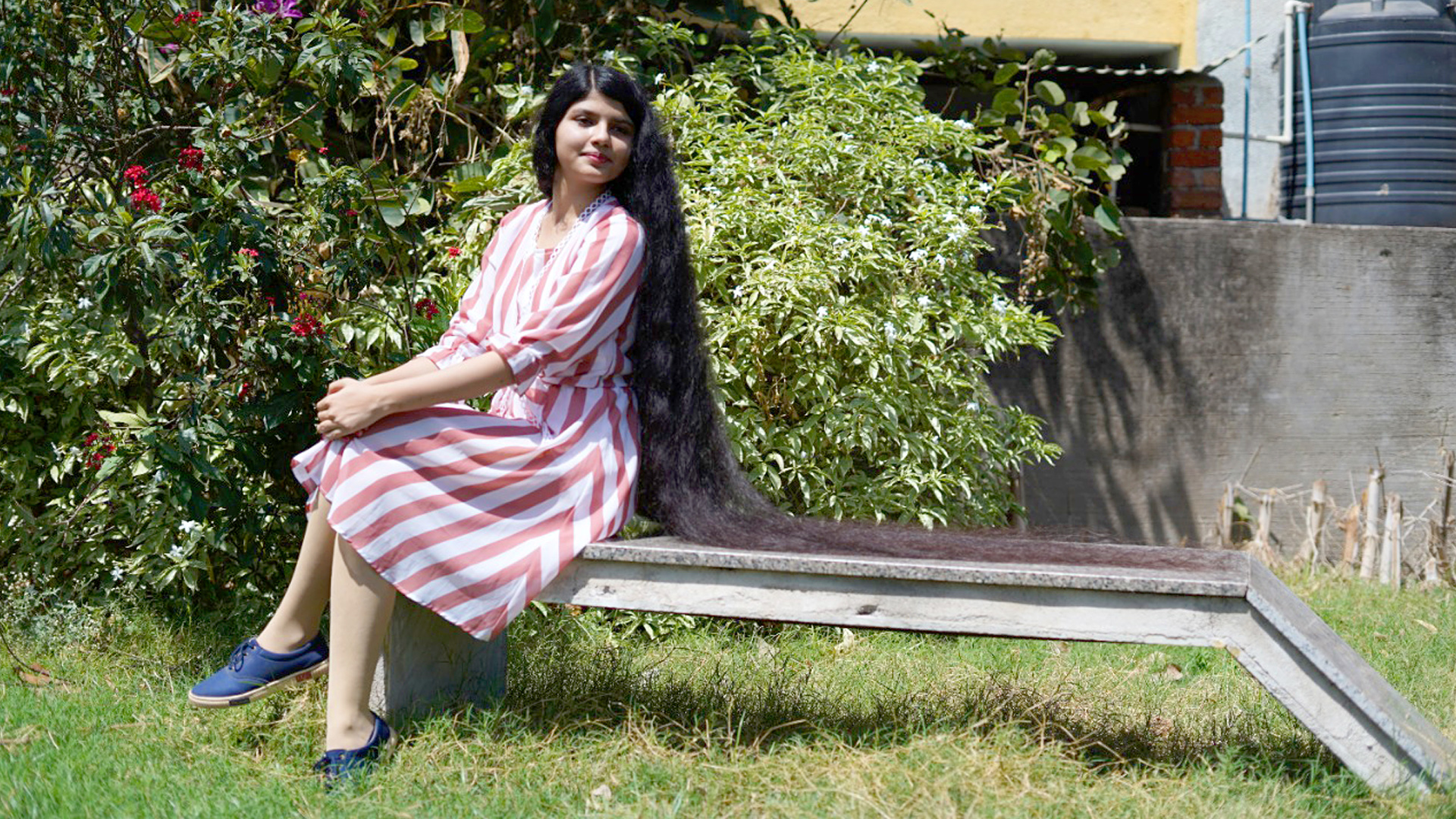 With hair the length of 200 centimeters, she broke her own Guinness World Record for the “longest-hair on a teenager” twice.

But she has chopped off her locks now.

Brought up in Modasa, a town in India’s western state Gujarat, Patel had been growing her hair since she was six due to a “nightmare of a haircut”.

“I cried a lot when I got that haircut,” Patel told Zenger News. “The barber cut my hair too short, and I couldn’t take that. I decided then that I am never getting a haircut again.”

Now when she looks back, that “bad experience” doesn’t look so bad. That determination made her break three Guinness World Records for the longest hair on a teenager.

She made her first record in Rome, Italy, on a show called “La Notte Dei Record (The Night of Records)” for the longest hair on a teenager in 2018. The length of her hair then was 170.5 centimeters.

“While growing my hair, I never thought I have anything ‘extraordinary’. But whenever I used to visit tourist places, people used to request a selfie, which made me realize I have something different,” said Patel.

She did not let her hair distract her from studies or sport. She is pursuing a Bachelor of Technology in Chemical Engineering from the Indian Institute of Technology, Gandhinagar, India’s premier institute for engineering studies, and is also a table tennis player.

As a sports person, her hair never worked as a barrier for her, she says. She found her ways “as getting a haircut was never an option”.

“My mother supported me and helped me grow my hair. From washing my hair to making homemade hair oils and shampoos, my mother is the reason why I was able to grow my hair this long,” said Patel.

Once a week, Patel and her mother, Kaminiben, would work together to wash, comb, and dry the lengthy locks.

“I used to do a daily 10 minutes oil massage on her hair,” the mother told Zenger News.

Patel says she got offers from various multinational companies that pursued her to launch her brand or work for them. “I did not take those offers,” she said.

Instead, Patel says she decided to launch her brand. And so, the 18-year-old became an entrepreneur at a young age.

She started her brand with “her mom’s recipe” made of all-natural ingredients that she refused to disclose. “It’s a secret,” she said with a chuckle.

Patel says she wanted to contribute to India’s ‘Make in India’ movement in her way. Her products, named after her, are manufactured by her own company and are available on online shopping websites such as Amazon.

“From being a real-life-Rapunzel to her contribution to Make In India, she has done a lot to make me proud,” Brijeshkumar Patel, the father, told Zenger News. “She has done a lot at such a young age.”

But she had breached the age to break the record again, and Xie Qiuping, the woman from China who holds the longest hair record, had hair measuring 562.7 centimeters.

So, the Guinness World Records officials offered her three options — auctioning, donating, or giving it to a museum.

“The future is unclear for Nilanshi’s hair. Will she follow the footsteps of former record holders and get a fresh new look, or will she continue to grow her hair and break the overall record. Either way, we’re pleased to be able to award her,” Guinness World Records said.

“As Guinness people put these three options in front of me, I started discussing it with my mother,” said Patel.

“She suggested that keeping my hair in a museum would be the best as it will inspire others to break the record. Hence, I went ahead with it.”

Guinness World Records captured the moment she let go of her hair and posted it on their official Instagram handle.

“Today is a new beginning, and I hope I will break many more records in the future,” an emotional and excited Patel said in the video.

Her mother also decided to donate her hair to cancer patients.

Patel’s hair is on display at Ripley’s, Believe It or Not! museum in Hollywood, U.S.

“After 12 years of growth to an astounding length of 6 ft, 6.7 inches, the ‘real-life Rapunzel’ has chopped her majestic mane,” Ripley’s Believe It or Not! Hollywood museum said.

In a note, the museum said: “Following its time at Ripley’s, Nilanshi’s hair will go on permanent exhibit at the Guinness World Records museum in Hollywood.”

But what does she plan to do now?

“Every girl dreams of living the life of a Disney princess. I lived it,” Patel said. “My [hair] brand is my baby, and I wish to make it a global brand with time. I aspire to be an entrepreneur.”