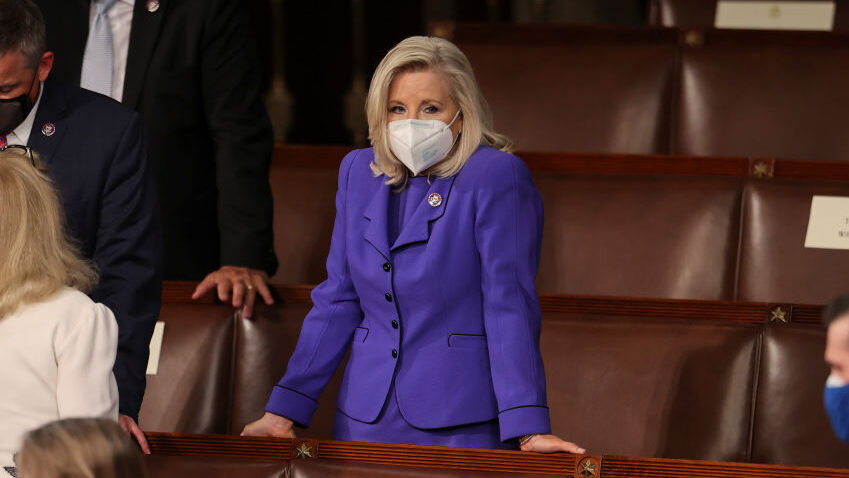 Former President Donald J. Trump and his followers have delivered a hammer blow to the Republican establishment again — this time by putting Rep. Liz Cheney (R-Wyo.), the party’s third-most senior House leader, on the verge of a dramatic ouster.

Despite backlash from a growing chunk of the Republican base, the Wyoming representative has been an outspoken critic of Trump’s 2020 election fraud claims, leading critics to question her suitability as GOP conference chair ahead of the 2022 midterms.

Cheney was also one of ten members of her party who voted to impeach Trump for inciting the Jan. 6 Capitol breach, with Trump loyalists in Congress launching a failed effort to force her to step down from her leadership position in February. Since then, calls for her removal as conference chair have continued to grow among her colleagues, many of whom have accused her of not being a team player in their efforts to regain congressional power.

Due to Cheney’s family prestige — the third-term congresswoman is the daughter of former U.S. Vice President Dick Cheney — the battle has also rekindled memories of historical bickering in the GOP between its “base” and leadership.

“This is different to past grassroots vs. establishment infighting in the GOP,” Andrew Gawthorpe, a professor of history and international studies at Leiden University, told Zenger News. “The distinction between the grassroots and the establishment has been eroding since Donald Trump’s takeover of the party.”

Gawthorpe said Trump’s presidency and enigmatic leadership style had restructured the Republicans, with the lines now dividing the base and establishment blurred. Cheney, he said, is one of the few holdouts from the old regime still refusing to concede.

“Much of today’s ‘establishment’ is just a cipher which is forced to take Trump’s side, and those who refuse to like Cheney get purged from the party,” he said. “This is different to the situation in previous periods when the establishment as a whole had different preferences to the grassroots and maintained them in the face of grassroots pressure.”

“It underlines the incredible grip Trump remains on the party grassroots and hence its future,” Gawthorpe added.

Cheney herself has dismissed criticisms that the growing gulf between her and the bulk of the modern GOP makes her unsuitable for a party leadership position ahead of 2022, insisting history will prove she was in the right to refuse to “perpetuate lies about the 2020 election and attempt to whitewash what happened on Jan. 6.”

Yet other Republican congressional leaders — even those reluctant to move against her in February — have started to turn on her.

House Minority Leader Kevin O. McCarthy (R-Calif.) was caught on a hot mic this week indicating he and his allies were working to oust her. In a televised interview that followed, McCarthy denied GOP leaders were bitter about Cheney’s impeachment vote and instead questioned her “ability to carry out the job as conference chair” while refusing to fall in line behind the party position.

“We all need to be working as one if we’re able to win the majority,” McCarthy said.

“House Republicans need to be solely focused on taking back the House in 2022 and fighting against Speaker [Nancy P.] Pelosi and President [Joseph R.] Biden’s radical socialist agenda, and Elise Stefanik is strongly committed to doing that,” Scalise’s office said.

Stefanik has earned praise from Trump and his supporters for ardently opposing his two impeachments, and has since publicly embraced the push to replace Cheney as conference chair.

While the GOP has a history of infighting between its establishment and grassroots base, the potential ousting of Cheney is a deviation from typical party politics, according to John D. Wilkerson, the director of the Center for American Politics and Public Policy at the University of Washington.

Wilkerson told Zenger that past intra-party disputes in the GOP — most recently between libertarian-conservative “Tea Party” Republicans and the party establishment a decade ago — stemmed from differences in doctrine and policy disagreements. Now, it’s driven by efforts to enforce personal loyalties upon members.

“I view it differently because Rep. Cheney does not differ with the base on ideological or pragmatic grounds,” Wilkerson said. “Her objection is that they are undermining democracy by not telling the truth. These other Republicans are lying or failing to counter lies because power is more important than principle to them.”

While some may view Cheney, as a daughter of the vice president to former President George W. Bush, as part of the establishment, her voting record is ideologically closer to Trump than Stefanik’s.

Yet Trump and his base have shown an eagerness to attack those who speak out against him, regardless of their policy agendas.

The ousted president has previously engaged in long-running feuds with Sen. Mitt Romney (R-Utah) and the late Sen. John McCain (R-Ariz.) — two of his most vocal critics within the GOP. When former Rep. Justin Amash (L-Mich.) became the first Republican to support Trump’s impeachment, he was driven from both the House Freedom Caucus, which he had helped to establish in 2015, and later from the party entirely following intense backlash.

Even Senate Minority Leader Mitch McConnell (R-Ky.), who worked with Trump to get a record number of conservative judges appointed over his four years in power, has found himself on the former president’s bad side after admonishing him for insisting the 2020 presidential election was stolen from him.

In a recent memo bashing Cheney, Trump made a point to also lambaste McConnell for being “gutless and clueless.”

GOP members less willing to embrace Trump have also been quietly pushed out of Congress despite avoiding public tit-for-tats. A record number of Republicans chose to retire early instead of seeking reelection in 2018, followed by even more last year.

Cheney herself noted the party is “at a turning point” in an op-ed Wednesday, arguing that Republicans will have to decide moving forward whether to “choose truth and fidelity to the Constitution.”

“The question before us now is whether we will join Trump’s crusade to delegitimize and undo the legal outcome of the 2020 election, with all the consequences that might have,” she wrote.

In the end, the answers may not be much to Cheney’s liking, according to Wilkerson from the University of Washington, with Trump continuing to prove that even out of power he can still leverage great personal influence against the party’s old guard.

“The GOP is still Trump’s party because of the influence he has over the GOP base,” Wilkerson said.