Prime Minister Scott Morrison has spoken carefully about the growing prospect of military conflict with China over Taiwan. 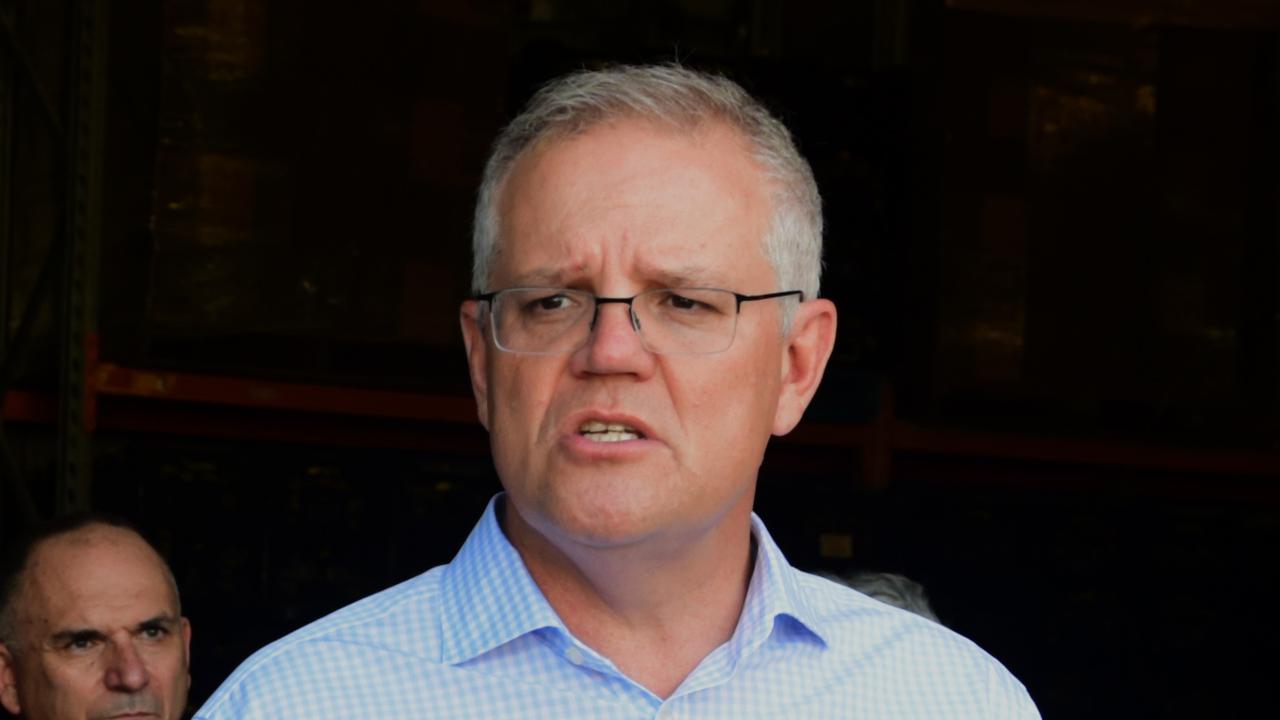 Prime Minister Scott Morrison claims Australia wanted to work with China and others to uphold the rule of law and free trade throughout the region. (Scott Radford-Chisholm/AAP Image)

CANBERRA, Australia — Scott Morrison is choosing his words carefully as the prospect of military conflict between China, and Taiwan continues to grow.

Taiwan has warned it is preparing for a “final assault” from Beijing and has called on support from Australia.

The prime minister was circumspect when asked whether Australia stood with Taiwan.

Australia abides by a “One China” policy in its engagement with Taiwan, meaning there are no formal diplomatic relations with Taipei.

The People’s Republic of China (PRC) asserts that there is only “one China” and that Taiwan is an inalienable part of it. Beijing says Taiwan is bound by an understanding reached in 1992 between representatives of the Chinese Communist Party (CCP) and the Kuomintang (KMT) political party then ruling Taiwan.

Referred to as the 1992 Consensus, it states that there is only “one China” but allows for differing interpretations, by which both Beijing and Taipei agree that Taiwan belongs to China, while the two still disagree on which entity is China’s legitimate governing body.

But Canberra maintains trade, cultural and other exchanges with Taiwan separate from mainland China.

“Australia always honored all of our arrangements in the Indo-Pacific and singled out its alliance with the United States,” said Morrison on May 6. “We’re very cognizant of the uncertainties in our region, and I’m not one to speak at length on these things because I don’t wish to add to any uncertainty.”

“But that’s why we have our security arrangements we have in place.”

Pressed again on whether Australia stood with Taiwan, the prime minister said, “We have always stood for freedom in our part of the world.”

The Morrison government’s rhetoric has grown increasingly hawkish in the past fortnight, with senior officials raising the prospect of a military conflict with China over Taiwan.

Home Affairs secretary Mike Pezzullo warned the “drums of war” are beating as the prospect of war over Taiwan grows.

Defense Minister Peter Dutton has also claimed that a conflict over Taiwan should not be discounted.

The prime minister claims that the minister did not authorize Pezzullo’s speech.

“The overarching message from the government is that we need to be alert but not alarmed,” she said last week.

“We’re obviously very conscious as a government of what is happening in the Pacific region, in particular, and we will always put Australia first, second, and third.”

Morrison claims Australia wanted to work with China and others to uphold the rule of law and free trade throughout the region.

“That’s what ensures the Indo-Pacific remains free and open,” he said.

“That’s what we’re for — a free and open Indo-Pacific — and whoever is in favor of that, we are working well together with them.”