Atlanta Human Rights Lawyer Fights For The Disenfranchised And Wins

Mario B. Williams sues — and wins — big cases for separated immigrant families and others.
By Kevin Michael Briscoe May 6, 2021
Facebook
Twitter
Linkedin
Email 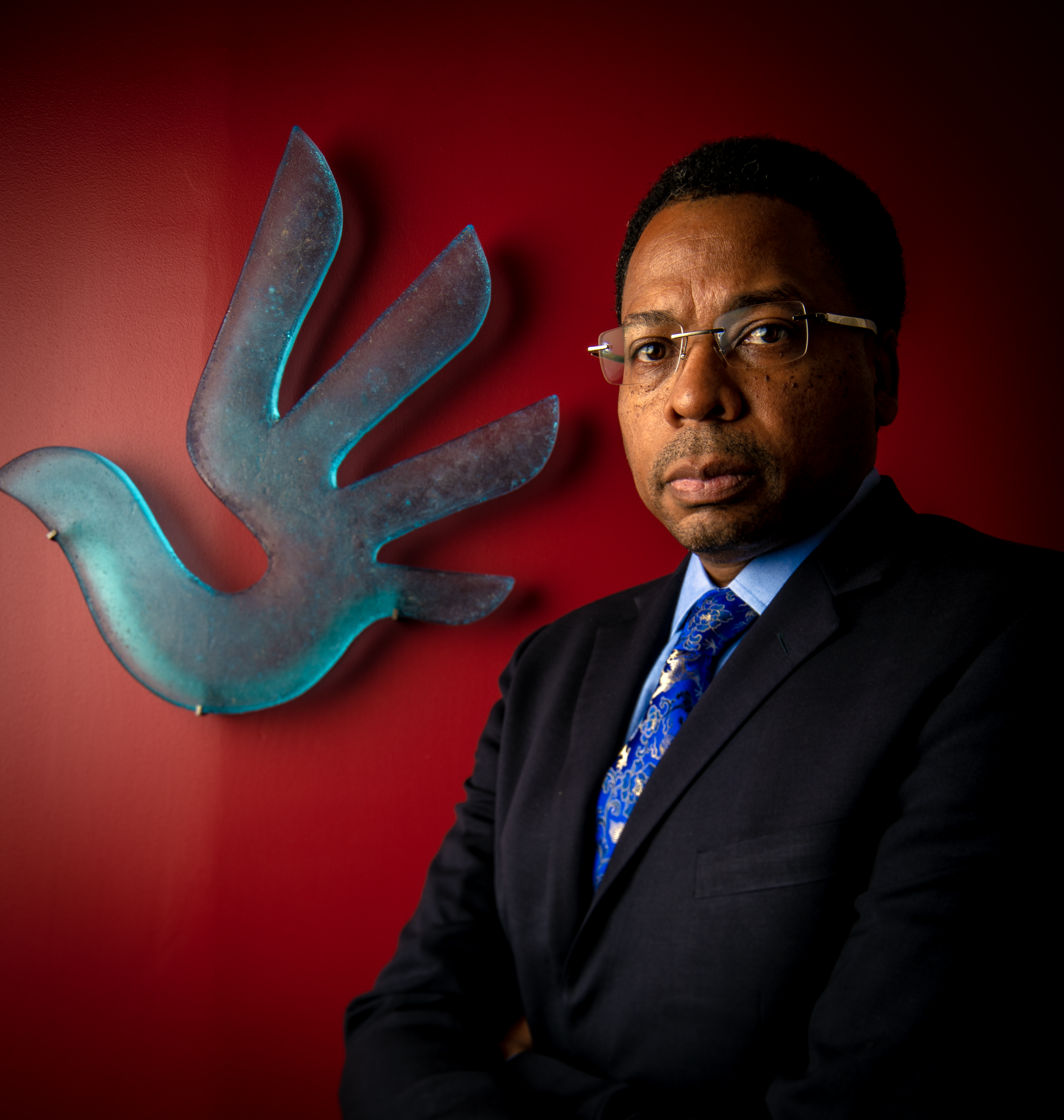 Mario B. Williams isn’t afraid to speak truth to power.

From suing the Trump administration four times to securing adequate medical care for prison inmates to winning a seven-figure settlement for the family of a young man killed by police, Williams has taken on a number of high-profile cases.

And, while he has won millions for his clients over the years, his reputation as a leading human-rights attorney is more about respecting people’s rights, not remuneration.

“I never really focused on it because the money comes as a result of the process,” said Williams. “If you come to me for a police shooting or a constitutional rights case, you’re going to get not only a lawyer who understands what’s going on, you’re going to get an advocate.  I take a lot of cases that have nothing to do with money. We do things for people, regardless of the setting, who have had their rights violated.”

As president of NDH Law LLC in Atlanta, Williams leads a five-lawyer team (and four paralegals) that represents victims of government, police and prison misconduct in the United States and abroad. It also reps small and large companies embroiled in contract disputes.

“We litigate an array of cases together, but Mario’s passion is the firm’s human-rights practice,” said NDH of Counsel John M. Shoreman. “Defending the rights of individuals against the unlimited resources of an indifferent government is a daunting task. Mario excels in brushing back undefined government authority in favor of [our] clients.”

The Peace Corps and the “Trump Cases”

In 1998, about a year after graduating with honors from Morehouse College in Atlanta, Williams joined the Peace Corps, designing and building water-gravity systems in rural regions in Honduras. There, his life’s mission began to take shape.

“I understood the history of dictatorships throughout the Americas region, but I’d never really been exposed to the Latino/Latinx culture,” he said. “I lived in rural communities where people were constantly trying to go to the U.S. I listened to their stories and saw the horrific conditions.

“Many years later, when the Trump situation came up, that resonated with me. I was part of that cultural setting, and I understood he was trying to label them as criminals when they were actually hardworking people looking for a better way of life for their families.”

The situation Williams describes, in part, involves the Trump administration’s zero-tolerance policy of criminally prosecuting people caught entering the United States illegally. That resulted in the separation of nearly 3,000 children from their parents before Trump signed an executive order on June 20, 2018 to halt family separations.

“The policy was designed to create so much fear in the people coming from that region of the world that they wouldn’t even try to come,” he said. “What’s the biggest way to strike fear in someone? Start fooling with their children. It was a completely inhumane policy.”

In first announcing the zero-tolerance policy on April 6, 2018, then-U.S. Attorney General Jeff Sessions claimed, among other things, that those emigrating from the south were exploiting a “credible fear” loophole in federal law that required immigrants to prove persecution in their home countries as a condition of U.S. entry.

The law states that applicants can be placed in removal proceedings and allowed to present an asylum claim to a judge if the Department of Homeland Security deems their fears are justified. Even if the department finds the fears to not be credible, an immigration judge can still review that determination.

But, months earlier, in remarks before the Executive Office for Immigration Review, the Justice Department agency in charge of immigration courts, Sessions blamed the Obama administration for a spike in credible fear cases.

“The previous administration began to allow most aliens who passed an initial credible fear review to be released from custody into the United States pending a full hearing,” said Sessions. “These changes— and case law that has expanded the concept of asylum well beyond Congressional intent — created even more incentives for illegal aliens to come here and claim a fear of return. The consequences are just what you’d expect. Claims of fear to return have skyrocketed, and the percentage of claims that are genuinely meritorious are down.

“The increase has been especially pronounced and abused at the border. From 2009 to 2016, the credible fear claims at the border went from approximately 3,000 cases to more than 69,000.”

While multiple news outlets have reported that nearly 90 percent of applicants from El Salvador, Guatemala and Honduras passed their credible fear interviews, Sessions dismissed this data point, erroneously claiming: “That means an alien entering the United States illegally has an 88 percent chance to avoid expedited removal simply by claiming a fear of return.”

Against this backdrop, Williams brought suit — or threatened to do so — against the Trump administration four times. His blueprint for successfully reuniting separated families was simple: Present proof of the relationship between parent and child, demand the government’s return of the child in one week, and file for injunctive relief in the courts, if the child was not returned in a timely manner.

Such was the case for Beata de Jesus Mejia-Mejia, a Guatemalan woman who sued the government when her 7-year-old son was taken from her when she crossed the border into Arizona in May 2018.

“We did all this paperwork, but the government stalled and waited until we got into the courtroom,” Williams said. “The judge was on the bench, and opposing counsel calls me over and says: ‘We’ll reunite the family.’ The government literally folded right away and returned the child. They never litigated the case because they didn’t want to set a precedent.”

Currently, the Family Reunification Task Force, announced in February by President Joe Biden, is working to undo the results of Trump’s policy. (An update on the task force’s progress will be released on June 2.)

The Power to Change Laws

But Williams is involved in more than immigration cases; he’s also taken on a high-profile police shooting and a prisoner-confinement case. In the latter, New York Gov. Andrew Cuomo signed a bill into law that ends the use of long-term solitary confinement in the state’s prisons and jails. The HALT Solitary Confinement Act limits segregated confinement to 15 days, exempts at-risk individuals and establishes rehabilitation units to provide therapeutic services.

The law’s passage, in turn, comes on the heels of a significant win by Williams in the 2019 Paykina v. Lewin case, in which he was able to secure the release of a mentally ill minor from prolonged solitary confinement at the Hudson Correctional Facility in upstate New York. The minor, identified in court papers as “E.L.,” was confined alone for months on end — including a 10-day/24-hour-day stint — which caused “irreparable harm.”

Diagnosed with mental-health issues at age 10, E.L. was arrested in 2017 for his part in a drug dispute. Upon conviction, he was sent to Hudson, which houses its adolescents in living quarters separate from the adult population. But when he was caught pretending to take prescribed medication, he was placed in a segregation unit for nearly seven months, denied water and adequate medical treatment.

“The state of New York really mistreated him in an unconstitutional way by putting him in solitary confinement, first claiming it was not a disciplinary procedure, but we all know it was,” said Williams. “We argued that, while a rehab or medical clinic is where he should be, he definitely did not belong in solitary confinement.”

“That type of case represents just as much if not more what this law firm is all about,” Williams said.

In June 2016, former Mobile, Alabama, police officer Harold Hurst shot and killed 19-year-old Michael Moore during a traffic stop. According to court records, two witnesses inside the car with Moore — Mark Amos and Robert Blackmon — said they saw a gun on him, but that he did not reach for the firearm or resist arrest. The gun was not found at the scene, but was later found by medical staff at the University of South Alabama Medical Center.

Local and federal authorities could not find sufficient evidence to indict Hurst on charges, but Moore’s mother, Shunta Daugherty, sued Hurst, the city of Mobile and the medical center for a number of violations, including wrongful death and unreasonable search and seizure.

The city and the medical center were both eventually dismissed from the case, but Williams was able to secure a $2.5 million settlement between Moore’s family and Hurst in late March. (Hurst had resigned from the force about a year after the shooting.)

A gag order prevents any of the parties from discussing the details of the case, but Moore’s parents said they are happy with Williams’ handling of their case.

“My overall impression is that he is a caring lawyer,” said Moore’s father, Lewis. “Our case took five years to settle, and he was still willing to fight if we couldn’t come to a settlement agreement.”

“From our very first conversation, Mario was empathetic to my situation,” said Daugherty. “He listened and didn’t overpromise me anything, but remained consistent in wanting to get some form of justice for my son.”