VIDEO: Tot An Amazing Escape: Van Skids To Stop One Inch From Kid On Crossing

Desperate driver slams on brakes, missing a girl by inches. 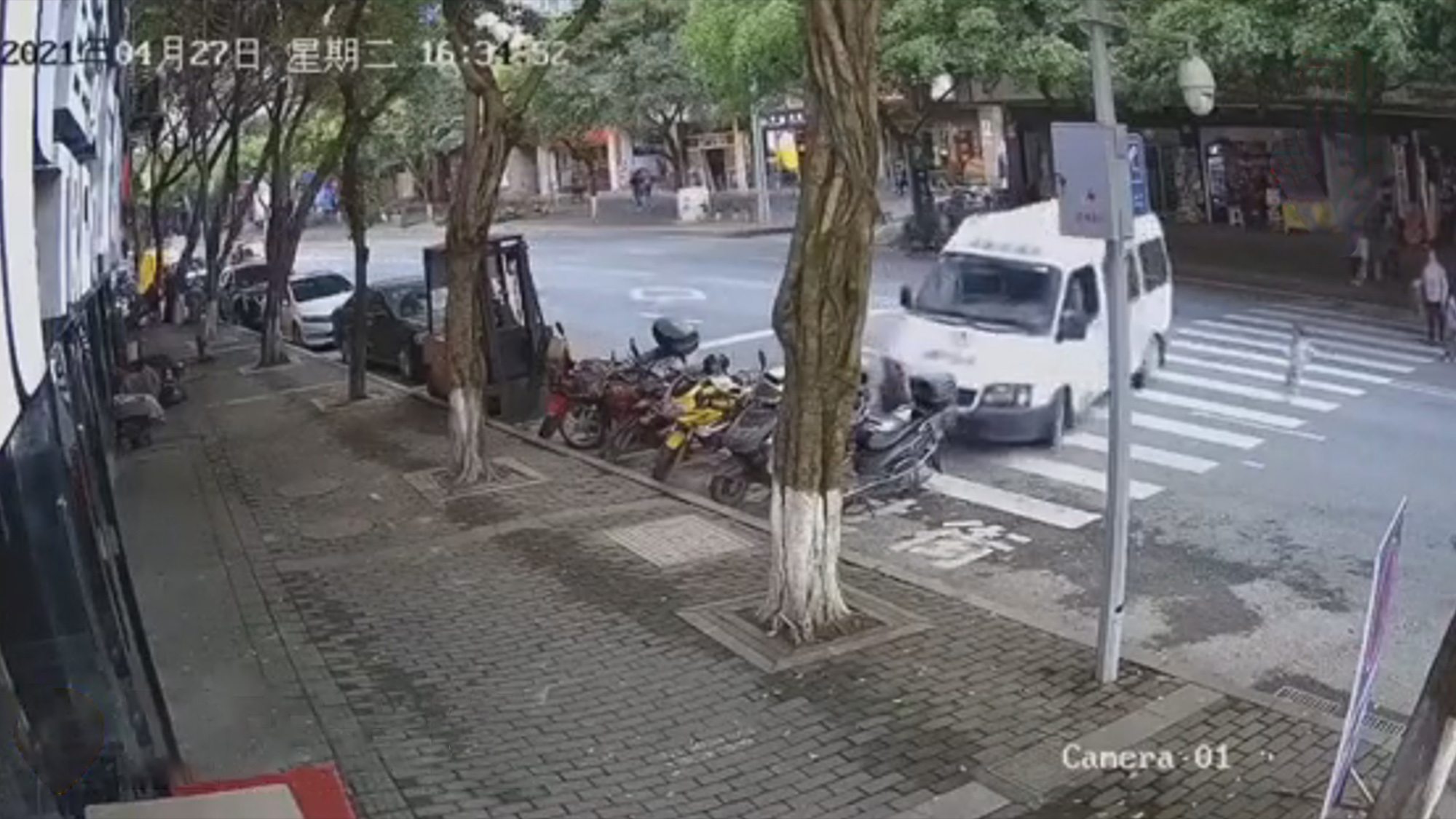 A three-year-old girl nearly hit by van when crossing the street in Wulong, China. (CQJXJ/AsiaWire)

A young Chinese girl is lucky to be alive.

She ran out into the road by herself at a marked crosswalk, and a van driver slammed on the brakes and skidded to a halt just a few feet from her in Chongqing, China.

In the video, a white van is seen speeding toward the crossing as the girl runs across the road.

She takes several steps to the side to avoid being hit by the rear of the van.

A police officer fined the van driver $30 and deducted three points for failing to yield at a pedestrian crossing, according to news site Toutiao.

Police also reminded guardians to accompany their young children on crossings and to be vigilant at all times.