VIDEO: Roofless: Firefighters Tear The Top Off An Apartment Block To Halt Blaze 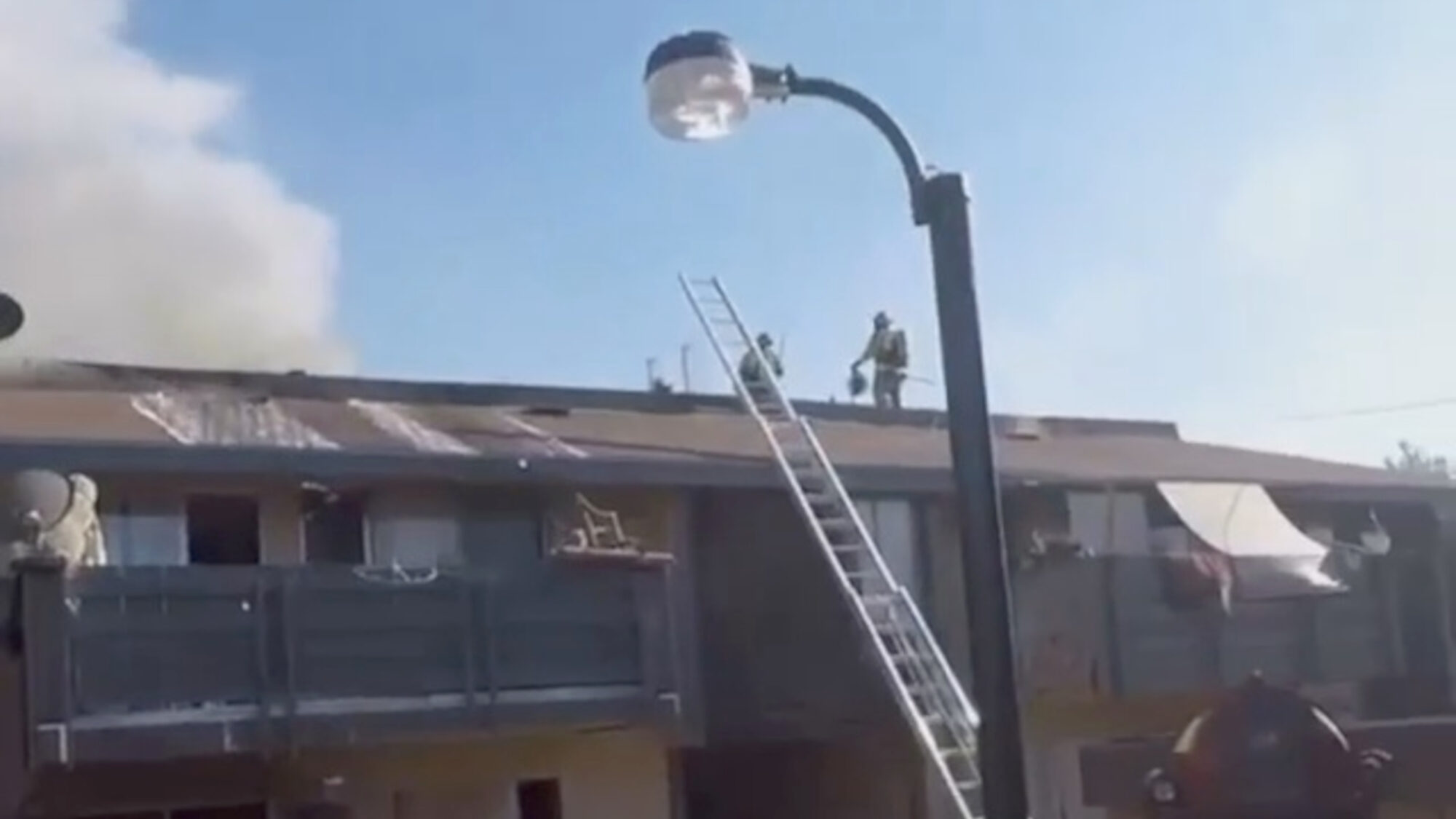 Firefighters on the roof of the building battling an apartment fire near Kings Canyon in Fresno, California on May 3, 2021. (@FresnoFireDepartment/Real Press)

Firefighters rip down a ceiling, exposing a raging inferno above their heads as they tackle a blaze that damaged 16 apartments in Fresno, California.

The fire started at the Oakbrook Apartments complex in the 300 block of South Argyle Avenue on May 2.

The Fresno Fire Department crew arrived and saw the fire on the patio of a second-story unit. They were quickly able to extinguish it.

Due to gusty winds, the flames spread to the shared attic. In order to stop the fire from spreading even further, firefighters opened the ceiling.

After the fire was put out, fire and smoke damage was reported to six units, and another 10 units sustained water damage.

The cause of the fire appears to be accidental, according to the Fire Department. It is unknown how many people would need to arrange temporary housing, but 38 contacted the Red Cross for help. No injuries were reported.