Actor dishes on how he's nabbed so many high-profile roles since starting in show business at age 10.
By Percy Lovell Crawford May 5, 2021
Facebook
Twitter
Linkedin
Email 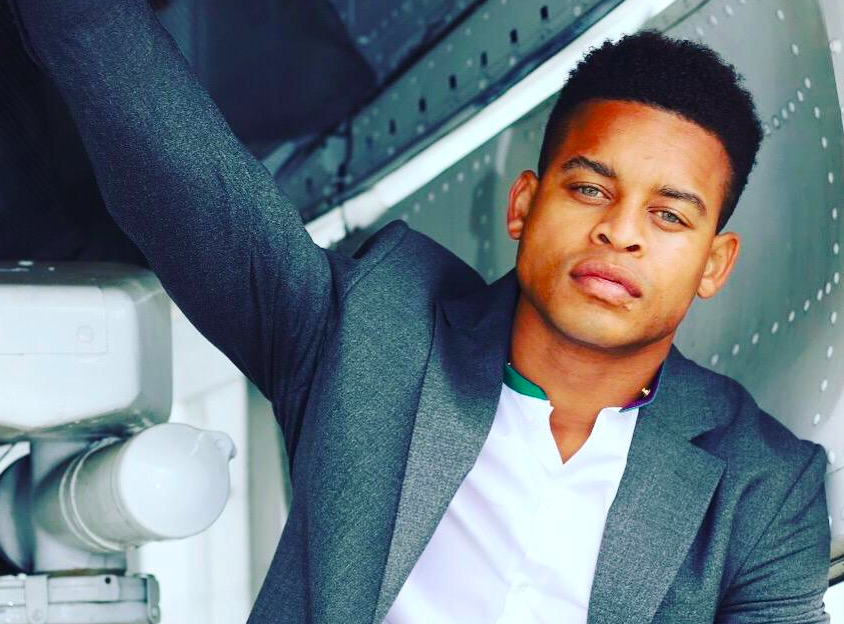 Robert Ri'Chard draws inspiration and energy from the examples of such '90s-era sports legends as Michael Jordan. (Team Ri'Chard)

Robert Ri’Chard used chance encounters and strong faith to not only catapult his career, but also to get a grasp on roles that he has been offered throughout his lengthy career. Seemingly always on his grind, Ri’Chard has secured many roles during a career that started when he was just 10 years old.

Now, at 38, Ri’Chard has a unique but affective approach to each role he accepts. He views acting as his sport —’90s sports, to be exact. His win-or-go-home mentality fuels each set he appears on, while elevating his own performances.

The “One On One” star has one of the lengthiest filmographies of any actor, and he continues to build on his legacy through sitcoms, TV series and movies. Ri’Chard is currently working on a series, “Harlem” starring Meagan Good and Grace Byers. He is also set to play a role meant for the late, great Nipsey Hussle in the movie “California Love,” starring Allen Payne, Crista Allen and Columbus Short.

Ri’Chard tells Zenger News about his upcoming projects, how he avoided the “child-star curse,” his fitness regimen and more.

Ri’Chard: Fantastic man. I’m living in New York City right now. I’m on this new show called “Harlem.” It’s basically “Sex in the City” for sisters. It stars Meagan Good; she is the lead. She is like the “Carrie” of “Sex and the City.”  Grace Byers is on the show. We have Pharrell Williams as a producer, Amy Poehler is a producer, Tracy Oliver, she is the showrunner for the show. She is amazing. Whoopi Goldberg has a cameo; Jasmine Guy has a cameo. I play one of the leads. Ty[ler] Lepley is on the show. It’s coming to Amazon Prime, and I have a feeling it is going to be the hottest show on streaming come fall.

Zenger: You are such a diverse actor who can play many roles. Is that what keeps you employed?

Ri’Chard: I lean on God. I feel like when the roles come across an agent’s desk, or I learn about them, I think to myself, “I think that God had this role for me.” And to know that is one of the most powerful things.

Zenger: You’ve been blessed to rub shoulders with an all-star cast on several sets as well. Does that elevate your game?

Ri’Chard: That’s a great, great question. So, I think of acting as my sport. I don’t know that I’ve ever approached acting as this creative thing that I do because I never thought of it that way. I’m from the inner-city. I’m from Crenshaw in L.A. I see the world through sort of like that ’90s sports model. So, I think of myself as my two favorite basketball players at that time, Magic Johnson and Michael Jordan. Those were the two in that era that were getting rings. And they were doing something phenomenal. They had their own style: Magic Johnson no-look passes, skyhook; Michael Jordan, tongue out, pump fake you, go under the basket and roll it in. I think of acting as my sport. I make sure that I have my own spin/style on acting. When I come through, it’s like, “Listen, we are here to win a championship.”

Zenger: You’re from Crenshaw, California, but you have some Creole Louisiana roots in you, correct?

Ri’Chard: That’s my favorite state in the union. My whole family, mom side and dad side, are from Louisiana. I was born in L.A., but that’s where my roots are. When I was a kid, to go back to New Orleans in the summer time and go fishing, or hunting, to go bowling or watch thunderstorms, going to the river. Those are my favorite memories. All of my grandparents are from Louisiana. I got family in Shreveport, Natchitoches, Lafayette, Donaldsonville.

The people in Louisiana are the best people in America, man. They will talk to you from early in the morning until the sun sets. The best food, best culture, best music. Essentially, the downbeat was created by Buddy Bolden in the South. Louisiana is the footprint of America. I would go down there, and my cousins were all bigger than me. They would get me to go outside to box a little bit, I’m 5 years old, my 13-year-old cousins would get me out there and knock me out, man. It’s like, “OK I see what it is in the South.”

Zenger: You always seem to pay extremely close detail to fitness. Why is that so important to you?

Ri’Chard: We Americans are all struggling with general health. There are like 7 out of 10 Americans who are overweight or obese. And that means they have a BMI [Body Mass Index] of 25 or higher. And that extra weight becomes a gateway to other complications, whether it be diabetes or other health complications. I think that I try to be an example to say, hey, I get it. We all want to eat the best foods and have a good time, but hey, we need to be healthy. If I could tell everyone on the planet, I work out 10 minutes a day. That’s it. That’s all I’m asking you for.

So, I started “HighwayFit” with my doctor. And it was like, how can I figure out a way that could be completely accessible to anybody? There are no weights, no gym and no travel. It’s medically sound, physician-endorsed and accessible to all. Just as important, it’s low intensity. A lot of people are a little intimidated by high intensity. I’m not doing all this jumping and high knee stuff. We got rid of all that. Just good solid health and core work.

Zenger: How did you avoid the proverbial child star curse and still flourish today?

Ri’Chard: I have always been committed to my education. So, I think that’s been kind of the thing that has kept me in the middle of the road. And two, I’m lucky, I have all of my friends from when I was a kid. I’ve got 30-year relationships and I can count them on both hands. I think that has kept me grounded. Believing in the good Lord. Going to church and having certain goals and aspirations that I keep in front of me. I’m not even done. I’m just warming up.

You can also meet people that can set a tone in your life. I was a bad kid growing up. And my principal was like, “You need something productive to do.” So she made me the emcee, the master of ceremonies for all of our assemblies at my elementary school. I got to introduce Rosa Parks.

As we’re doing this interview, the cop who murdered George Floyd was found guilty of operating outside of the badge. There are certain moments in American history that are that monumental. That changed America. For me to have met Rosa Parks, that set off that entire movement. We’re all citizens here. I’m going to sit here because I’m an American citizen. That’s dope. I know that I carry that torch.

Then, in 1991, this man came to my school, and he asked me what my name was, and I said, “Robert Ri’Chard.” And he goes, “Nice to meet you, I’m William Clinton, and this is my wife, Hillary Rodham Clinton.” And he said, ‘Always say your first and last name. That way people will never forget you.’”

Zenger: I love these reboots that we are seeing. There is a rumor that “One On One” may go that route. Are you a fan?

Ri’Chard: I love the reboots. Kyla [Pratt] and I had our freaking run. It’s so funny because our showrunner, she was amazing, rest in peace, Eunetta [Boone]. She was an amazing writer. She hired me on “My Wife and Kids.” That was the first show I did with her, with Damon Wayans. And then created the show, “One on One.” Me and Kyla’s character, she saw us like “I Love Lucy.” My character, Arnaz, is actually named after Desi Arnaz who played Ricky Ricardo. So I know how that reboot would work because it would basically be like an “I Love Lucy” update where she and I would live together, and I would cause all these shenanigans in our married life. Sounds like fun to me. I’m looking forward to it.

Zenger: Anything else you’re working on that we should know about before you go?

Ric’Chard: As I mentioned earlier, “Harlem” will be on the air waves this fall. As soon as it hits, everyone is going to know about it. We have two great producers and a star-studded cast. Grace Byer is my love interest, and I’m like, “I’m working with, Halle Berry. It’s freaking awesome.” And I got “California Love” coming out with me and Christa Allen. Preston Whitmore directed it. It’s about the true-life story of the head of Hoover Crip. Actually, my role was supposed to be played by, Nipsey Hussle, rest in peace. I have to carry that torch. But that movie is going to be incredible.

“Alone,” my horror movie is out. “My Brother’s Keeper” is out, which is a military-based movie, and then I have “Real Talk” coming out. I just keep pushing these films out.