‘Pirates of the Caribbean’-themed marriage ceremony is sunk by grumpy official. 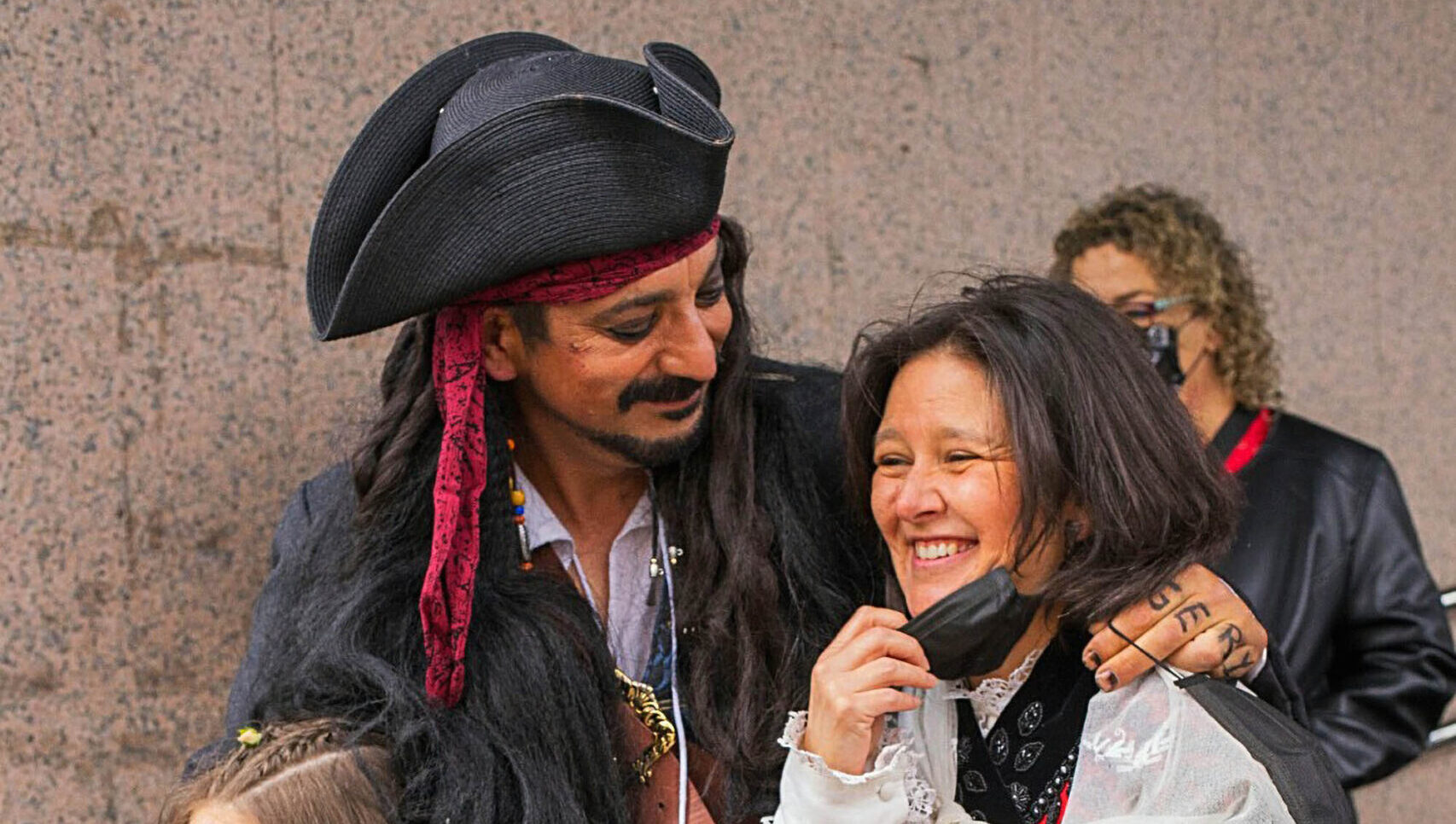 Juan Alberto, known as the Jack Sparrow of Vigo, and his girlfriend Maria Salinas, a teacher, planned to get married on April 24, 2021 but a judge rejected them because of how they were dressed. With the couple are their two children. (Eva Garcia/Zenger News)

A judge in Vigo, Spain refused to marry a couple because the groom turned up at the registry office dressed as Captain Jack Sparrow from the “Pirates of the Caribbean” movies, while the bride was wearing a traditional Northern Spanish costume, rather than a white wedding dress.

Juan Alberto and Maria Salinas had arranged a third attempt at getting married on April 24, after COVID-19 foiled their first two plans. The bride wore a traditional Northern Spanish costume instead of a typical bridal gown

The couple planned to fulfill a lifelong dream of getting married in costume. They hoped the nontraditional wedding would entertain their children.

Alberto said on Facebook that the judge refused to compromise when he offered to remove his hat and wig, saying he had to dress “properly.”

“The judge had made his decision before even talking to us,” said Alberto, who goes by the nickname “Berto Pirata” when he’s in costume.

Alberto and Salinas are well known around Galicia for their “Paper Elephants” foundation for disadvantaged children.

The couple claims they properly prepared all the necessary paperwork for the wedding.

Alberto explained he often wears pirate costumes when working with refugee children at the Greek Idomeni refugee camp, where he volunteered in the past. Many of the children call him “Pirate” instead of Juan.

The court claimed there is a legal directive that forbids anyone wearing a costume from entering the building. But the couple filed a complaint, saying the court allowed couples dressed in costumes to marry in the past.

The couple’s lawyer said several other notaries and judges have reached out to him saying what happened was illegal and the wedding should have proceeded.

Several other courthouses have offered to marry them, but Alberto and Salinas have refused, saying they want their wedding to take place in Vigo.

The fourth time could be the charm: They have booked a May 26 wedding ceremony at the same courthouse that turned them away. And they plan to wear the same outfits as the last time.