Making A Living From Gaming: Not Just For Fun

Gamers can earn money playing for an audience. 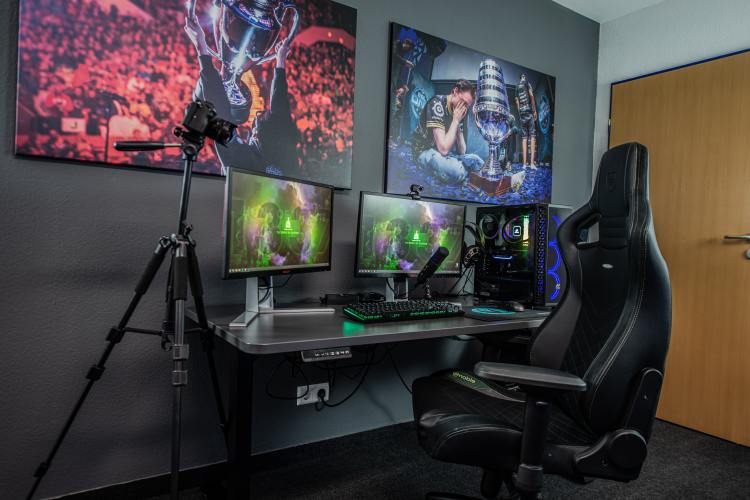 The video game industry is profitable not only for developers, as gamers themselves can earn an income by playing. (Ella Don/Unsplash)

Is gaming an addiction, a business or done just for fun? It all depends on the perspective and goals of each gamer.

“I live-stream with my friends,” said Marylú Álvarez Coba, a student the Universidad Veracruzana, Mexico. “They told me to try it because it was something I could do in my spare time. They encouraged me to buy a webcam, a microphone, and several accessories for my PC. Nowadays, I have several subscribers, and I am trying to make my channel grow.”

Online video games have become one of the most profitable and promising job alternatives, not just a way to be entertained.

In the late 1980s, kids tried to find out who was the most skilled arcade game player, with some even betting quarters against one another. Now, children do not even need a gaming console, as they can enjoy being part of the gamer culture through the Internet.

“It has not been easy because the big streamers have thousands of viewers while we little streamers fight to get a slice of the pie,” said Álvarez Coba. “I have an average of 15 viewers a day, and while that is not a lot, I also have gained several subscribers, which, to be fair, has surprised me, as it means some people are paying me each month to continue enjoying my content. That encouraged me a lot.”

“My family thinks that, as long as I continue my studies and all my usual responsibilities, they support me to continue to stream. My friends support me by watching my streams and sharing me through their social media. I continue to stream in my free time, and that way, I gain some profit,” said Álvarez Coba, known as ‘Malulaa’ online.

According to Twitch’s official data, all gamers wish to earn some money doing something they enjoy doing, especially considering that more than 7 million users stream on the platform. In 2014, Amazon paid $970 million to acquire Twitch. Now, YouTube is trying to compete with Twitch, with the creation of YouTube Gaming.

“I have been streaming for about six months, which was when I bought my gaming computer. It was easy to get into the streaming business because I already had a few followers, so it was not extremely difficult to gain viewers,” she said.

“I have the support of both my parents and friends. I recommend to anyone wanting to join the streaming community to have fun first, make an income second, and ignore any negative comment. As long as I enjoy streaming, I will continue doing it. The important thing here is that to be successful, one must first be constant,” said Villaruel Rosales, known as ‘Ellygmr’ online.

While 15 years ago, the number of gamers online was about 200 million, current estimates suggest that number has grown into billions. In China alone, the number reaches more than 600 million gamers, according to specialized reports, which means that the video game industry is the largest in entertainment.

Not all those who play identify themselves as gamers. Most of them play on their cell phones only during their idle time. Even so, video games have become a gigantic business, even for companies that do not develop video games, such as Apple, where 70 percent of the App Store earnings came from video games alone.

For those who wish to venture into the video game industry, either as a gamer or as a developer, the only way to be successful is to persevere, no matter what.