Kenyans Breath A Sigh Of Relief As Covid Restrictions Ease

President Uhuru Kenyatta lifts harsh restrictions to contain the spread of the second wave of the pandemic. 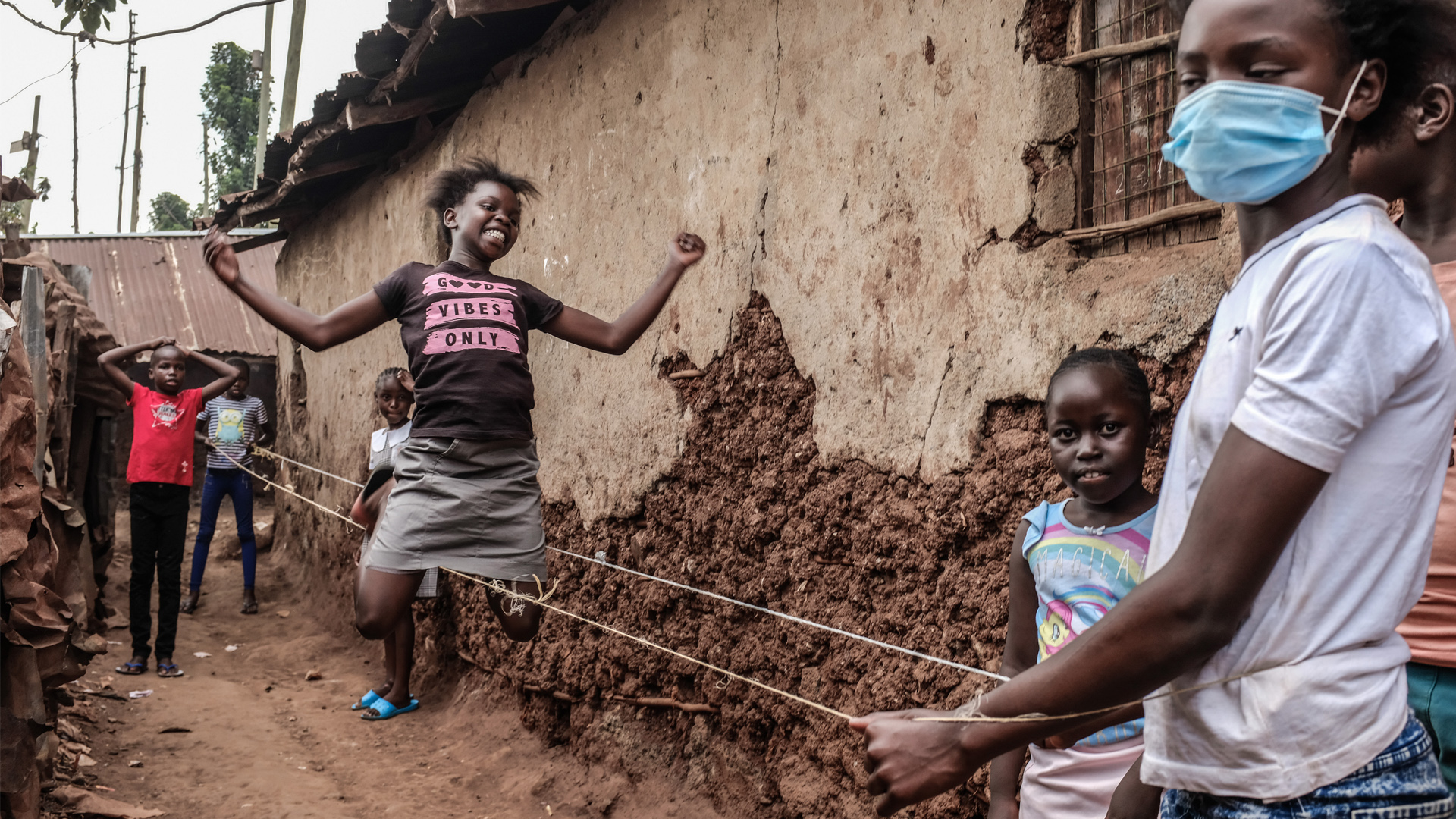 NAIROBI, Kenya — The past one month has been a difficult one for Richard Lijoki, who lives in Mathare, a slum in Kenya’s capital, Nairobi, and works as a waiter in a small restaurant in the city’s central business district.

This is after Kenyan President Uhuru Muigai Kenyatta locked down Nairobi and four neighboring counties over rising Covid-19 cases.

Kenyatta also revised the start of curfew times in these regions from 10 p.m. to 8.00 p.m.—which did not suit Lijoki’s schedule.

He would leave work early to avoid confrontation with police officers enforcing the curfew. He would walk every day using the shortest routes. He avoided buses since his salary could not allow him to pay for hiked fares in the evenings. 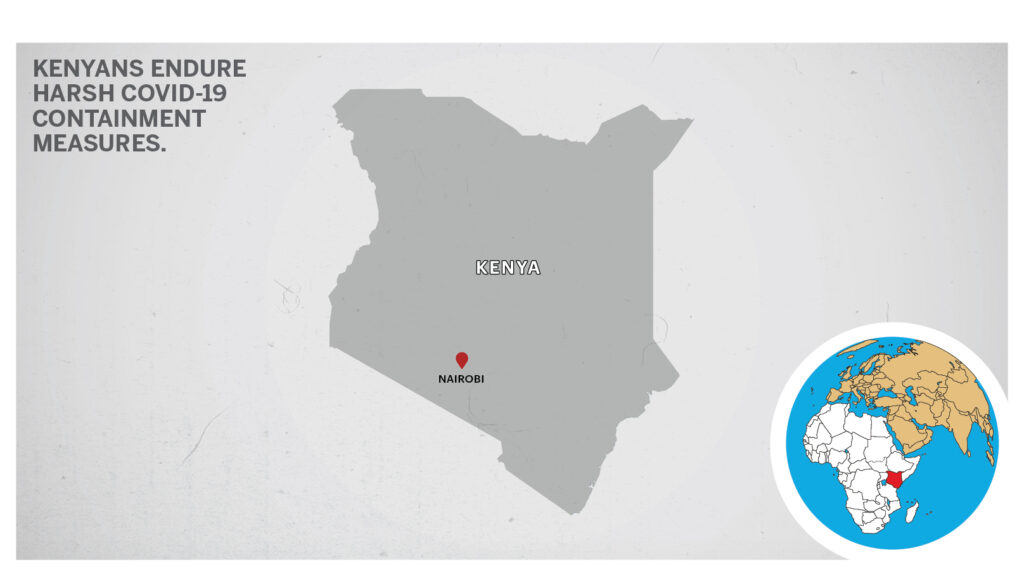 “Since our working hours were reduced, I get a half salary,” he said. “Most of my colleagues are at home without work. I was lucky. I couldn’t dare to break the evening curfew even though I would leave work very late, sometimes at 7.15 p.m. I would make sure that I get home on time. By that time, I could not board a bus because they normally double the fare.”

Allan Muteshi, a security guard in Nairobi, told Zenger News life was not easy when Kenyatta announced the second lockdown and curfew in March. He couldn’t relocate his family back to the village, as he would have wished since no vehicles were going there due to the lockdown.

“With the children at home, increase in food prices, rent to pay, and school fees awaiting me, I couldn’t afford to leave work early,” he said. “My employer is very strict. I opted for a night shift where I could stroll back home in the morning and come back in the evening.”

Speaking during the International Labour Day celebrations at Statehouse, Nairobi, Kenyatta reopened restaurants, bars, religious places, and schools as the infection rate of the coronavirus in the country drops.

In March, Kenyatta banned travels in and out of Nairobi and the four counties—Kiambu, Machakos, Kajiado, and Nakuru, classified by the government as the Disease Infected Zone—due to rising cases of Covid-19 within the city and its satellite towns.

He also announced that the curfew in these regions would start earlier by two hours than the rest of the country—from 8.00 p.m. to 4.00 a.m.

However, he adjusted the curfew times in Nairobi and the four counties to be at par with the rest of the country during his Labor Day speech.

“The containment measures we have instituted today and all the interventions that the government has made over the past 14 months are geared towards responding to the unprecedented health threat that has gripped the world,” said Kenyatta.

“We have instituted those containment measures and restrictions with no joy.”

Kenyans pressured Kenyatta to unlock Nairobi Metropolitan Area through demonstrations on the streets to online protests, in the lead up to his Labor Day address.

For more than a month, Nairobi city residents had borne the brunt of the harsh restrictions imposed by Kenyatta.

As early as 4 p.m., in Nairobi, city residents were usually in a mad rush to beat the 8 p.m. curfew.

Bus owners hiked fares—against a government directive—leaving thousands of commuters stranded for hours. In the mayhem, protocols to curb the spread of the disease, such as distancing, are often disregarded.

In March 2020, the government directed public service vehicles not to carry more than 60 percent of their sitting capacity after discovering the first Covid-19 case in the country. Still, this directive is not observed during rush hours.

Heavy rains have worsened gridlocks along the major highways within the city. As a result, buses leaving the city center just a few hours to dusk curfew are often unable to reach their destinations on time.

However, on April 17, the situation took a turn for the worse after the police mounted checkpoints on the city’s main roads just before the 8 p.m. curfew deadline, thus catching hundreds of motorists by surprise.

Essential workers, including doctors, nurses, and ambulances, as well as small children, were caught up in the melee as police stood their ground. Thousands of commuters in public service vehicles and those in private cars spent the night inside their cars until 4 a.m. when the dusk curfew ended.

Ordinary Kenyans widely condemned the incident. Medical experts like the global chief executive officer of the African Medical and Research Foundation, Gitahi Githinji, took to Twitter to call for dialogue and engagement between government and all stakeholders involved.

“Compliance with necessary Covid-19 public health measures is not about torture as (is) happening on Thika Road (one of the main highways in Nairobi), but about national dialogue and community engagement on protecting lives,” he said.

The Senate ad hoc committee on the coronavirus summoned the Cabinet Secretary for Interior and Coordination of National Government, Fred Okengo Matiang’i, to explain the blockade of the city roads, but he is yet to appear before the committee.

Nairobi Regional Police Commissioner, James Kianda, said the failure by Kenyans to follow the Covid-19 containment measures is the reason for their hard stance.

Stephen Ogutu, a governance and communications expert, said the government should consider its people when enforcing the Covid-19 containment measures.

“People are hurting,” he said. “People have lost jobs. There is a lot of psychological torture and trauma that people are undergoing. People have lost their loved ones, and so we have to be very human in how we treat our citizens, especially during this time of the pandemic.”