With the second Covid-19 wave in India going out of control, more films are likely to opt for digital launches.
By Radhika Bhirani May 5, 2021
Facebook
Twitter
Linkedin
Email 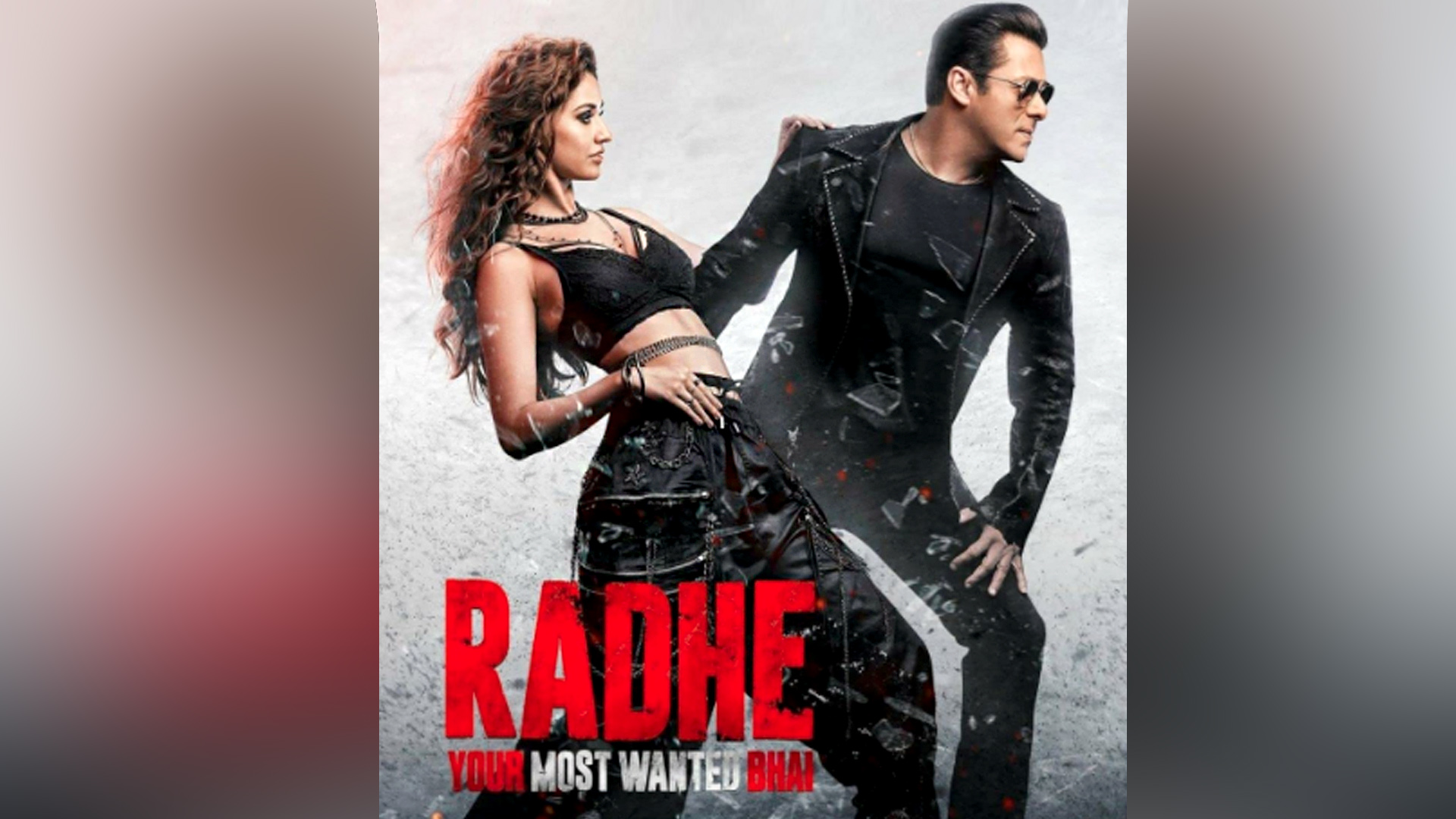 Poster of the upcoming movie  “Radhe: Your Most Wanted Bhai”. (IMDb)

NEW DELHI — After months of waiting for an opportune time for a theatrical release amid the raging Covid-19 pandemic, a Bollywood film is taking the hybrid route to reach an audience.

Come May 13, film star Salman Khan’s “Radhe: Your Most Wanted Bhai” will become the first big-budget Hindi extravaganza that will have a multi-format release.

The movie will also have a wide theatrical release internationally, giving the audience the flexibility to watch it whenever they want.

A Salman Khan Films spokesperson said in a statement they would support theater owners by releasing the film in “as many screens as they can, keeping in line with the Covid-19 rules laid down by the government”.

“But considering the guidelines and safety measures, we also need to devise ways to ensure that the film reaches all of our audience. We don’t want to deny them the choice of entertainment in the comfort of their homes during these times,” the spokesperson said.

It also plans to make the movie available on its pay-per-view service ZEEPlex, and direct-to-home platforms.

The frenzy for a Salman Khan film on Eid is almost an annual Bollywood tradition ever since his 2009 film “Wanted”. In 2020, “Radhe” could not be released due to the lockdown.

Trade analysts opine that the film, which also stars Disha Patani, Jackie Shroff, and Randeep Hooda, would have made at least INR 150 crore ($20 million) at the Indian box office in normal times.

And so, it was among the few films that the film industry was relying upon to pull audiences back to theaters in the post-Covid-19 world.

High time for an experiment

But someone had to try the hybrid experiment in India, especially after 2020, saw major Hollywood studios innovate with different distribution models.

In the U.S., AMC Theatres and Universal Studios reached an agreement to shorten the exclusive theatrical window to 17 days against the traditional 90 days for the studio’s films.

Warner Bros also departed from the usual by announcing day-and-date releases for its slate in U.S. theaters and its streaming service HBO Max.

Christopher Nolan famously described this shift in Hollywood business as “a sign of great danger” for movie industry workers.

Even in India, exhibitors and the Multiplex Association of India made their dissent clear when a slew of films was lined up for a direct-to-digital release in the initial days of the lockdown last year.

“With the evolution of the Covid-19 situation, concepts of platforms and windowing in the film industry are also evolving,” Reliance Entertainment group chief executive Shibasish Sarkar told Zenger News.

“And, it’s a phenomenon that will continue.”

Time to go all out

It has been over 12 months since Sarkar has been holding on for a theatrical release of big-ticket films “’83” and “Sooryavanshi”. Reliance Entertainment put out some other projects on streaming platforms.

He believes Zee Studios is better positioned to experiment with the hybrid model because the parent company runs its own streaming platform, ZEE5, and pay-per-view service ZEEPlex.

Sarkar said, for them, playing “Radhe” will eventually bring business and eyeballs one way or another— just as it happened in the case of Fox Star Studios’ “Laxmii”, released on Disney+ Hotstar.

But questions are being raised on whether this is a good time for the “Radhe” experiment, considering the severity of the second wave of Covid-19.

Within days of the film’s announcement, India put major states under lockdown to combat the health crisis.

Film trade analyst Komal Nahta told Zenger News that while “Radhe” may become Bollywood’s first multi-platform release, it might end up being just a direct-to-digital or a transactional video on demand release.

“When the announcement was made for ‘Radhe’, it was perhaps done with the thought that the Covid-19 situation will improve over the next few weeks,” Nahta said. “But it has gone from bad to worse.”

He believes the film’s release strategy won’t become a precedent that it could have become for the industry.

Is hybrid a short-term solution?

“In the long run, exhibition chains and single-screen theater owners will not approve of a day-and-date release model for big films,” Kapoor said.

“[But] for the next four to five months, digital will be the only viable route for films.” He outlined that hardly 10 titles usually manage to bring a chunk of footfalls to theaters in a year.

And despite the unprecedented lull in 2020, the exhibition industry has remained hopeful about the return of the audience in theaters.

“When it comes to watching films, most viewers around the world do not prefer the small screen,” Amit Sharma, chief executive of cinema chain Miraj Cinemas, told Zenger News.

“I do not see major multiplex operators choosing to go with hybrid release plans. This is all very temporary. As soon as theaters reopen, things will go back to maintaining the window like in pre-pandemic days.”