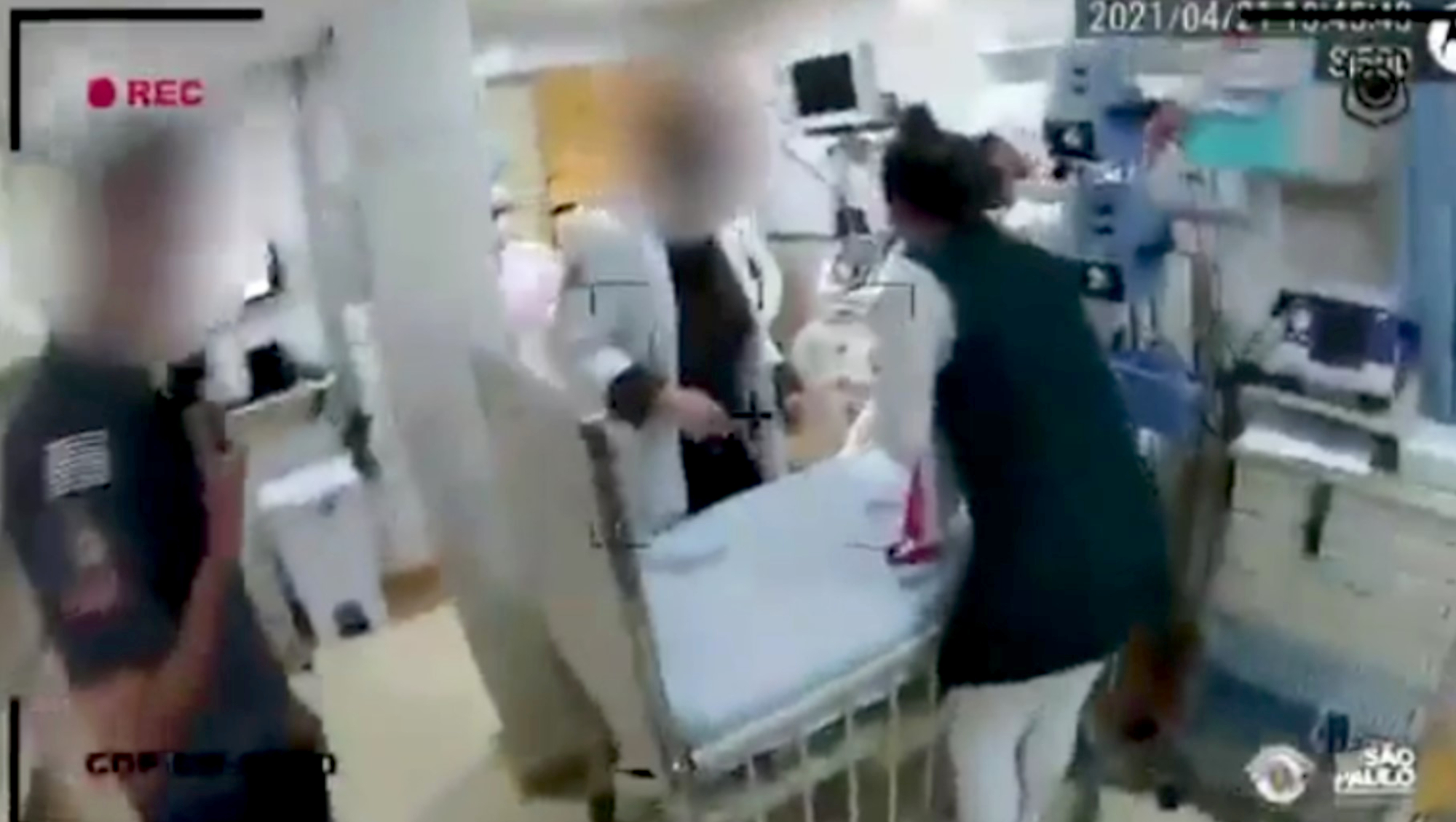 After the officers managed to help the choking newborn, they took the child to the Menino Jesus Hospital in Sao Paulo, Brazil, on April 29, 2021. Nurses continued procedures that saved the baby. (@PMESP/Real Press)

A team of the Metropolitan Military Police Battalion rescue a choking newborn who was not breathing.

The video posted by police officers shows the moment they are approached by a man with a baby in his arms. The man was in distress and pleaded with the police for help, since the infant had stopped breathing.

One of the officers took the baby in his arms and rushed to the patrol vehicle while performing a Heimlich maneuver.

The police team took the baby to the Menino Jesus Hospital, where the medical team continued treatment.

In the meantime, the baby had started to breathe again and has reportedly recovered without any after-effects.