Keepers hand-feed the reptiles, which snap up bugs as fast as they can.
By Andrea Tabarcea May 4, 2021
Facebook
Twitter
Linkedin
Email 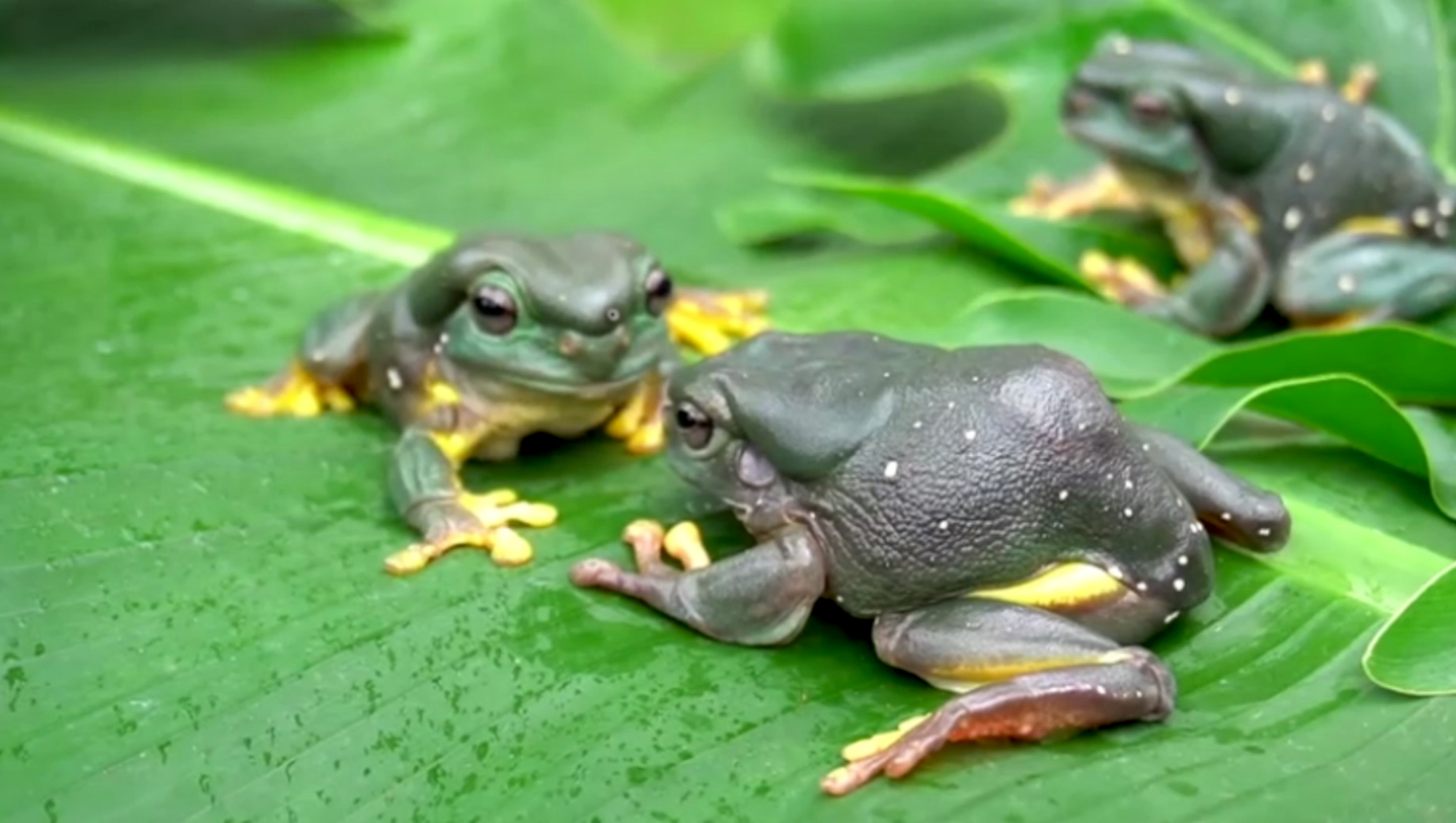 A video of the frogs feeding was filmed at the zoo and wildlife park in Port Macquarie, Australia.

In the video, several tree frogs are seen eating insects from the hand of a zookeeper.

The frogs seem to be fighting for their food.

Want to know more about the frogs and their eating habits? Krysti Giles, marketing and social media manager at the park, offers these details:

“Ever wondered why frogs close their eyes while they eat? Frogs don’t just blink like humans while they eat. They, in fact, use their eyes to help swallow their meal. This is because they don’t have teeth to chew, nor does their tongue anchor to the back of their mouths, so it can’t push the food downwards.

“Their eyes retract and sink into the skull slightly, putting pressure on the top of their mouth to push the food along. If closing their eyes doesn’t work quick enough, they’ll use their feet as well to finish it off.”

A tree frog is any species of frog that spends a major portion of its lifespan in trees or other high-growing vegetation.

In most cases, they only descend to the ground to mate. Some build foam nests on leaves, but rarely leave the trees as adults.

Tree frogs usually reach 4 inches or more in length, since their weight must be carried by branches and twigs in their habitats. Normally, they are smaller and thinner than terrestrial frogs.