Tremors caused a landslide, cutting off power in some Brasilia neighborhoods.
By Tijana Milich May 4, 2021
Facebook
Twitter
Linkedin
Email 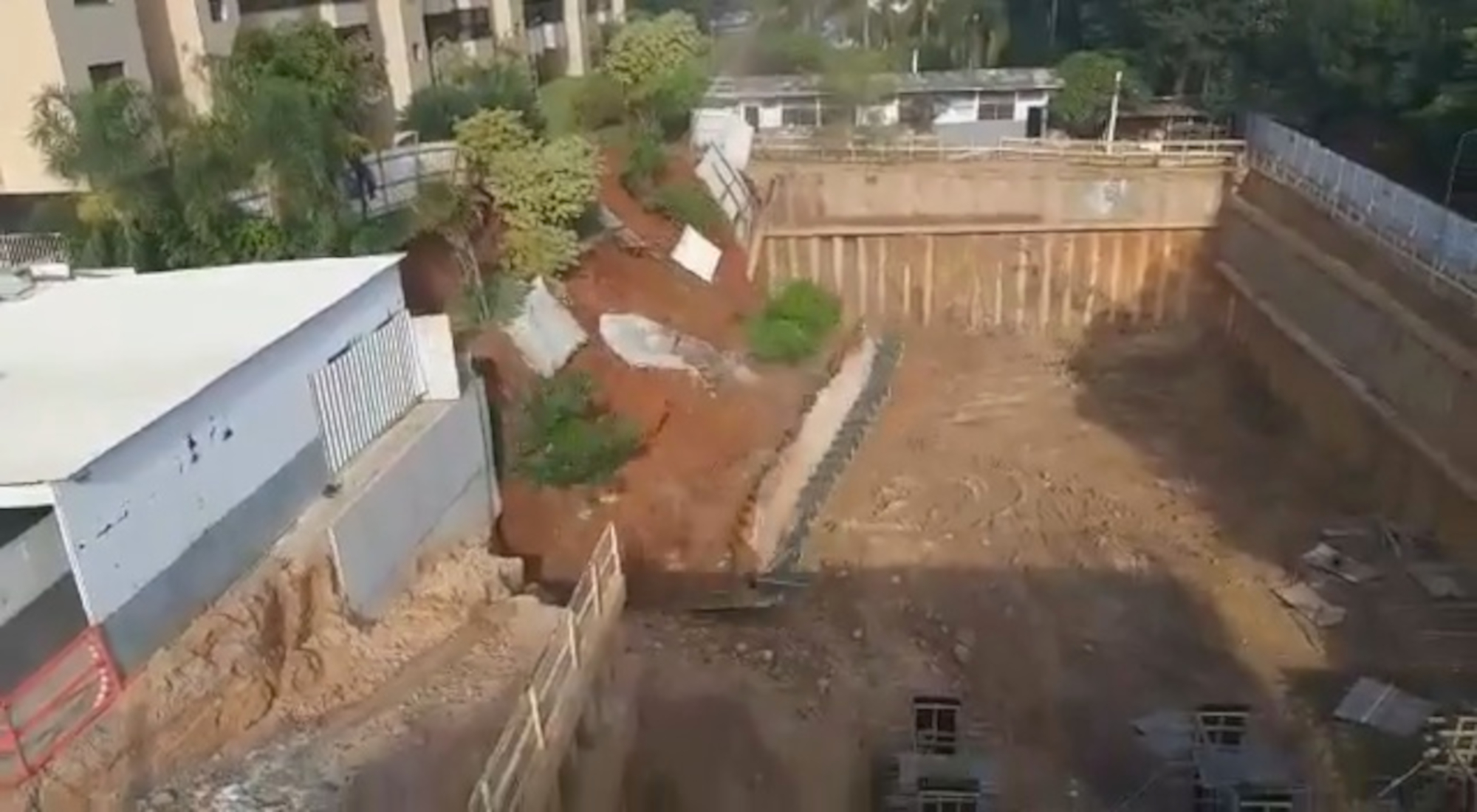 A retaining wall at a construction site in Brasilia, Brazil, collapsed on May 2, 2021. (@cbm_df/Real Press)

BRASILIA, Brazil — A retaining wall being used to stabilize a slope collapsed at a construction site in Brasilia, Brazil’s capital.

The incident occurred at a townhouse complex on May 2 and was reported by nearby residents, who felt earth tremors that morning. However, it was not immediately known if the quakes caused the collapse, or if something else did.

When the fire department arrived at the scene, they found a large amount of displaced soil, due to the rupture of the retaining wall. Local media reported that part of the area lost power.

According to the fire department, no construction workers were present during the collapse, and no one was injured.

The location is isolated, and the Civil Defense was called in to evaluate the damage.