Tee Off: Olmos, Lopez Shine In ‘Walking With Herb’

“It’s the best chemistry I’ve ever had since ‘Stand and Deliver,’ said Olmos.
By Bel Hernandez May 4, 2021
Facebook
Twitter
Linkedin
Email 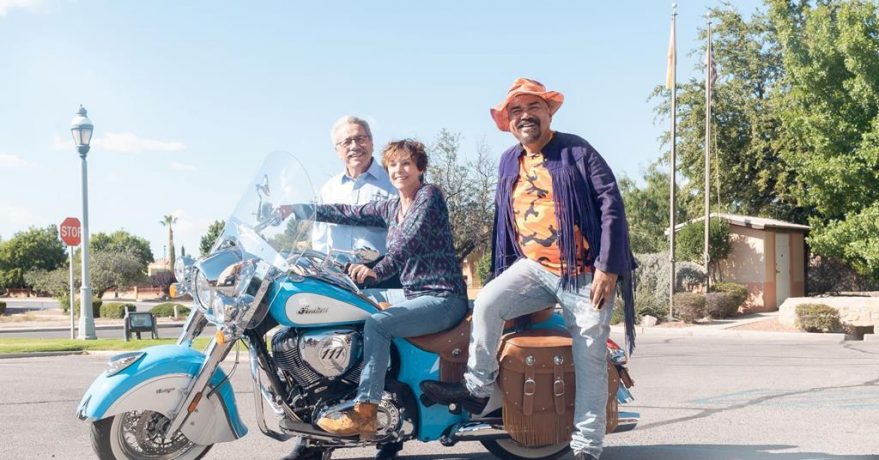 As theaters start to reopen, “Walking With Herb” will lift spirits and touch hearts.

Joe Amable-Amo (Olmos) is a bank executive and former amateur golfer, who endures two deaths, including his 2-year-old granddaughter, and has lost all hope and joy. Not even his wife, played by Kathleen Quinlan, can lift his spirits.

Help comes his way via God’s eccentric messenger, Herb (Lopez). Herb explains to Joe that he has been chosen to inspire the world and play in a world championship golf tournament.

With a bit of prodding from Herb and the fact the cash prize will allow Joe to help his daughter save her child-care business, he agrees. The golf lessons from Herb, which help Joe win the tournament, take him out of his grim existence.

The chemistry between Lopez and Olmos is reminiscent of the great buddy movies duos, like Jerry Lewis and Dean Martin, but on a more “spiritual” level.

“It is the best chemistry I’ve ever had [on screen] since ‘Stand and Deliver,’” Olmos said.

Olmos said he learned golf tips from Lopez. “He actually did teach me how to play,” Olmos said. “George is a brilliant golfer. He’s been playing golf since 1981. But I’ll tell you right now; he’s a better actor than he is a golfer.”

“’Walking With Herb’ is the right movie at the right time,” said Fathom Events CEO Ray Nutt. “As we emerge from a challenging year, we could all use a film that uplifts, entertains and reminds us of what is possible.”

“Walking With Herb premiered on April 30, May 1 and May 3 in a three-night nationwide Fathom Events limited engagement. Find future tickets at FathomEvents.com or WalkingWithHerbMovie.com.