Sweet Treat: Enjoy Dulce De Leche By Itself Or In Mexican Desserts

Depending on the region, it's made from cow's or goat's milk.
By Carlos Moron May 4, 2021
Facebook
Twitter
Linkedin
Email 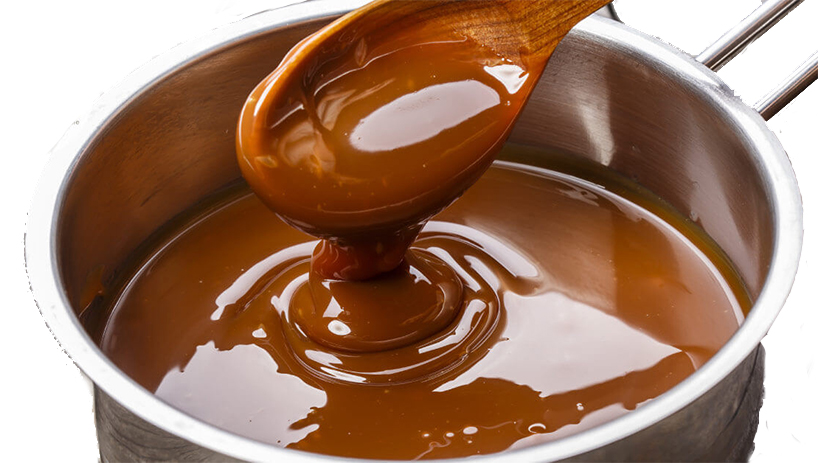 Mexico has a long tradition of producing artisanal sweets. Dulce de leche is one of these delicacies.

Making dulce de leche “is a family tradition passed down from generation to generation. My grandmother taught my mother, she taught my sisters and me,” said Elsa Montero Gutiérrez, a housewife from Jamapa, Veracruz, where the confection is often made.

“In some houses, families prepare it and sell in the city; many sell their caramels in the restaurants of the Mandinga area [in the nearby town of Alvarado],” she said.

Hundreds of families throughout Latin America make this sweet at home. Milk and cane sugar are simmered over low heat for hours, stirred constantly, until the mixture is thick and creamy. The process is labor-intensive, and if burned, the taste changes. Some add vanilla, as well.

Because dulce de leche’s main ingredient is milk, it is common to find it in places with livestock farms, especially those with dairy cows and goats.

“With 3.1 quarts of milk and 4.4 pounds of sugar, one can make enough dulce de leche for the whole family. The main ingredient is raw milk, which gives it that unique country flavor,” Montero Gutiérrez said.

Dulce de leche is traditional throughout Latin America. Although there is no certainty about its origin, several countries claim to be its creator, including Mexico, Argentina, Peru, Chile, Bolivia, Paraguay and Colombia.

But historians say that it came originally from Indonesia. It spread throughout the region, and in the 6th century, Filipinos were already enjoying the sweet. The Spaniards brought it to the Americas during the colonial period.

Its name varies according to region and the type of milk used. Argentines usually make it with cow’s milk, while milk can come from cows or goats in other countries.

One of its Mexican varieties is cajeta (caramelized milk). Cajeta’s ingredients usually include goat’s milk, vanilla and spices, and its cooking resembles the rest of Latin America. Since cajeta has a liquid consistency, buyers get it in jars. The city of Celaya, Guanajuato, is known for this sweet.

“I like dulce de leche. … It is a traditional Mexican sweet such as coconut macaroon, tamarind with chili, or candied fruit. You can find it in handicrafts markets without any problem,” said Ernestina Carmona Peña, a housewife from Boca del Río, Veracruz.

But because it is among the favorites of children and adults and an ingredient in countless desserts, factories quickly produced it, and the industrial market monopolized sales.