Presidents No Show To Receive Report On Mozambique Military Intervention

Four presidents from Southern Africa fail to turn up to consider a report on a military intervention in Mozambique.
By Calistus Bosaletswe May 4, 2021
Facebook
Twitter
Linkedin
Email 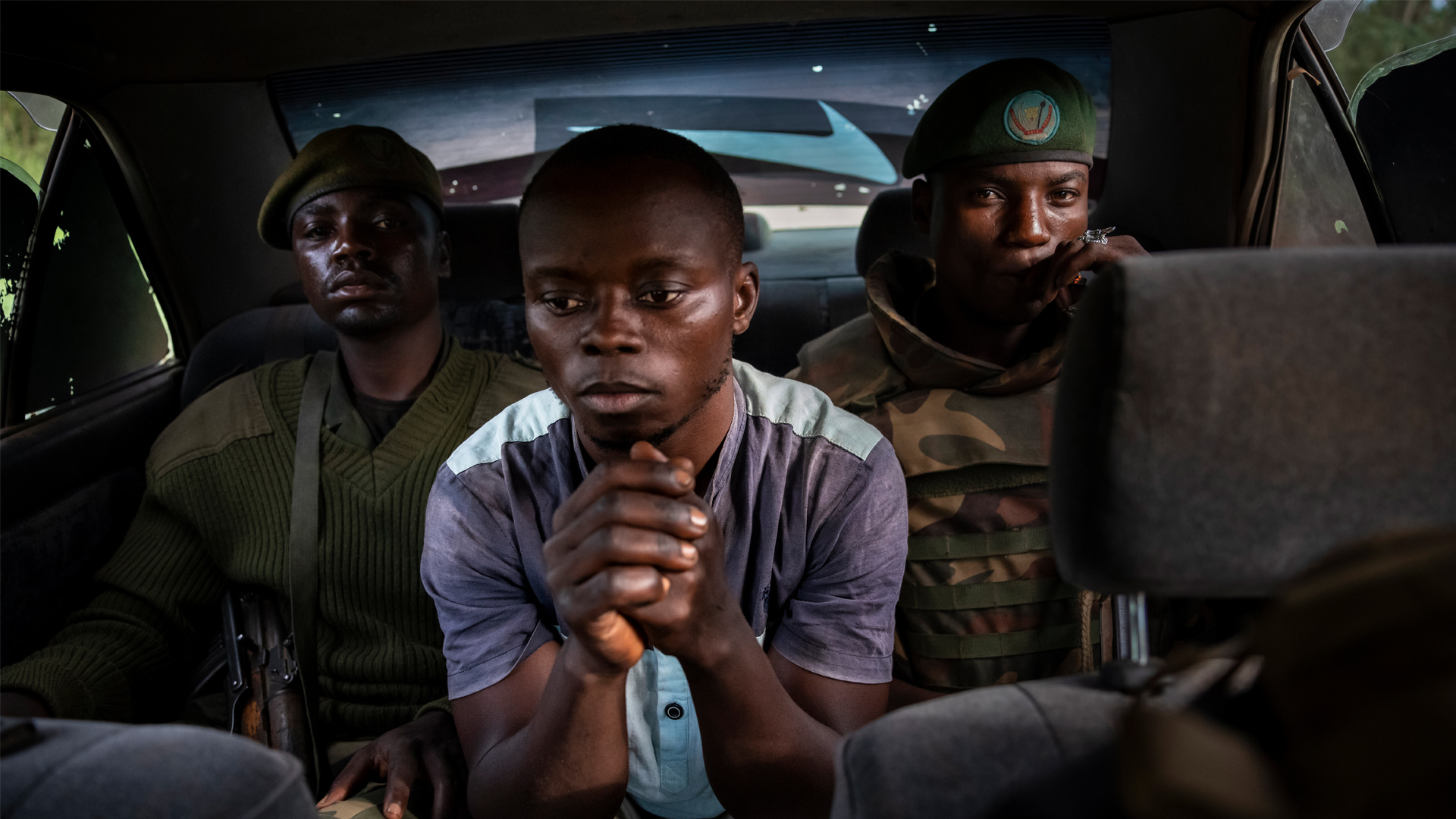 A Congolese man who is a suspected collaborator with Islamic terror group. (Brent Stirton/Getty Images)

GABORONE, Botswana — Hopes of a quick military intervention by African armies against the Islamic State insurgents in Mozambique were dashed after African presidents failed to turn up to receive a crucial report.

Four presidents from the South African Development Community failed to meet on April 29 to consider a report on deploying troops to fight the militants in Cabo Delgado province of Mozambique.

The presidents are Mokgweetsi Eric Keabetswe Masisi of Botswana, the chairperson of the committee; Filiipe Jacinto Nyusi of Mozambique; Matamela Cyril Ramaphosa of South Africa; and Emmerson Dambudzo Mnangagwa of Zimbabwe.

They make up the block’s committee on politics, defense, and security.

They were to receive a report prepared by a Technical Assessment Team deployed to Mozambique to assess the situation before the commencement of military intervention by the regional block. 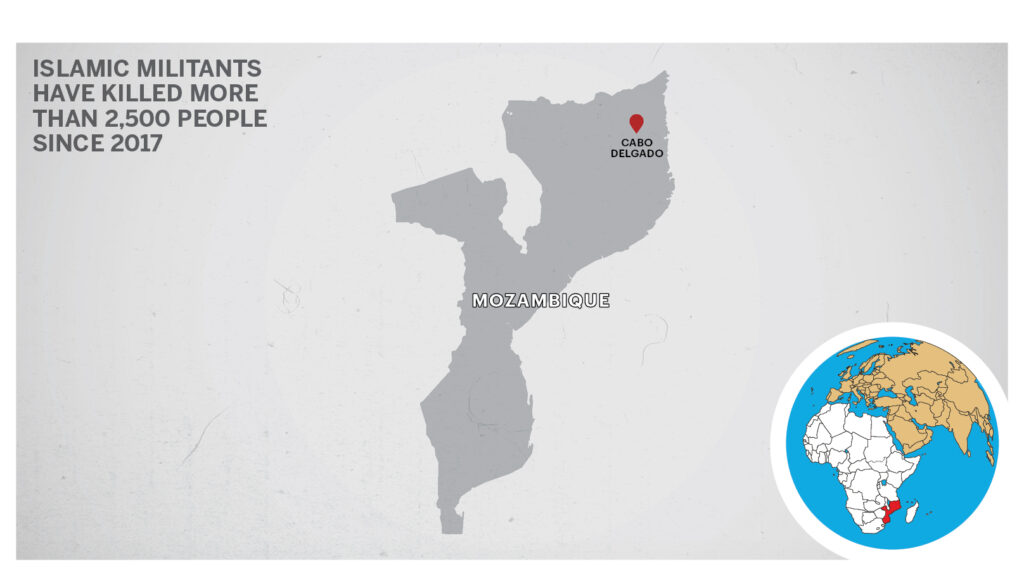 Islamic State insurgents have wreaked havoc in the Cabo Delgado province, killing more than 2,500 people since 2017 and displacing thousands more.

A recent report by the United Nations Children’s Fund said more than 350,000 children in Mozambique had been affected by the conflict.

Endowed with oil and natural gas, Cabo Delgado has been the target of the insurgents whose aim is to drive out foreign companies operating in the area.

During a meeting on April 8, in Mozambique capital Maputo, the four called for the 16-member states of the Southern Africa Development Community to consider sending troops to Mozambique to repel Islamic State militants.

Office of the President spokesperson, Batlhalefi Leagajang, said in a press release on April 29 that Masisi could not attend the meeting as he was self-quarantining following a detection Covid-19 case among his staff members.

Another statement said Masisi did not meet his South African counterpart, Ramaphosa, who “was appearing before a commission of inquiry in South Africa the same day”.

A new date for the meeting is to be announced.

However, a meeting of the four countries’ foreign ministers received the report of the Technical Assessment Team on April 28 in Maputo.

“The meeting of ministers maintains the recommendation of the politics, defense and security committee for SADC to bring peace and stability in Mozambique,” Lemogang Kwape, Botswana’s minister for Foreign Affairs and International Cooperation, told Zenger News.

Kwape said he could not go into details of the report as they are privileged and that the four presidents who commissioned the report are yet to receive it.

Defending the decision to send boots to Mozambique, Masisi told a media briefing on April 8 that the Defense Pact of the Southern Africa Development Community calls for member states to support each other to confront threats.

Masisi said during the Apartheid in neighboring South Africa, several countries in the Southern Africa Development Community played a role in liberating the country from white minority rule.

“Therefore, they should draw from the same spirit to defend Mozambique,” Botswana’s president said.

The Southern African Development Community decided to intervene in Mozambique following deadly attacks by militants linked to the Islamic State on the town of Palma in Cabo Delgado province.

An announcement by the French oil company, Total SE, that it will resume operations in the area sparked the latest round of violence in Palma in early April.

“If they are not nipped in the bud,” Kwape said, “these attacks could spiral out of control and spill to other countries in the region.”

“We need to stand firm and united as the SADC region, in solidarity with our sister country,” he said. “We will all agree that the security situation in Mozambique cannot be allowed to deteriorate any further. We need to act and act decisively, in a comprehensive manner.”

Botswana is yet to announce the number of soldiers it will deploy to Mozambique. South Africa sent in 200 soldiers to rescue its citizens in the Palma following the attacks in early April.

Pius Mokgware, a former major general in the Botswana Defense Force, told Zenger News that Botswana is living up to its commitments as a Southern Africa Development Community member.

“Botswana is within its rights to do so as a member of the African Union and the United Nations,” he said. “This shows Botswana’s commitment towards protecting people’s rights and under threat in Mozambique.”

The Southern Africa Development Community does not have a standing army, like the Economic Community of the West African States, which often responds to political and security emergencies in the region.

However, individual countries have contributed to peacekeeping operations under either the umbrella of the United Nations or the African Union.

A contingent of the Botswana Defense Force participated in The Unified Taskforce in 1992 and 199 to restore peace in Somalia during the Somali civil war.

Following the end of the mission, Botswana’s forces participated in United Nations Operations in Somalia, a subsequent peacekeeping mission that lasted from 1993 to 1995.