Pic-and-Mix-asso: Iconic ‘Guernica’ Painting Recreated With A Half-Ton Of Chocolate 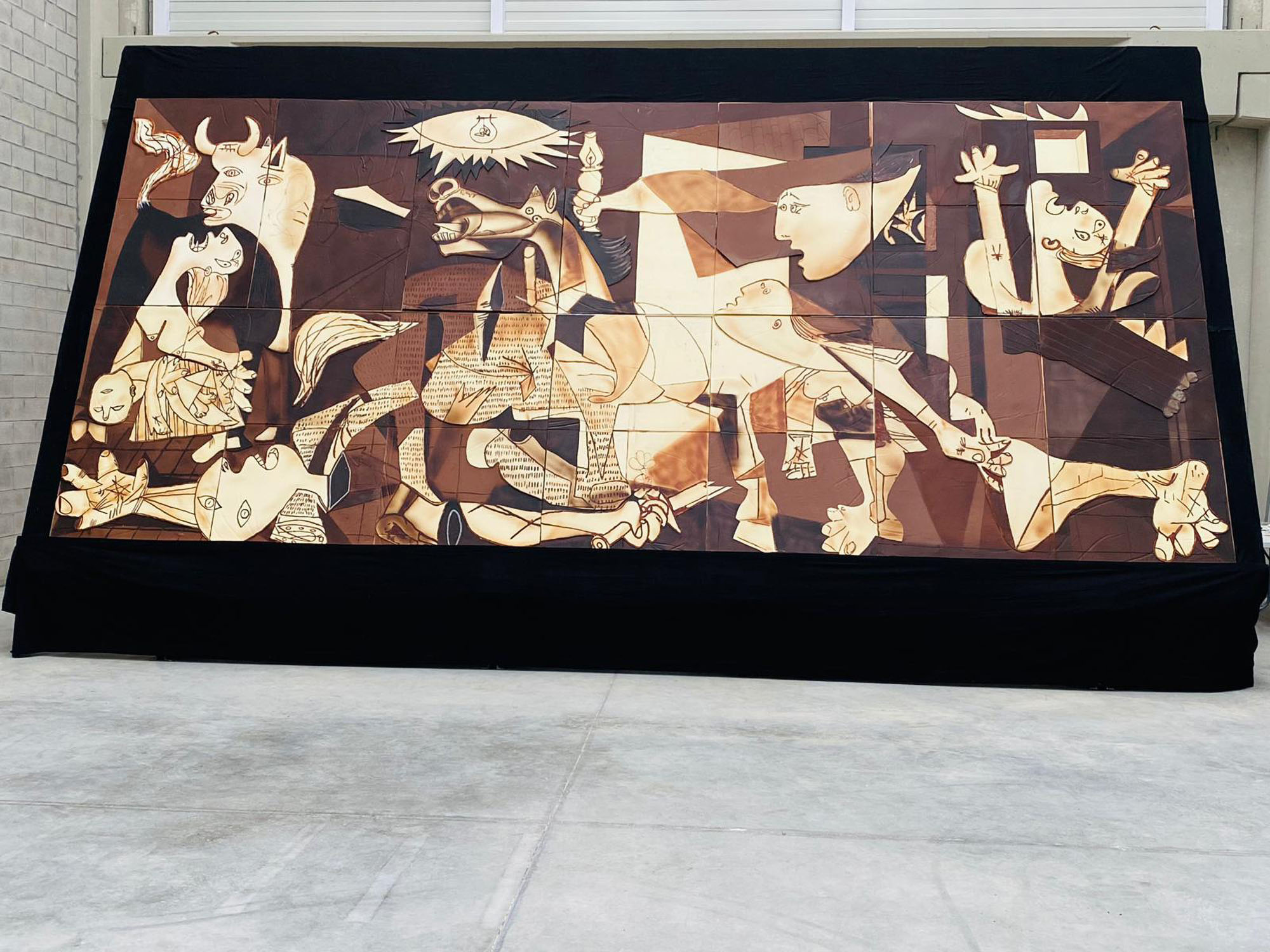 A massive chocolate replica of the Picasso painting of “Guernica” was exhibited in April in Guernica, Spain. (Euskal gozogileak Gastronomia dulce artesana/Zenger News)

Around 1,102 pounds of chocolate were used to recreate the famous painting, which shows the suffering of people and animals during the bombing of the Basque town of Guernica on April 26, 1937, during the Spanish Civil War.

The re-creation marks the 85th anniversary of the bombing by Francisco Franco‘s rebel Nationalist faction, aided by the Nazi Luftwaffe’s Condor Legion and the Italian Aviazione Legionaria named Operation Rugen.

The bombing campaign led to Franco capturing the Basque city of Bilbao and claiming victory in northern Spain.

The replica is similar in size to the original Picasso painting, which is exhibited at the Reina Sofia art museum in Madrid, the Spanish capital.

Lorena Gomez, president of the Basque Federation of Sweet Artisan Gastronomy, told Zenger News the replica is exhibited in a temperature-controlled room in Guernica and will travel to exhibition centers throughout Spain, Germany and France.

“It is a world-famous painting with a message of suffering and history linked to the Basque Country,” Gomez said.

Pastry chefs and chocolatiers from the Basque Country worked with white chocolate, milk chocolate and dark chocolate from April 9-21, to create the same tonality as the original.

The copy was difficult to produce, due to the large amount of chocolate, Gomez said.

“We had to divide the painting into 14 different parts around 5.5 feet wide and 3.6 feet tall,” she said.

Once all parts were finished, they were taken to the exhibition room in special boxes to carry the panels The team then set up the panels to produce the finished copy of the Picasso painting.

Once the exhibition ends, the piece will be broken up. “It cannot be eaten, as it has suffered a lot of temperature change and is gathering dust,” said Gomez.

With this project, the federation wanted to show the confectionary industry is not the “poor sister of gastronomy” and should be considered as creative as other disciplines.

The Basque Country is considered one of the most important gastronomical regions in Spain.

Though the COVID-19 pandemic has hit gastronomy particularly hard, the sweets sector has not suffered as much as others, Gomez said. “There was a change of habits, a lot of people bought chocolate and baking goods during the lockdown, and throughout the pandemic, customers have returned to buying tradition patisserie goods.”

The president of the Basque government said no patisseries had to close during the pandemic.