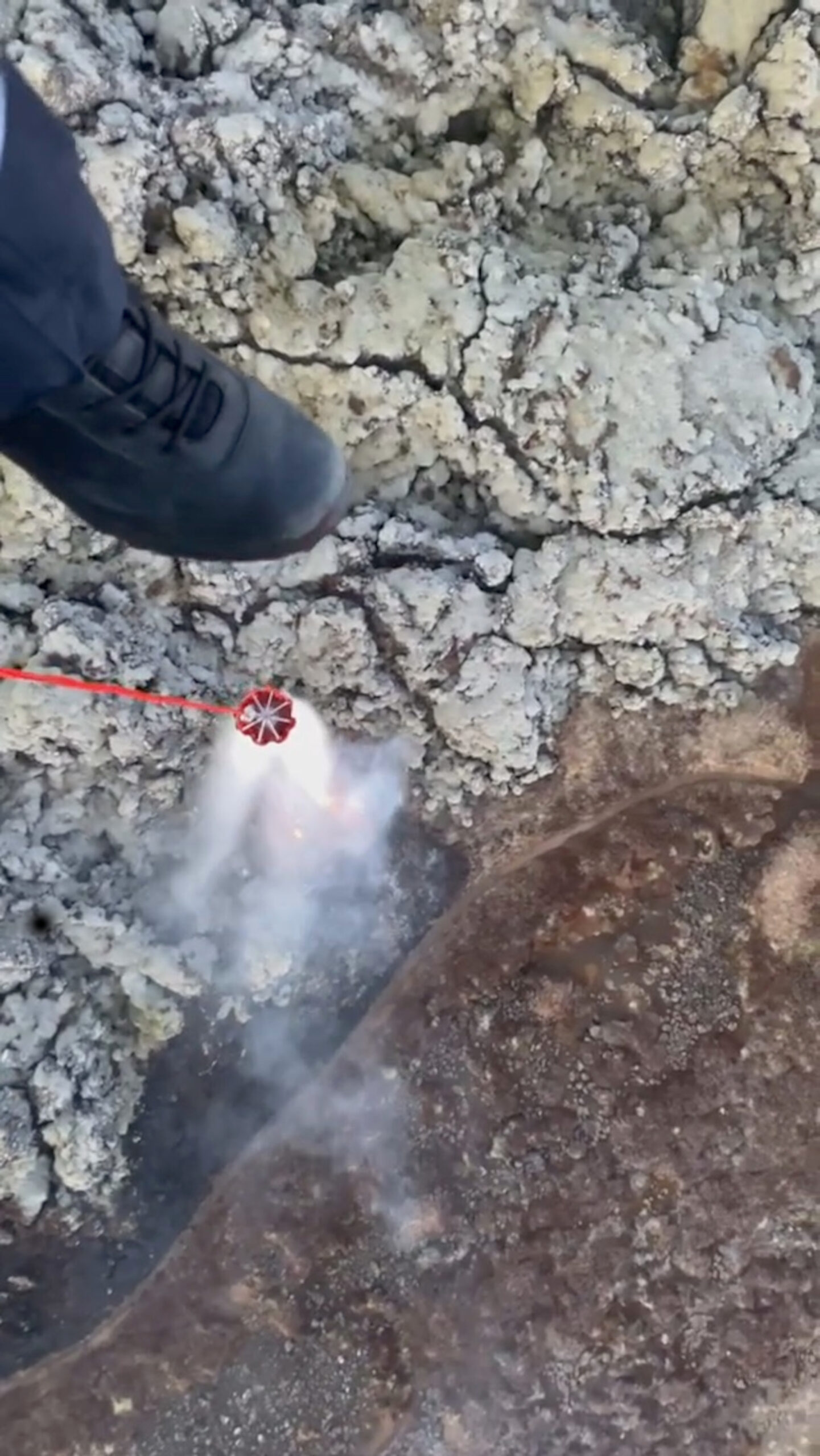 An Icelandic Coast Guard helicopter uses a huge hose fire extinguisher to target a blaze on a dormant volcano.

The wildfire took place in the vicinity of Burfell, Iceland.

A video of the fire’s extinguishing operation was posted by the Icelandic Coast Guard on May 3.

The Coast Guard’s helicopter was called to the scene by the Fire Brigade in Reykjavík, the capital.

The helicopter crew prepared a special fire extinguisher in the Coast Guard’s hangar. Once at the location, the helicopter flew over the fire and used water from two lakes to fight the blaze. Six trips were needed to achieve success.

Taller than ususal lava fountains, up to

The Burfell area is a 1,570-foot basalt tuya, a flat-topped, steep-sided volcano formed when lava erupts through a thick glacier or ice sheet.

Tuyas are rare, confined to regions covered by glaciers which had active volcanism during the same period.