The Nebra Sky Disc will be showcased at the British Museum.
By Georgina Jadikovskaall May 4, 2021
Facebook
Twitter
Linkedin
Email 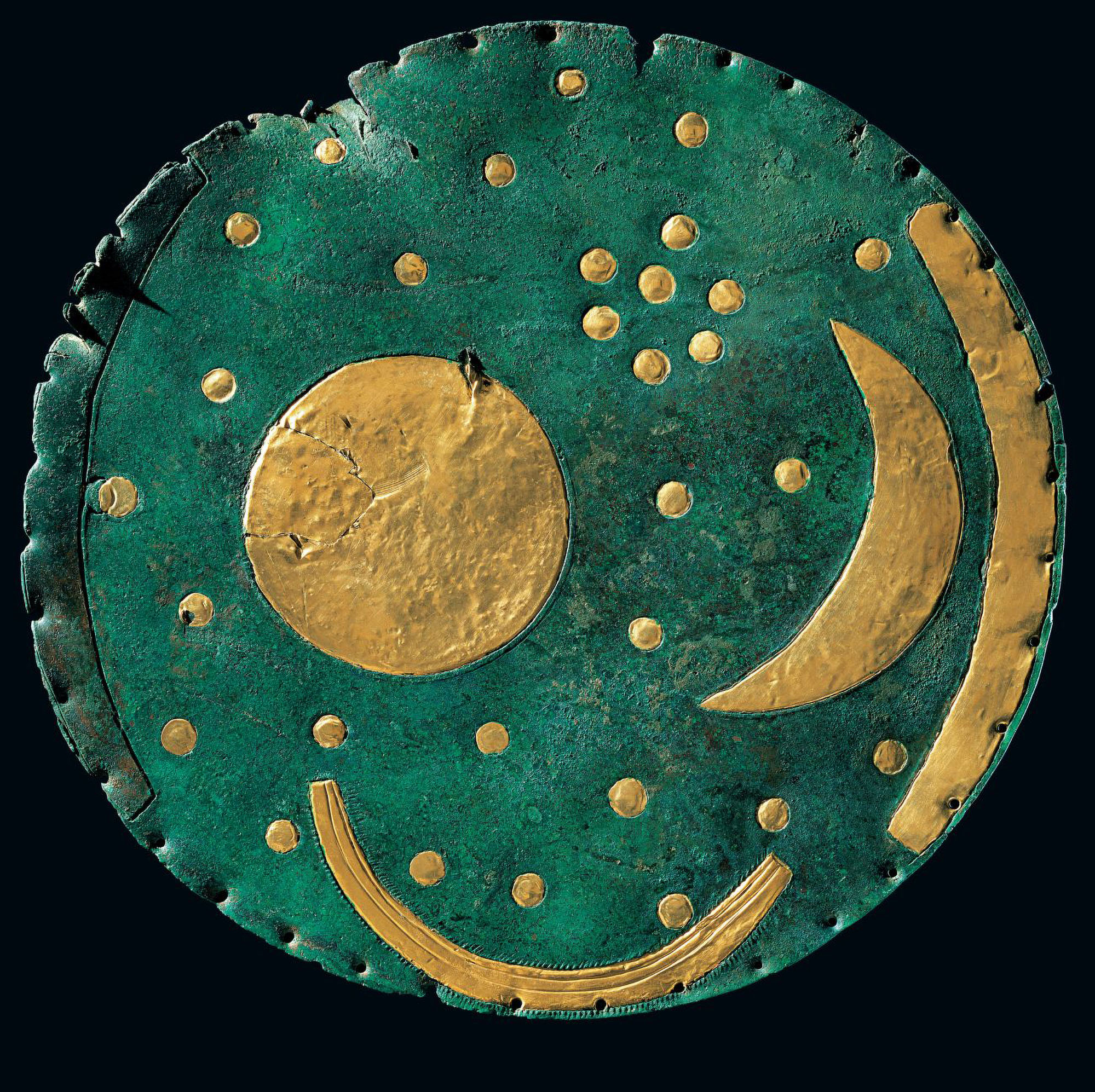 The Nebra Sky Disc was discovered in the German state of Saxony-Anhalt. (State Office for Heritage Management and Archaeology Saxony-Anhalt, J. Liptak/Newsflash)

The Nebra Sky Disc, a famous Bronze Age astronomical clock, will be displayed at the British Museum in London from June to October, on loan from Germany.

The artifact is said to be the oldest portrayal of the cosmos.

The 3,600-year-old disk, which has been restored, is currently on exhibit at the State Museum of Prehistory in Halle, Germany, through May 16.

In return for the Nebra Sky Disc, the British Museum will loan high-ranking artifacts, including the solid gold Mold Cape — considered the most famous Bronze Age find in Great Britain — to the State Museum of Prehistory.

The Nebra Sky Disc is an archeological wonder found by illegal treasure hunters Henry Westphal and Mario Renner in the German state of Saxony-Anhalt in 1999.

It changed hands several times before authorities managed to seize it in the Swiss city of Basel on Feb. 23, 2002.

The Nebra Sky Disc is one of the most important finds of the previous century, showcasing the full moon or the sun, the crescent moon and the Pleiades before a symbolic representation of the night sky.

After years of detailed research, evidence suggested the disc was actually an astronomical clock used to harmonize the solar and lunar calendars.

«Previous Post
Carlos Suarez: A World Of Adventure And Adrenaline»Next Post
Making A Living From Gaming: Not Just For Fun