Carlos Suarez: A World Of Adventure And Adrenaline

The Spaniard travels the world practicing mountaineering and parachuting with all the risks that entails.
By Christian Valera Rebolledo May 4, 2021
Facebook
Twitter
Linkedin
Email 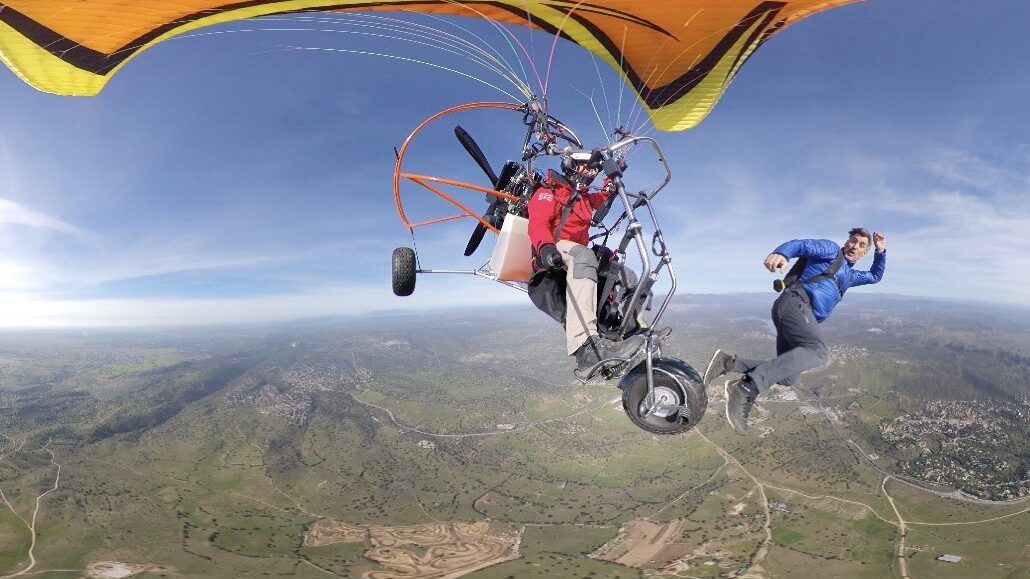 “I have lived through several powerful moments; of having several intense sensations that make me feel like a part of everything, feeling the forces of nature around me, and, in general, feeling how small I am when compared with the world itself,” said Suarez. (Courtesy Carlos Suárez)

Going face to face with nature with one’s own life on the line while discovering new, beautiful landscapes is a lifestyle many have dreamed of having, but financial struggles and daily routine make it difficult to accomplish. However, that has been the lifestyle of Carlos Suarez, a Spaniard who has been traveling around the world since he was 19, risking his life every day by exploring, hiking and climbing mountains.

For Suarez, reaching a high altitude is a moment of great introspection. He has dedicated himself to mountaineering and skydiving for over 30 years, fusing sport with adventure.

“I have lived through several powerful moments; of having several intense sensations that make me feel like a part of everything, feeling the forces of nature around me, and, in general, feeling how small I am when compared with the world itself,” said Suarez. “Such moments invoke a moment of reflection, and it is important to savor these moments as much as one can.”

Touring around the “world of adventure” — a nickname he gave to his lifestyle— entails discovering new places and friends who share the same passion. However, an adventurer must first learn how to say goodbye to loved ones back home.

“My family has been worried for me for years. My mother alone has suffered through a lot,” said Suarez. “Truth be told, that has always been difficult, as no matter what, the closest ones to me will always worry, even though I always have shown that I am quite consistent on taking things seriously. I try to always go with as much security equipment as possible. However, there is always some risk, but we adventurers know that well.”

For Carlos Suarez, climbing is not just a sport. It means risk and adventure, something he makes clear with his many expeditions on almost every continent. The COVID-19 pandemic stopped his adventures, such as the one he was planning: visiting the Potrero Chico valley in Nuevo León, Mexico.

In 2000, he fought through the risk of avalanches on the K2 mountain in the Himalayas. Years later, he faced his mortality when his parachute failed. The experience left him with a collapsed jaw and some broken ribs, but it also introduced him to the world of literature with his book, “Dying for the Summit.”

“I have written “Dying for the Summit” and other books which I consider more than just literature but the compilation of several quotes from great mountaineers. I then wrote the manual, “¿Como escalar en solitario?”, about the sensation we mountaineers feel. At the moment, I am working on an autobiography,” he said.

The mountaineer has inspiring words for teenagers seeking to follow in his steps: “I believe that passion can achieve great things. I am in favor of going from place to place because that is what life is all about: pursuing our dreams by continuing to move forward.”