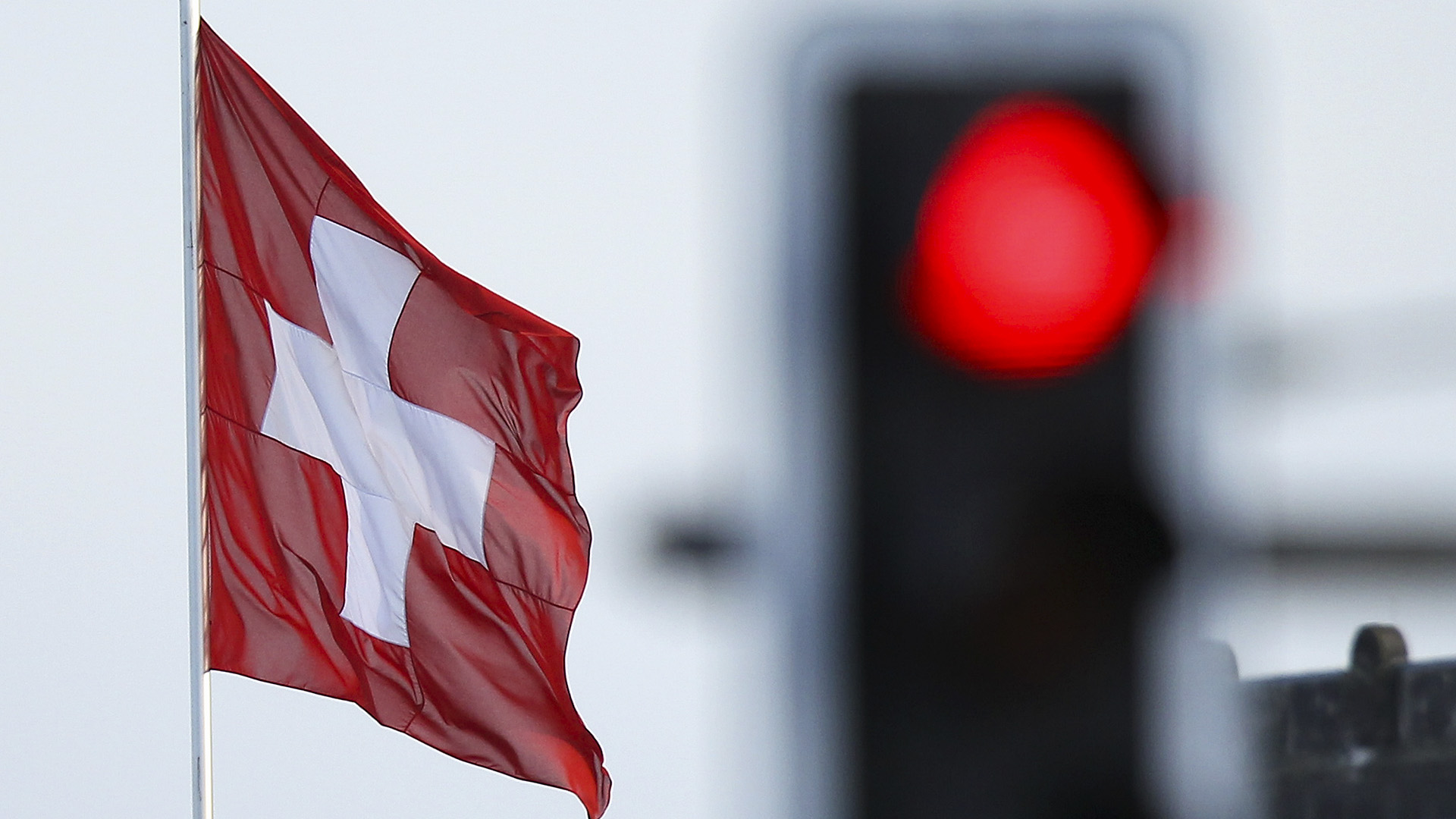 Switzerland, through its Centre for Humanitarian Dialogue, has stepped up as chief mediator. (Sean Gallup/Getty Images)

DÉTROIT, États-Unis — Ambas Bay is a small cove roughly 80 kilometers (50 miles) west of the Cameroonian city of Douala that opens into the Gulf of Guinea. A British missionary, Alfred Saker, purchased land along the Ambas Bay coast to establish a settlement for freed slaves in 1858.

More than 160 years later, this historical fact takes on new meaning as Cameroon enters its fourth year of a protracted civil conflict, dubbed the “Anglophone Crisis” in the international press.

The conflict pits the central government in the capital, Yaoundé, and two Anglophone provinces, which developed out of Ambas Bay named Northwest and Southwest, and jointly referred to as the Southern Cameroons or Ambazonia.

Ignored by the rest of the world, a group of Cameroonian opposition leaders from the two Anglophone regions set up a de-facto government in 2016 to fight for the independence of Ambazonia. 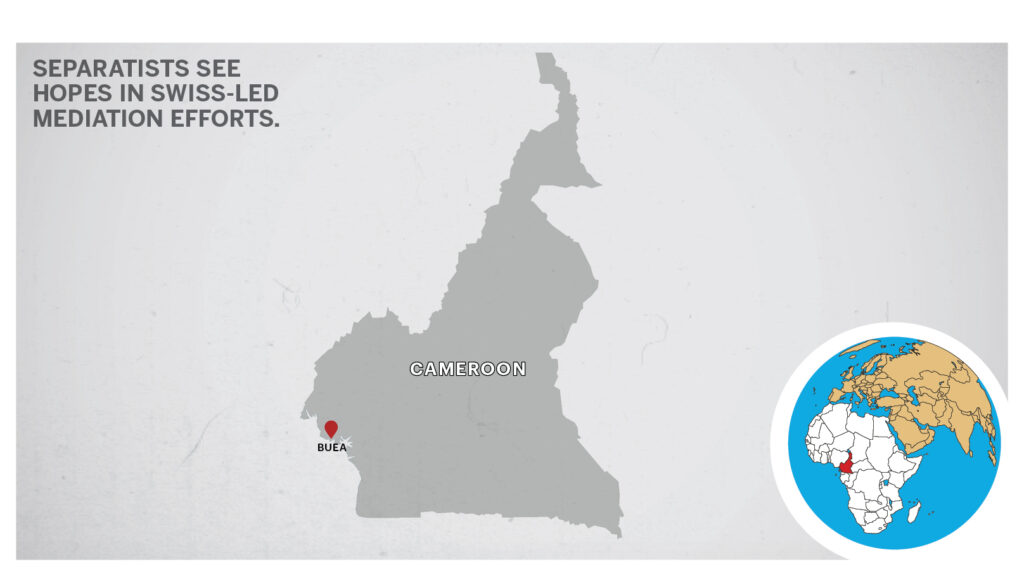 “We want a free and independent Southern Cameroons, and we want that through an internationally mediated settlement,” Chris Anu, the Communications Secretary of the United States of America-based Interim Government of Ambazonia, told Zenger News.

The geographically larger French-speaking part of Cameroon got independence in January 1960 from France, while the smaller English-speaking region got freedom from Great Britain in October 1961.

It was an awkward political marriage, and the leaders of Ambazonia are seeking a divorce following years of assimilation from the central government.

Samuel Ikome Sako, a Christian counselor and longtime humanitarian advocate for the people of Southern Cameroons, obtained political asylum in the United States in 2010.

Sako was elected president of the interim government of Ambazonia in 2018 in polls held in the United States by representatives and civil society groups from all 13 counties in the Anglophone provinces and the Cameroonian Diaspora.

Previously, he was a special assistant to Ambassador Henry Fossung, the former president of the Southern Cameroons National Council, an organization formed in the wake of a constitutional referendum held in 1972 that dissolved Cameroon’s status as a bi-national federation.

Cameroon’s current violence can be traced back to October 2016 when Anglophone teachers, students, and lawyers began staging protests over what they saw as deliberate attempts by President Paul Biya‘s administration to undermine the English language in the region.

Anglophone educators and students complained that the government sent teachers who were fluent in French or Pidgin English. Anglophone lawyers decried a similar “provocation” with the arrival of judges educated in French civil law to the region despite their unfamiliarity with English common law that is the basis of Southern Cameroons’ judicial system.

Thousands of Anglophone Cameroonians have fled into neighboring Nigeria to escape violence perpetrated by Cameroon’s military, particularly from the Rapid Intervention Battalion.

The military is accused of committing numerous human rights abuses, including the torching of homes and villages, indiscriminate killing of unarmed civilians, torture against detainees, arbitrary arrests of political opposition, and violent dispersal of peaceful protests.

Since the conflict began in 2017, the United Nations Office for the Coordination of Humanitarian Affairs estimates that around 1.1 million Cameroonians have been displaced.

The situation in Ambazonia has exacerbated Cameroon’s existing humanitarian crises, with many other people being displaced by the fighting against Boko Haram in the country’s Far North province and around 300,000 refugees in the country’s east fleeing from violence in the neighboring Central African Republic.

Limiting the Anglophone Crisis’s scope to 2017 onwards glosses over the ripple effects of the 1972 referendum or the All Anglophone Conferences held in the early 1990s that saw a reawakening of Anglophone political autonomy among Anglophone elites.

In addition, the differing visions of Cameroonian independence envisioned by Francophone and Anglophone elites at the time of formal decolonization in 1960 and 1961 are critical facts to bear in mind when analyzing the conflict today.

“Right from the onset, the Francophone elite never really intended to have a truly federal Cameroon,” Rogers Orock, senior lecturer at the University of Witwatersrand’s Department of Anthropology, told Zenger News.

“The project was always to seek centralization and unification one way or another. It was inevitable, even in a federal situation, that we would be here.”

Orock considers himself Anglophone, although his upbringing had him traveling back and forth between Cameroon’s Anglophone and Francophone provinces.

He often highlights this fact to demonstrate that the Anglophone Crisis is not about an inability of either group to live together harmoniously but rather a by-product of decades of political and economic neglect towards Southern Cameroons by Yaoundé.

Such neglect, coupled with a collective history of state-directed mass killings, governance through secrecy, and the Francophone Cameroonian elites’ close relationships with France during and immediately after independence, has resulted in what Orock terms a “politics of suspicion” among the Cameroonian public.

“Anglophone Cameroonians have always thought that their salvation lies outside of Cameroon,” Orock said.

“The most reliable allies they would have could only come from outside Cameroon because inside Cameroon, the situation is very desperate. They are much more likely to think that what the leadership of the Ambazonia separatist movement is doing, by being located abroad, is the right course of action.”

Presently, the country which has stepped up as chief mediator is Switzerland through its Centre for Humanitarian Dialogue.

Some within the Ambazonia independence movement fear that Switzerland may not be the best choice given Biya’s frequent visitations to Geneva.

Though recognizing the legitimacy of some of these fears, Anu remains convinced that Swiss mediation will ultimately prove beneficial to the Ambazonia cause.

“Besides the Swiss, the U.N. supports (Swiss mediation), the Canadians are sponsoring it, the U.S. is strongly behind it, the European Union, U.K., and others, they are all behind it. We have a level of trust that when it comes to mediation, I believe the Swiss would like the international community to value its neutrality in the talks,” Anu said.

Although formal talks between Cameroon, civil society actors, separatist militias, and the interim government of Ambazonia have not been announced, Anu said, “they do not have pre-conditions for entering the talks.”

The Interim Government of Ambazonia sees an American partnership that would actively work to support human rights in Cameroon, with the election of Joseph R. Biden Jr. as President of the United States of America in November 2020 and the appointment of Anthony J. Blinken as Secretary of State in January 2021.

An earlier version of this article described Chris Anu as a “rebel leader.” He is the Communications Secretary for the breakaway “Interim Government of Ambazonia,” which is not recognized by the government of Cameroon. Zenger regrets this error.