No one was hurt as the fire, which spread to a nearby building, was quickly put out. 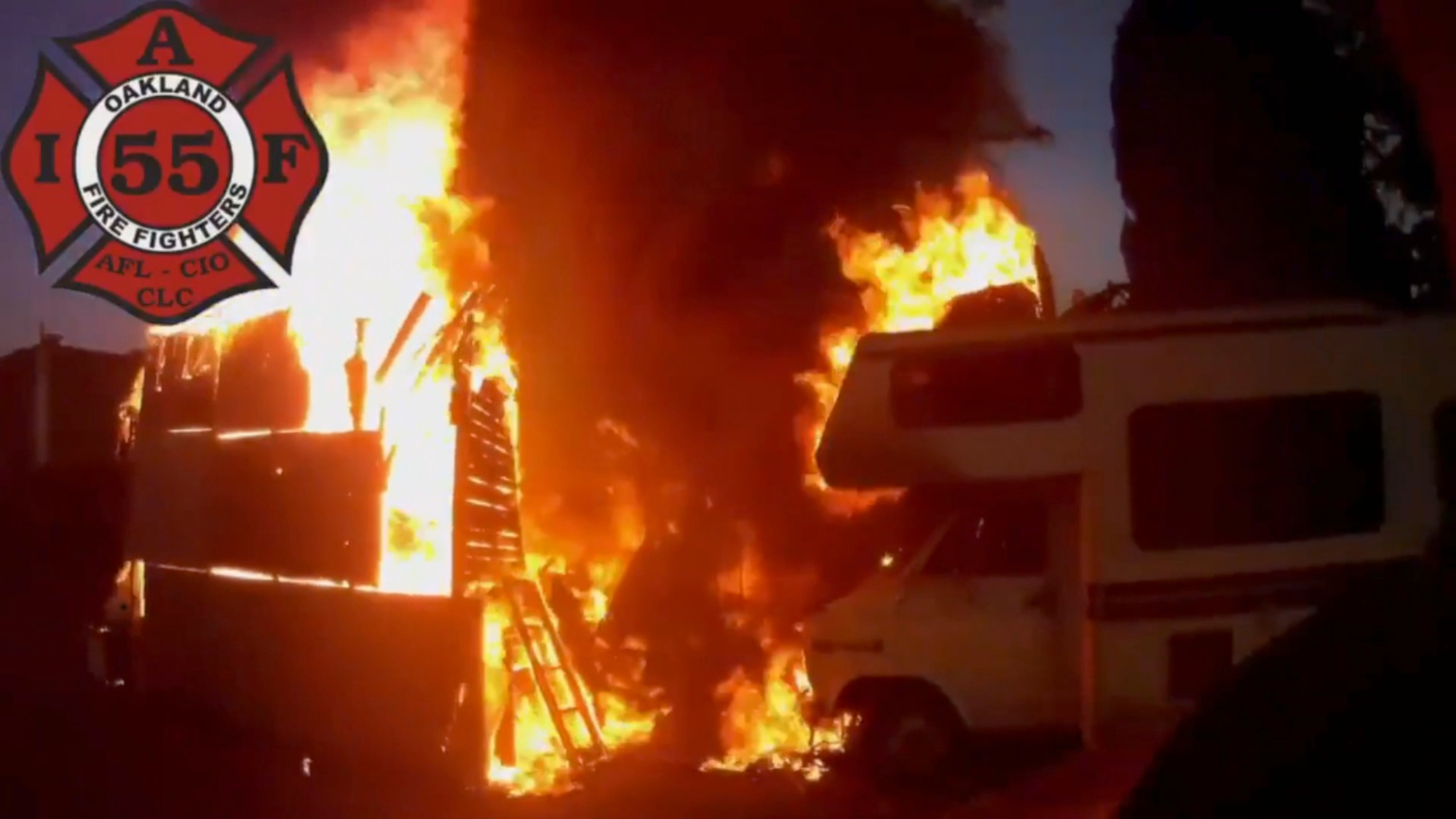 An RV and an adjoining building ablaze in Oakland, California, on April 29, 2021. (@OaklandFireLive/Real Press)

OAKLAND, Calif. — Firefighters found themselves scrambling to quell flames that engulfed a recreational vehicle in Oakland, California, on April 29.

Three fire engines, a truck and a fire battalion hurried to scene. When they arrived, firefighters encountered a wildfire that engulfed not only the front of the vehicle, but also an adjoining makeshift building and a nearby tree.

The blaze was quickly put out, and no injuries were incurred at the scene.

A recreational vehicle, often abbreviated as RV, is a motor vehicle or trailer which includes living quarters. It was not immediately known who owns the burned-out RV and whether it was occupied when the fire broke out.

The Oakland Fire Department views the blaze as a wake-up call for California’s upcoming fire season.

“It is anticipated that we will begin seeing an increase in fire activity over the coming weeks. All indications are that this will be another long fire season with record drought conditions manifesting statewide,” the department said.