Fossilized piece of a 120-year-old conifer sent back, anonymously, in a box. 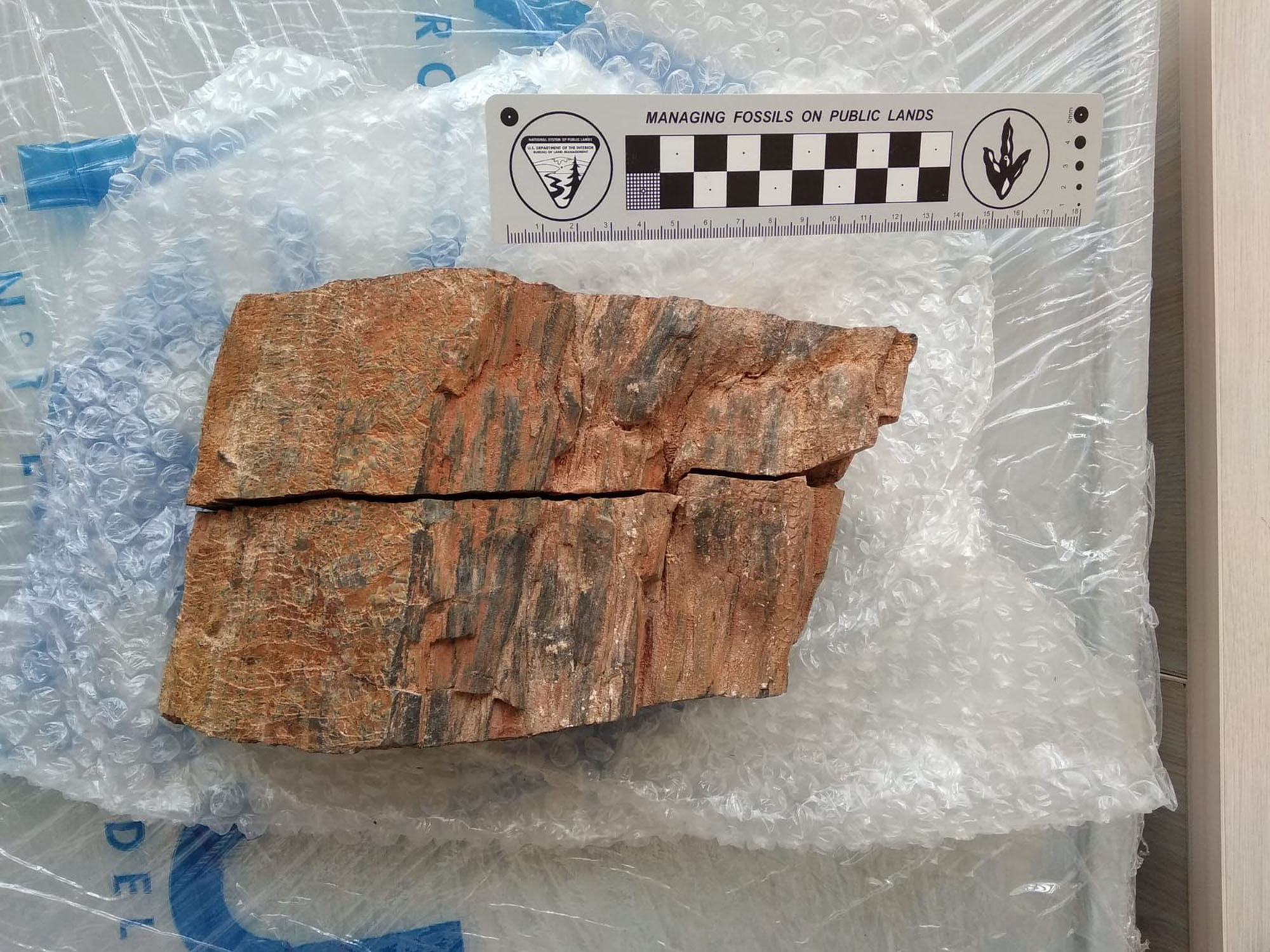 A 120-million-year-old tree fossil has been returned by a repentant person more than 35 years after it was stolen.

The remains of the ancient conifer was originally found by Felix Saez Arnedoa, a shepherd, in the village of Igea, La Rioja, Spain, in 1985.

Pilar Garcia, head guide at the Paleontological Interpretation Center of La Rioja in Igea, said local teachers Angel Gracia and Elena Torrijos, along with Luis Viera and Jose Angel Torres, members of Aranzadi Society of Sciences unearthed the remains of the tree with the help of schoolchildren from the village.

They found a tree trunk about 36 feet long. It had been dragged by a river and was eventually buried in the area where it was found.

The fossilized trunk was a conifer dating back 120 million years, though unclear which specific tree it belonged to. Its value was greatly increased after it was determined to be a new species called Dadoxylon Riojente.

For a year after its discovery, the tree was often vandalized by people trying to take a piece, leaving the trunk a mere 19.6 inches in length, with a chunk missing from the middle. Finally, a fence was erected to protect it.

Vandalism to the tree hit the headlines after Garcia condemned the damage during a local radio program. She said someone who heard her interview decided to return a stolen piece of the fossil.

The person, whose name wasn’t revealed, sent her a piece of bark back in a small box. A letter explained it had been taken 35 years ago.

Garcia said at first she was scared to open the box, but after taking a few deep breaths, she did — and was shocked. “I saw the letter and two huge pieces,” she said.

In the letter, the person said: “The 35 years that have passed in our lives means only two minutes for this fossilized tree in comparison to us.”

The center has also told people on social networks that if they are in possession of other missing pieces, they can return them anonymously — and they will not face legal action.

After the delivery of the first two remains, a woman called the center and said her father had taken a piece many years ago, and she would give it back.

The recently recovered remains do not amount to all the stolen tree pieces, but Garcia is happy progress is being made.

A fossilized tree, also known as petrified wood, is created when the original plant material is covered by sediment and does not decay, due to a lack of oxygen. Over the years, groundwater rich in dissolved solids flows through the sediment, and the original plant material is slowly replaced by other inorganic substances, including silica, calcite, pyrite or even opal.