Ginger Meggs has notched up 100 years of publication, a milestone celebrated with the release of a new book. 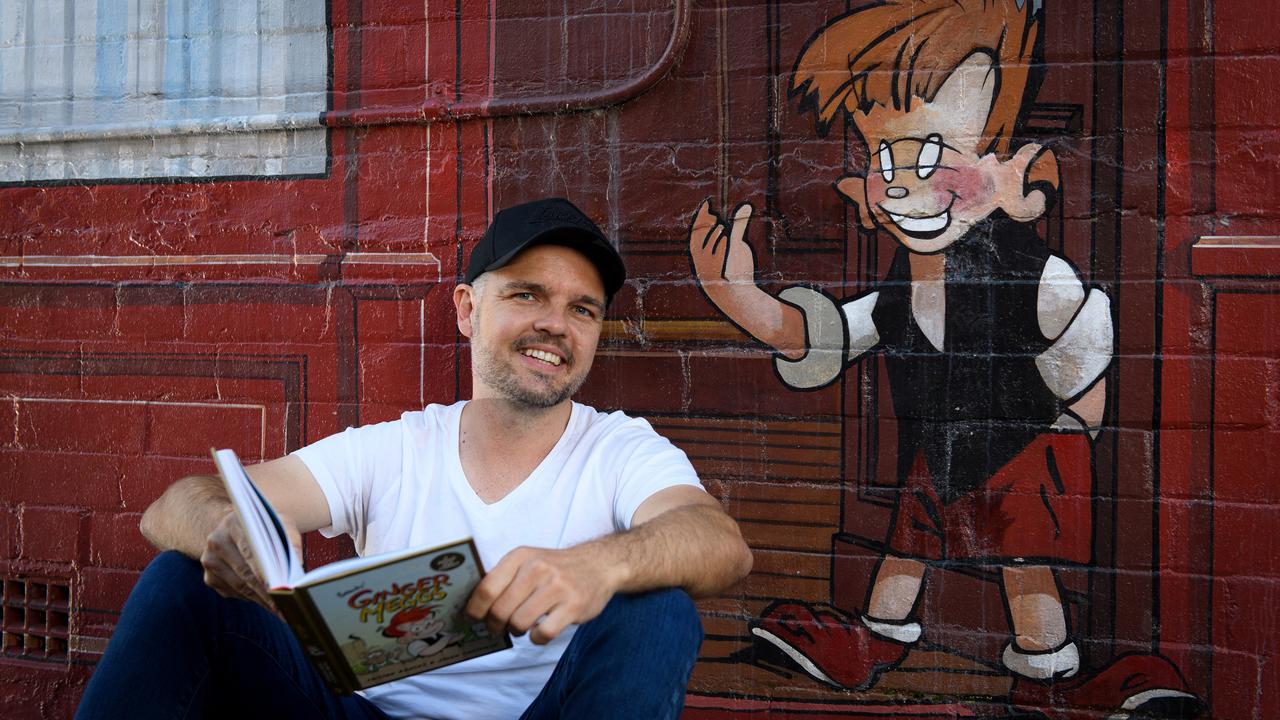 Tristan Bancks has a new book out on Ginger Meggs, which was created by his great great uncle. (Dan Himbrechts/AAP Image)

SYDNEY — He’s suffered through the Great Depression, witnessed the technological revolution, survived two world wars and a pandemic, and lived under 24 prime ministers.

Once dubbed Down Under’s Peter Pan by former Prime Minister John Curtin, Australia’s favorite boy made his debut as part of the Us Fellers comic strip in Sydney’s Sunday Sun newspaper in 1921.

Ginger Meggs has outlived its creator Jimmy Bancks and three successors but is still published daily in 34 countries, including Australia, making it the nation’s longest-running comic strip.

To celebrate, the great-great nephew of the original artist, Tristan Bancks, has teamed up with the comic’s current steward, Jason Chatfield, to create a book introducing the larrikin to a new generation.

Although his look and the challenges he faces have changed over 100 years, Bancks says the character is timeless.

“He’s got gusto, energy, and resilience. He pursues these big goals,” he said.

“They often turn to disaster, but he always dusts himself off and tries again.

Ginger has kept kids company through huge events in history and helped them process and understand the world around them.

He crossed the Harbour Bridge when it opened in 1932, met cricketing legend Don Bradman and more recently, has felt the impacts of the Black Summer bushfires and Covid-19 pandemic.

“I think at one stage, and Ginger also shot down an enemy warplane during the Second World War!” Bancks says.

However, the comic strip is at its best when it offers children an escape from the world.

“For example, in the Great Depression, Ginger was a way of people having a laugh and not thinking about their troubles.”

“After the year that we’ve all had, reading stories about this character who’s resilient and energetic and positive is just what kids need – maybe parents and grandparents too.”

Ginger and the gang — including girlfriend Minnie Peters and enemy Tiger Kelly — are still up to their old antics in the new book, consisting of four stories.

In one inspired by Bancks’ son, Ginger dreams of building a billion-dollar empire by selling lamingtons. In another, the pre-teen plans out his path to becoming Australia’s prime minister.

“The story is based on this line in an old Ginger comic strip, which was the principal saying, ‘You’ll either end up prime minister one day Ginger Meggs, or you’ll end up in jail. Possibly both’.”

Bancks has written children’s books before, but the privilege of penning this one is not lost on him.

“It means an enormous amount to me.”

“I feel so honored to be able to play in the sandpit of this world that’s been created 100 years ago and to get to use those characters in stories.”

Bancks is excited but nervous.

“My challenge was to try and make him relevant for kids who are going to read the book but also hopefully people who might have been reading Ginger Meggs for 70 or 80 years.”

“I would love to think that (my great-great uncle) would read this book and feel as though I had captured the essence of Ginger.

“I hope that he would be proud.”

Ginger Meggs the book will be launched at the Sydney Writers Festival on May 2 and is available in stores from May 4.