Despite the pandemic, loyal customers keep these Mexican workers in business.
By Christian Valera Rebolledo May 1, 2021
Facebook
Twitter
Linkedin
Email 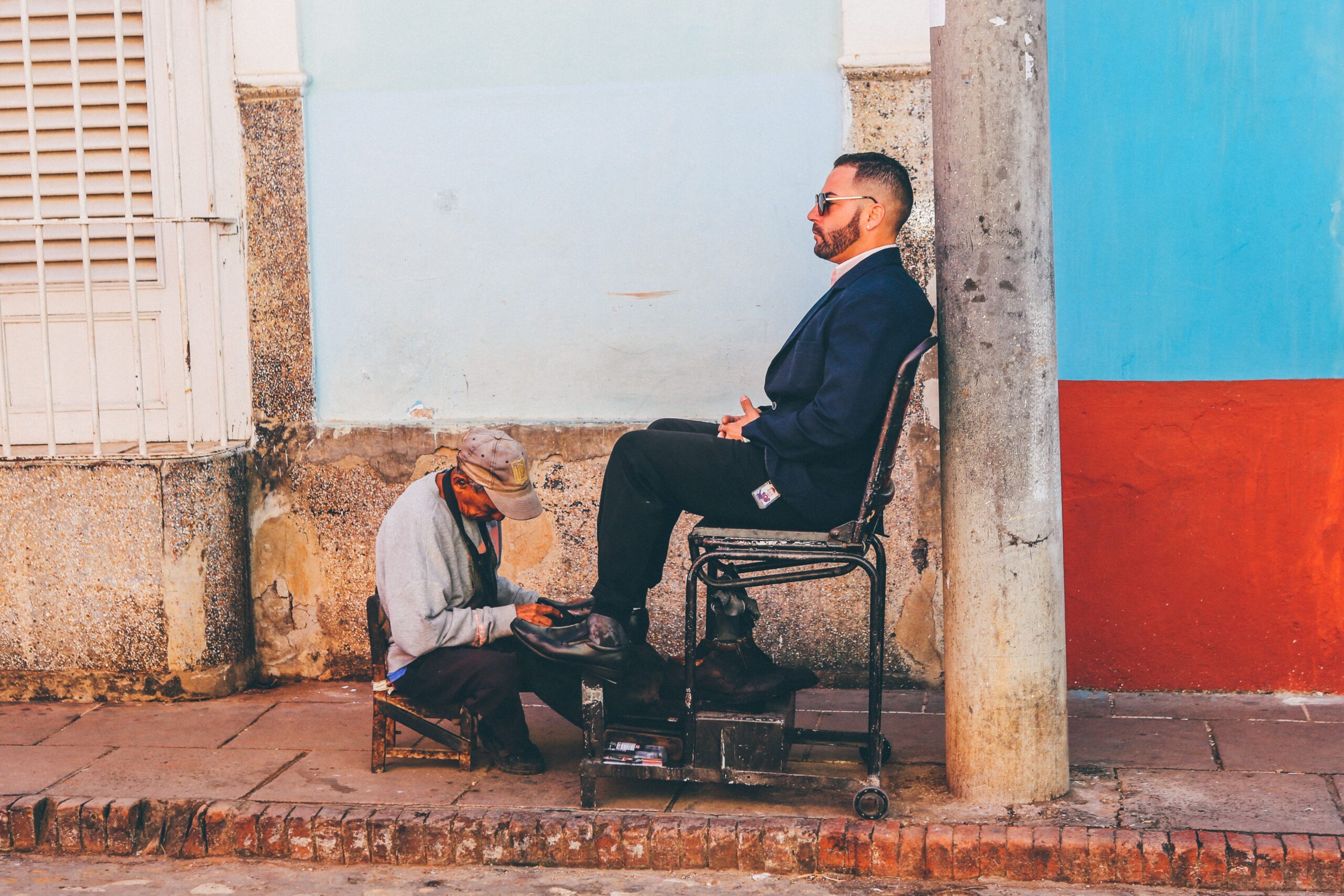 Office workers seek out their favorite shoe shiner to look flawless, even during the COVID-19 pandemic. (Nick Karvounis/Unsplash)

The Zocalo of Veracruz, Mexico, have been home to Don Margarito Núñez, where he has worked as a bolero or shoe shiner for more than 20 year. Thanks to his trade, Núñez has been able to raise his three children.

“In the trade, if we work, we earn money, but if we do not, then we face the consequences. So far, the COVID situation has calmed down a bit. At least, we have enough to buy tortillas,” said Núñez.

Shoe shiners have many stories to tell. Their job compels them to roam the city streets and has allowed them to witness the urban changes that have occurred over the years.

Those who practice this trade face competition in the form of department stores. The pandemic has hit them hard. However, they have refused to feel defeated.

After losing his previous job in a factory, Núñez began to work as a bolero, offering his services to women and men.

“The secret behind a good shoeshine is to leave it all shiny, so the customer is satisfied. I always seek to do my job correctly. It is for this reason, I assume I have a lot of returning customers,” said Núñez.

He wakes up at sunrise to seek customers in the streets of Veracruz’s historic central plaza. However, due to the pandemic, he has faced a sharp decline in income.

“Due to the pandemic, I had to be isolated for almost two months. I felt anguish, desperation and anxiety as I was unable to work,” he said. “However, right now, I feel more at ease because, even though the pandemic continues, I see more people outside. Therefore, I can have clients. Some months ago, there were no people on the streets. If we were to work, the police would come and make us leave.”

Boleros use shoe polish, brushes and cloth to service a clientele that mainly visit tourist sites or the state’s coffee shops.

“I do not believe that boleros such as Don Margarito will disappear. After all, it is a trade that, though it is not always seen, is needed,” said Javier Dorantes, an employee of the Veracruz City Council.

Despite his long service, Núñez recognizes his work is changing. On a good day, he receives only five to eight customers.

“I will continue to shoe shine until God allows me to continue in good health. The day that I can not help even myself, that day I will stop,” said Núñez.

(Translated and edited by Mario Vázquez: edited by Fern Siegel)