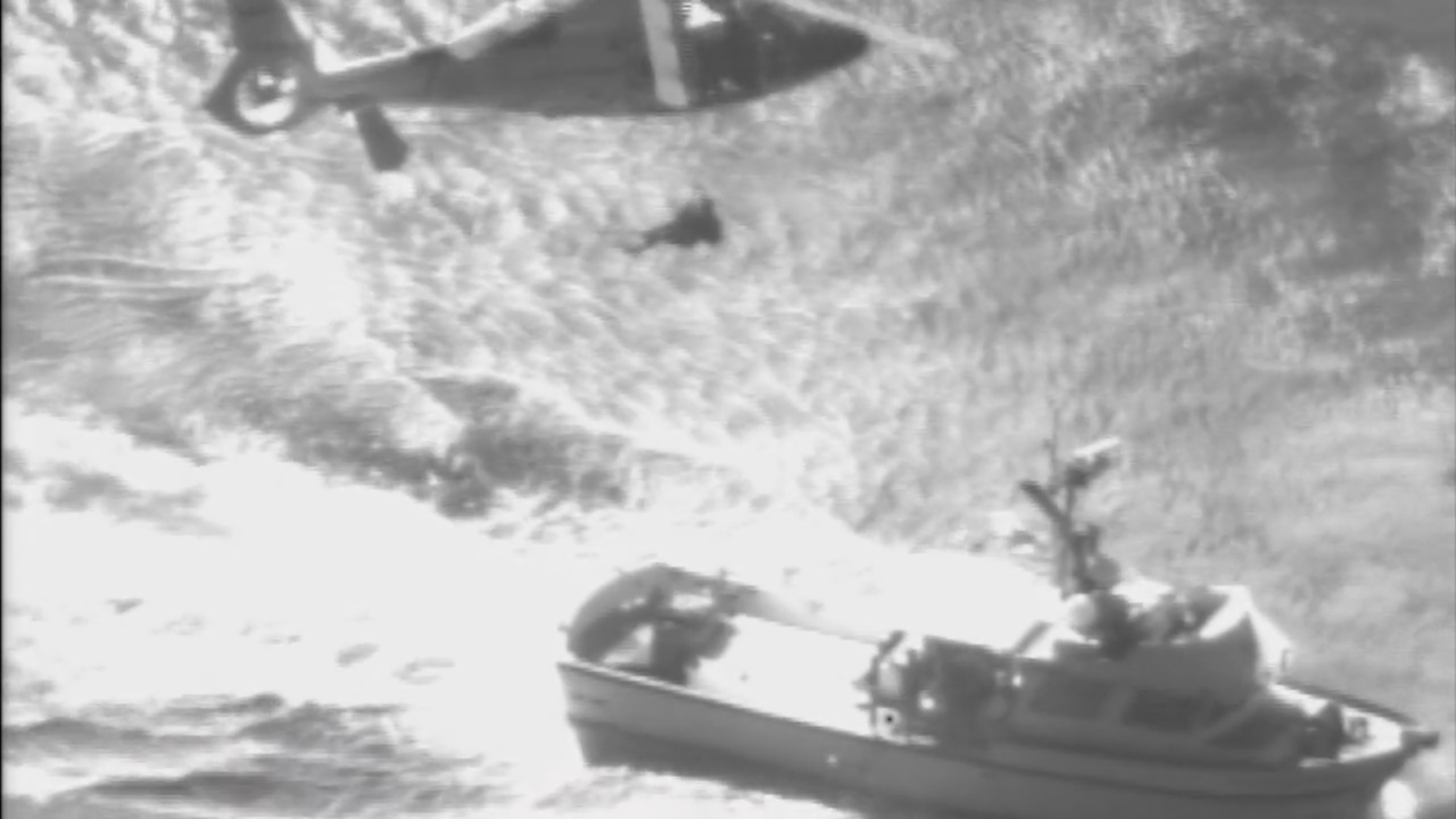 An Air Station Barbers Point MH-65 Dolphin helicopter crew hoisted the mariner from the yacht and transported him to Queens Trauma Center. The MH-65 is the Coast Guard’s primary rescue helicopter.

At this time, his medical status is unclear.

Watchstanders tried to radio the Vicious Cycle, but the vessel was out of range.

An HC-130 Hercules aircrew from Air Station Barbers Point was dispatched to assess the situation. Then, a Coast Guard duty flight surgeon requested a rescue helicopter.

Since the Vicious Cycle was beyond the Dolphin’s range, the Coast Guard Cutter Midgett (WMSL 757) served as a refueling station. The Dolphin aircrew later landed successfully and brought the injured mariner aboard.