An Indian Human Rights Organization claimed to have investigated 142 individual victims in the border areas of West Bengal. 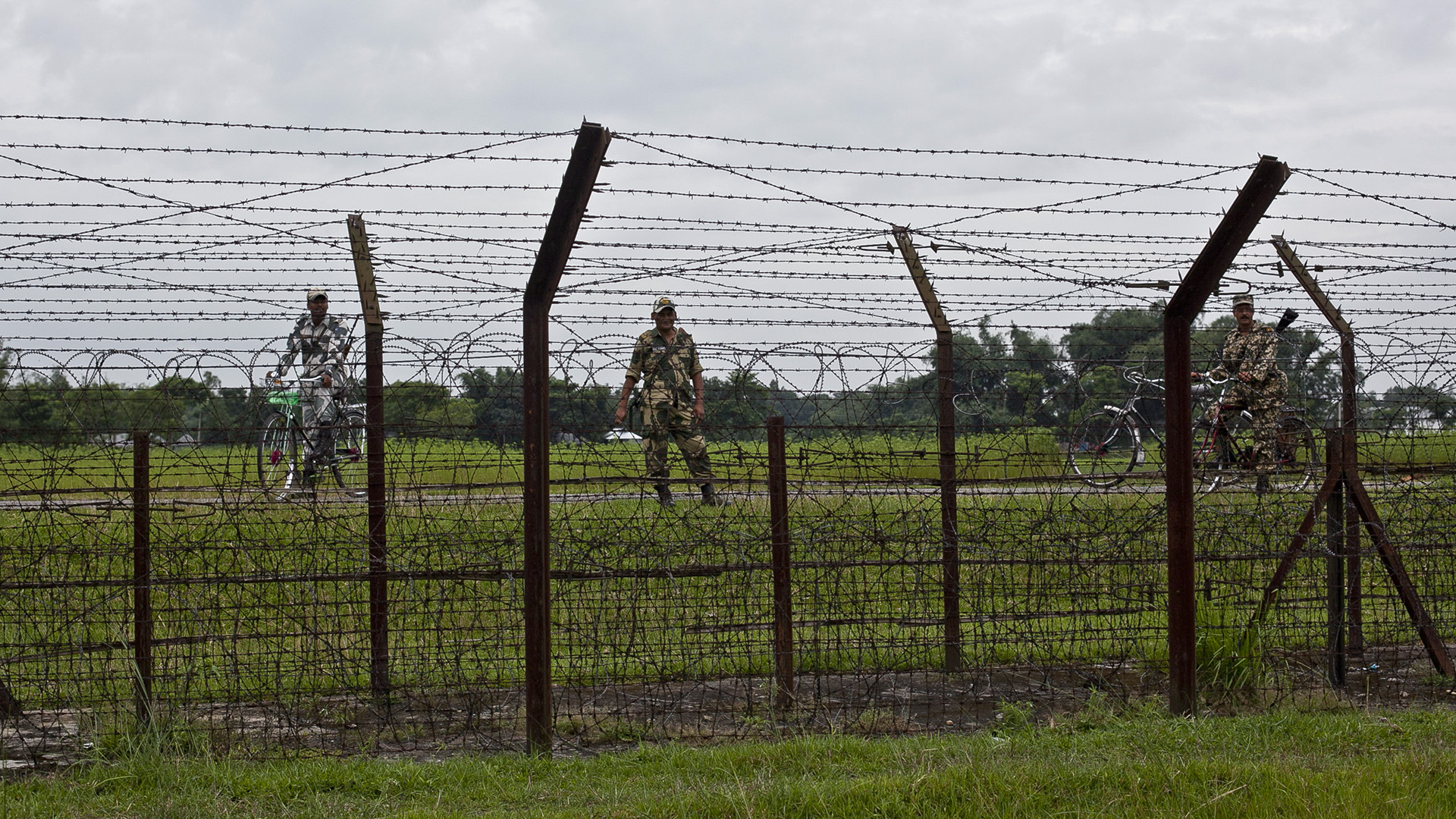 “The police and the Border Security Force did not entertain me and kept ignoring me,” Joshimuddin told Zenger News. “We received the body after four days.”

Mian had gone to visit a mela (carnival) with his friends on Dec. 17, 2020. He was found half-submerged in a remote bank of the river Ganga, which separates India and Bangladesh.

“When my son did not return, I feared he had met with a fate similar to many residents in our area,” said Joshimuddin. “He went near the border to attend a carnival with his friends. While returning, he was shot.” 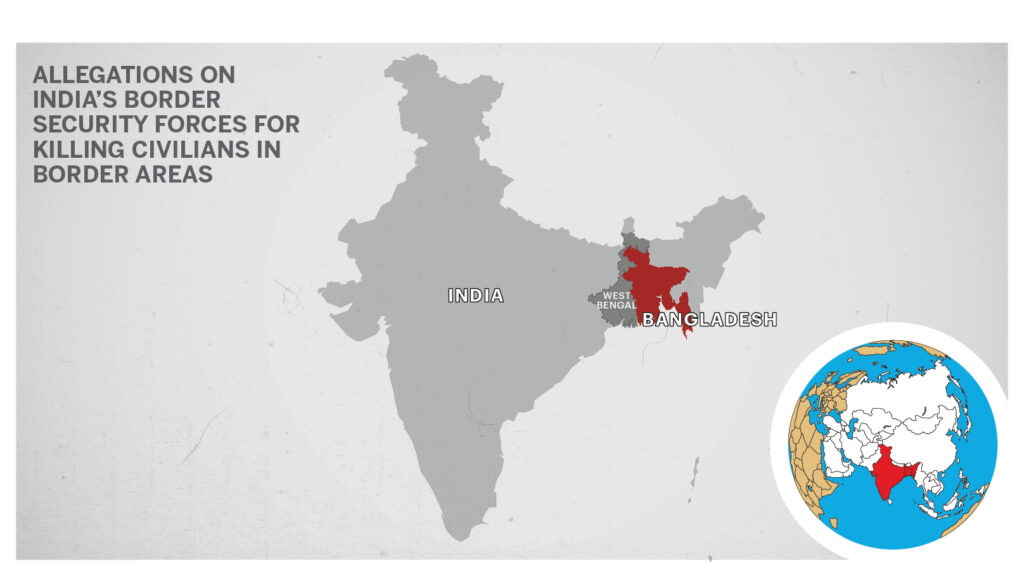 “I was unaware of the non-governmental organization (NGO) and procedures. All the initiatives were taken by few locals and members of the NGO. They protested when I was denied my son’s body on the second day. The issue became big, and the local politician got involved. After two days, the police claimed they found the body on a remote bank.”

India and Bangladesh, the two neighboring countries, share a land border of 4,096 kilometers (2,545 miles), of which 2,216 kilometers (1,377 miles) — the longest continuous border — is in India’s eastern state of West Bengal.

The grieving father, who lives in Deocharai, a village that is two kilometers (1.2 miles) from the border, said the Border Security Force handed over the body after several complaints from the locals and activists.

The Border Security Force, India’s main border guarding organization, has come under regular scrutiny for extrajudicial killings and ill-treatment of Indians and Bangladeshis residing near the border. Non-governmental organizations in India and Bangladesh and even Human Rights Watch have flagged the atrocities.

Banglar Manabadhikar Suraksha Mancha, an Indian human rights organization, claims to have investigated 142 individual victims in the border areas of West Bengal. Among them, 113 belonged to the Muslim community, 25 were Dalits (a community placed at the lowest in the Indian caste system), and four were Hindus. Of the 142, 25 were men, 86 women, and 31 minors.

“There are no basic rights of these people who reside near the border area. Section 144 (and emergency law used only to prohibits public gatherings during civil unrest) is permanently imposed in that region. Therefore, after sunset, civilians are not allowed to be outside even in an emergency.”

Roy says the Border Security Force decides everything for the civilians — from their movements on Indian land to the crops the villagers should grow in their land.

However, the Border Security Force’s South Bengal Frontier denied the allegations, claiming “they only use force when they come under attack, and a legal procedure is followed for criminals caught for cattle rustling, smuggling, and illegal crossings”.

The Border Security Force said such allegations were common from the Banglar Manabadhikar Suraksha Mancha.

A porous border between India and Bangladesh, particularly the one in West Bengal, facilitates cross-border smuggling of cows, weapons, and sometimes drugs. On most occasions, civilians become victims of crossfires or suspected identities.

“At the border town of Hilli [an international check post] in South Dinajpur, crossing the border simply means stretching a leg from a sturdy branch of a tree to a wall,” notes a study titled ‘The Subverted Indo-Bangladesh Border’.

“Across the riverine islands of the India and Bangladesh borderlands, small-scale traders and transporters operate according to the distinct logics of militarized infrastructures and legal regimes.”

About 80 percent of the deceased are Indian nationals, and 20 percent are Bangladeshi, as per Banglar Manabadhikar Suraksha Mancha’s data.

“The usual method of killing in the border region is shooting. Locals are tired. They have protested, but in vain,” Roy, the general secretary of the human rights organization, said.

Odhikar, a Bangladeshi human rights organization, says India’s Border Security Force has killed at least 334 Bangladeshis since 2011 and committed other instances of severe abuse, including 51 killings in 2020.

“The border killings went up drastically in past few years,” C.R. Abrar, president of Odhikar, told Zenger News. “The worrisome part is Bangladesh’s foreign minister [A.K. Abdul Momen] indicated that no killings are taking place at the border. That was a huge disappointment for the civilians. This happened when [India’s Prime Minister Narendra] Modi visited Bangladesh. Such a comment was made maybe to keep the relationship intact.”

Shila Khatun, a 30-year-old widow from Murshidabad district in West Bengal, has put up a long and arduous battle against the Border Security Force, who she said: “executed her husband Imajuddin on April 17, 2015”.

“As we had no toilet facilities in our house, we had to defecate in the open,” Bewa told Zenger News. “On that day, my husband went near the riverbanks. I became worried after learning that some cross-border smuggling activity was going on nearby, and Border Security Force personnel were involved in a brawl with the smugglers.”

“News came to me that the Border Security Force shot my husband shot twice in the back when he was returning from the riverbanks.”

“Some villagers offering morning prayers heard a sound of growling. They rushed towards the sound to discover my husband lying on the ground with two bullet injuries.”

Bewa lodged a complaint with the help of Banglar Manabadhikar Suraksha Mancha in the State Legal Services Authority, West Bengal, in 2019. Upon investigation, the board granted her compensation of INR 3 lakhs ($4,081).

Just like Joshimuddin, Bewa was not entertained until the members of the human rights organization intervened. Pressure from the Border Security Force and local police, a widow pension, and a house under a government scheme were some ways Bewa was coaxed to withdraw her case.

But she did not.

The Indian government issued orders to exercise restraint and end unlawful killings and made assurances to Bangladesh during their bilateral talks in December 2020.

However, the situation on the ground has not changed much.

India’s External Affairs Minister S. Jaishanakar, in a joint press conference with Momen in Bangladesh’s capital Dhaka in early March, had said, “as neighbors and friends, our joint objective should be [a] no crime, no death border”.

The countries have discussed the issue of cross-border killings of civilians several times. The latest such discussion between the Border Security Force and Border Guard Bangladesh took place in Guwahati from Dec. 22-26, 2020.

“The Border Security Force is taking the law into their hands,” Abrar, the president of Bangladeshi human rights organization Odhikar, told Zenger News. “If someone is violating border rules, they should be apprehended instead of being killed at the site. There has been no single case where a killed individual was carrying any lethal weapon. It is a blatant violation of international law.”

In a statement issued on Feb. 9 this year, the Human Rights Watch asked the Indian authorities to investigate and prosecute newly alleged abuses by BSF along the Bangladesh border.

“The Indian government should demonstrate its promised zero tolerance for abuses at the Bangladesh border by ending the culture of impunity for its border soldiers,” said Meenakshi Ganguly, South Asia director at Human Rights Watch, in the statement.

Human Rights Watch said they do not know about any case where the Indian authorities have held Border Security Forces soldiers accountable for the torture committed along the India-Bangladesh border.

“By prosecuting security personnel responsible for crimes, India can show its commitment to the rule of law in the region,” Ganguly said.

“Who will look after my son’s [Nur Mohammed Mian’s] wife and daughter?” asked Joshimuddin. “My son used to contribute to this family financially. My earnings are not sufficient to take care of my family.”