Face Masks At The Footy As Western Australia Eases Rules

West Australians will be required to keep wearing face masks indoors for another week after emerging from a Covid-19 lockdown. 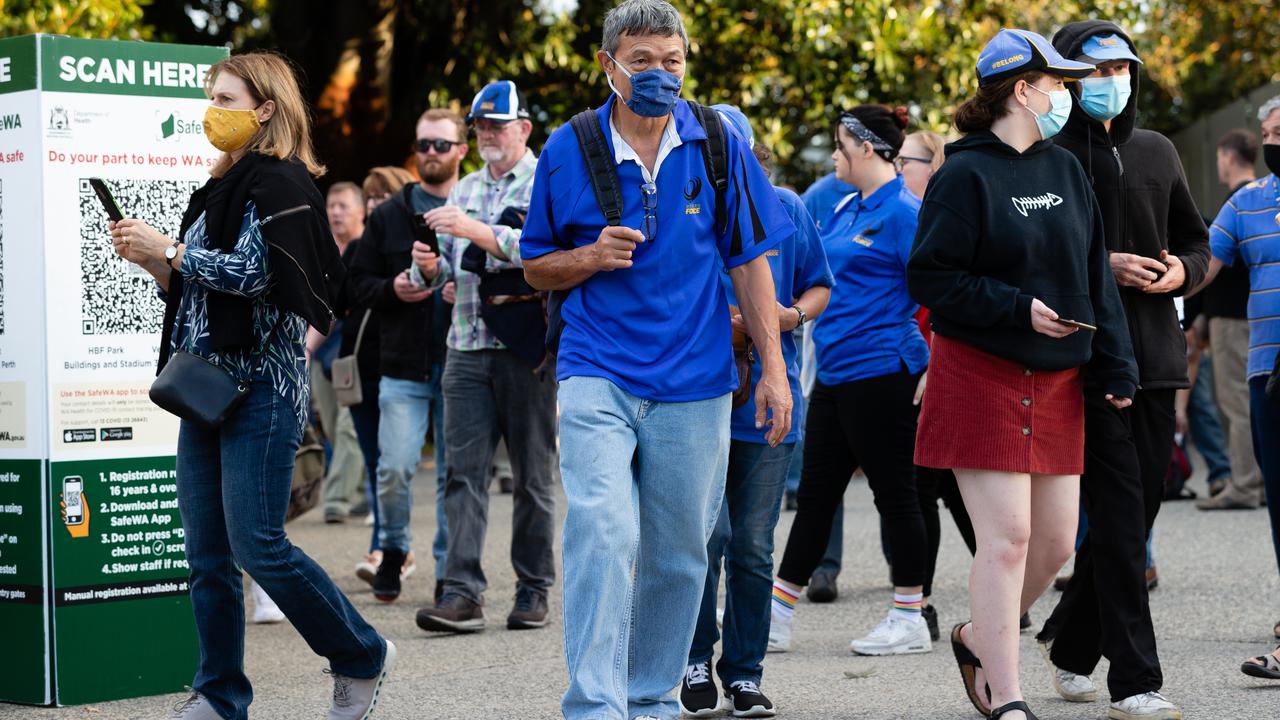 West Australians will require masks at indoor venues and in large crowds outdoors, for another week. (AAP Image)

PERTH, Australia — West Australians will be free to flock to the footy but must wear face masks under a further easing of coronavirus rules.

Some restrictions will remain for Perth and the Peel region until 12:01 AM on May 1, Premier Mark McGowan has announced.

No locally acquired cases have been detected for the past five days after Perth and Peel completed a long-weekend lockdown.

Masks will not be required outdoors from May 1 unless physical distancing is impossible, such as at major sporting events.

That includes Australian Football League’s western derby between West Coast and Fremantle on May 2 at the 60,000-capacity Optus Stadium, which will be allowed to host a 75 percent capacity crowd. 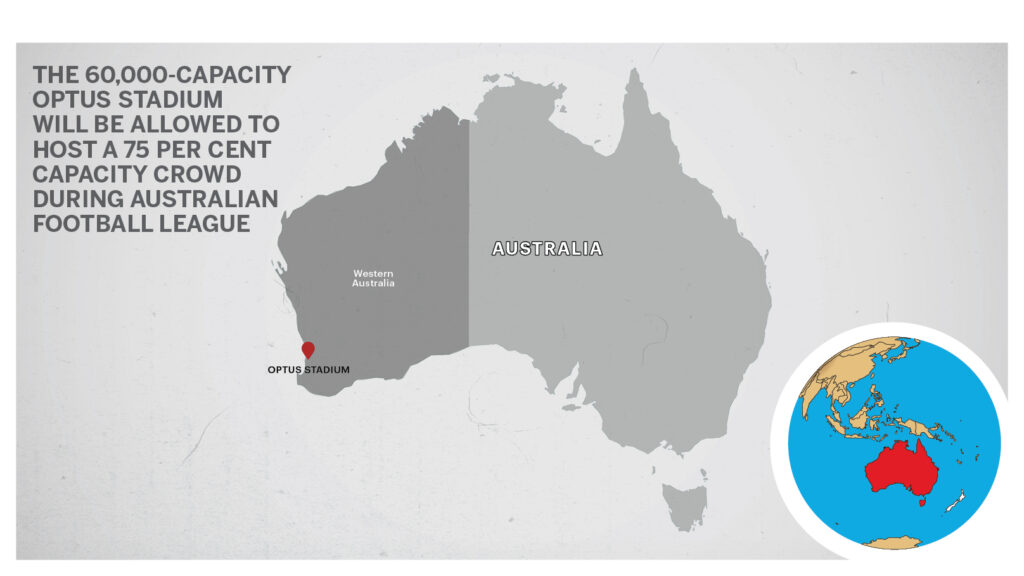 Cafes, restaurants, and other hospitality businesses will return to pre-lockdown capacity, but patrons will be required to wear face masks.

“If you leave your home, take your mask with you,” the premier said.

The restrictions apply to anyone who has been in Perth or Peel since April 17 and subsequently traveled to another region.

McGowan claims that the May 8 finish date ensured a 14-day incubation period from when the last local case was detected on April 23.

Two locally acquired infections were found after the virus leaked out of the Mercure quarantine hotel.

Authorities have identified 399 close contacts of confirmed cases, and all have returned negative test results.

But McGowan warned it was possible WA could record more locally acquired cases when close contacts are re-tested while in quarantine.

Initial treasury estimates have suggested an AUD 70 million ($54 million) hit the economy from the lockdown.

Small businesses that incurred direct costs, such as loss of perishable goods, will be eligible for support grants of AUD 2,000 ($1553.6).

“I know it might not be everything some businesses would want, but it is an acknowledgment of the impact and some support to assist,” McGowan said.

It will result in an indefinite reduction in WA’s cap on international arrivals, which has already been halved to 512 a week for the next month.

Opposition Leader Mia Davies claimed that they could have avoided the lockdown had the government acted on warnings about ventilation issues within its quarantine hotels.