China has called some Australian politicians ‘real troublemakers’ and urged them not to hype up the threat of war. 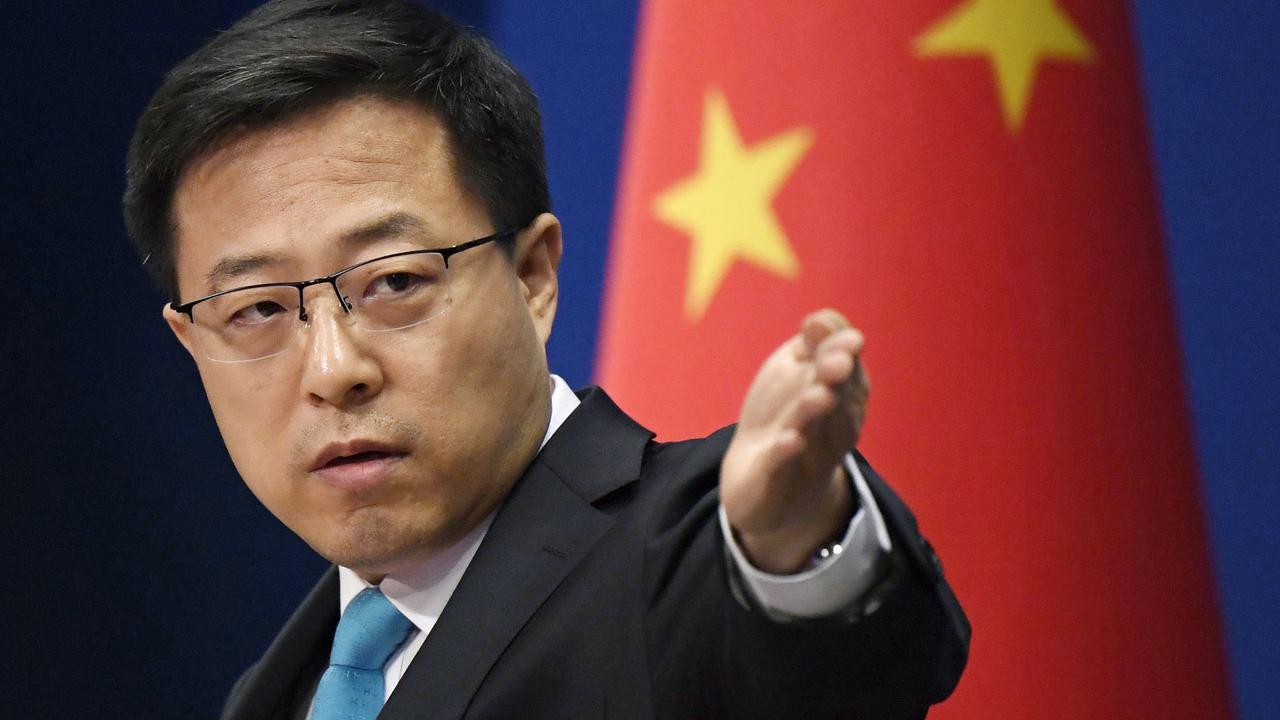 CANBERRA, Australia — China has called certain Australian politicians troublemakers and urged them to “shake off the Cold War mentality” amid fierce tensions between the two nations.

It comes after Home Affairs Secretary Mike Pezzullo declared the world’s “drums of war” were beating and that Australia must prepare for conflict in the region.

Chinese Foreign Ministry spokesman Zhao Lijian was asked about Pezzullo’s remarks in a press conference on April 28 and he gave a pointed response.

“Some individual politicians in Australia, out of their selfish interests, are keen to make statements that incite confrontation and hype up threat of war, which is extremely irresponsible,” he said, “These people are the real troublemakers.”

Zhao said Australia has benefited from cooperation with China for a long time, and that China is a promoter of peace and global development.

“As a country that has long benefited from cooperation with China, Australia is being untruthful and immoral with its false allegation of a ‘China threat theory’. This will only end up hurting its own interests,” he said.

“We urge certain individuals in Australia to shake off the Cold War mentality, stop making irresponsible remarks, and act in ways that are conducive to regional peace and stability rather than the opposite.”

On Anzac Day, Pezzullo delivered a hawkish speech in which he said Australia must strive for peace, but not at the cost of liberty. He did not specifically mention China.

“In a world of perpetual tension and dread, the drums of war beat — sometimes faintly and distantly, and at other times more loudly and ever closer,” he said.

“Today, as free nations again hear the beating drums and watch worryingly the militarization of issues that we had, until recent years, thought unlikely to be ­catalysts for war.

“Let us continue to search unceasingly for the chance for peace while bracing again, yet again, for the curse of war.”

“The overarching message from government is that we need to be alert but not alarmed,” she said.

“We’re obviously very conscious as a government of what is happening in the Pacific region, in particular, and we will always put Australia first, second, and third.”

“By all means, we need to stand up for our trade, stand up for human rights, but language like ‘drums of war’, I think that is pretty hyper-excited language,” he said.

The relationship between the two nations has crumbled in recent times, in part sparked by Australia’s early call for an inquiry into the origins of Covid-19.

China bristled and later slapped damaging tariffs on Australian barley and wine, while trade disruptions to other products followed. Tensions have heightened since.

And a parliamentary inquiry on April 27 was told Australia must call out China’s widespread use of forced Uighur labor.