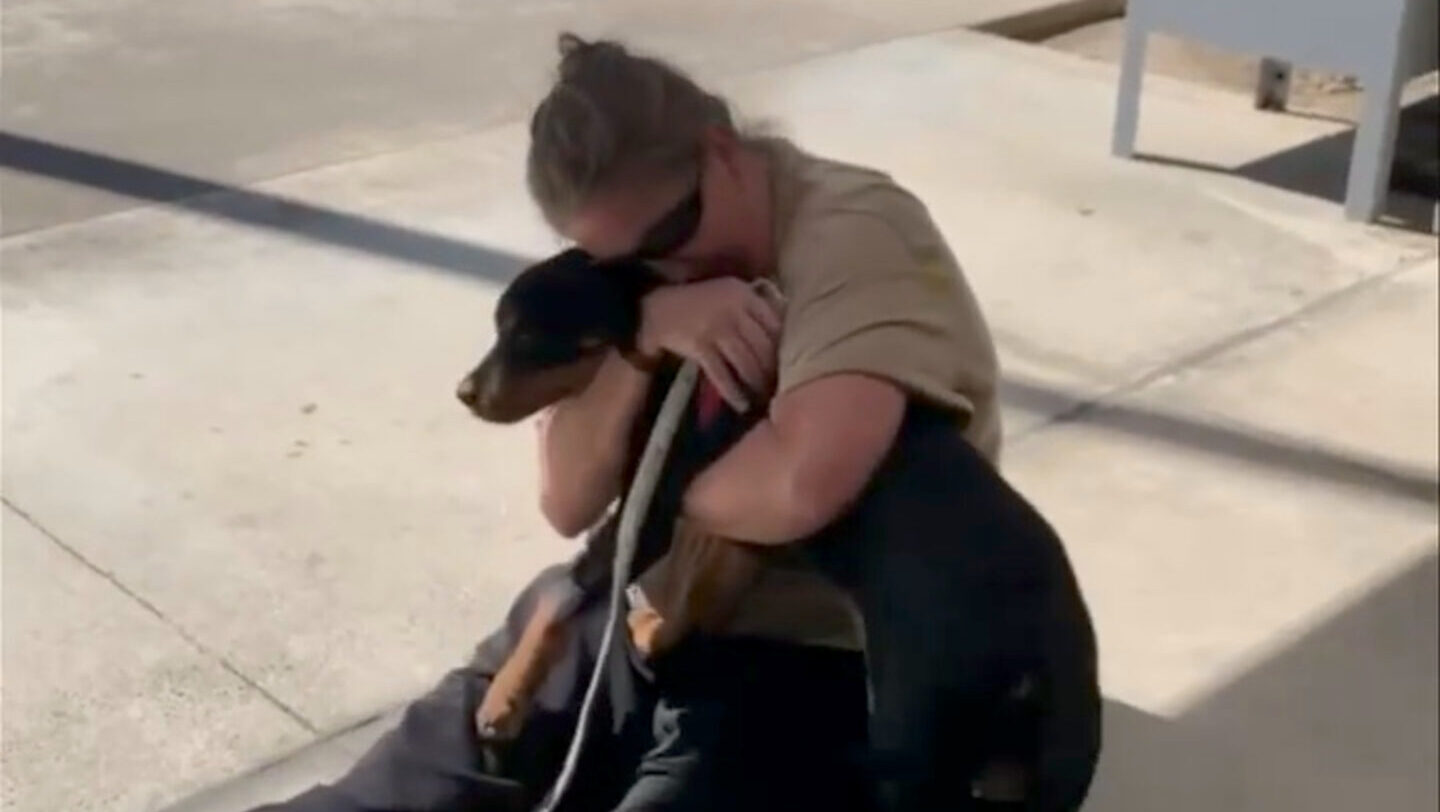 The stolen dog Ruby Rose was reunited with its owner in Sacramento, California. (@SacramentoPoliceDepartment/Clipzilla)

Dog is man’s best friend — a point underscored when a pet is separated from its owner.

The Sacramento Police Department shared video of the reunion of a stolen dog and her tearful owner on its Facebook page on April 28.

The dog, named Ruby Rose, was reported stolen from her owner’s front yard in south Sacramento over the weekend.

Two police detectives located the suspect’s car, with the suspect and the dog inside.

The unidentified suspect was taken into custody on theft-related charges.

In the video, Ruby Rose obediently walks on a leash with a police officer, who took the animal to her owner.

The dog jumps into her arms and wags her tail as her relieved owner cries. The owner was not identified.